Due to COVID-19 the One Book Lecture will now take place on Thursday, September 9, 2021

The One Book Villanova Committee is pleased to announce the One Book selection: Educated by Tara Westover.

Born to survivalists in the mountains of Idaho, she prepared for the end of the world by stockpiling home-canned peaches. In the summer she stewed herbs for her mother, a midwife and healer, and in the winter she salvaged in her father’s junkyard. The family was so isolated from mainstream society that there was no one to ensure the children received an education, and no one to intervene when Tara’s older brother became violent. Westover was seventeen the first time she set foot in a classroom.

Educated was named the ‘Nonfiction Book of the Year’ by the American Booksellers Association and one of the ‘10 Best Books of 2018’ by the New York Times. 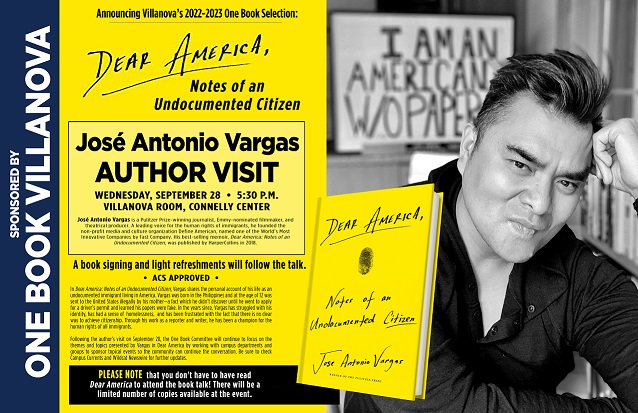 All events are free and open to the public unless noted*