Satellite launch scheduled to lift off Sept. 2 from Vandenberg Air Force Base in California 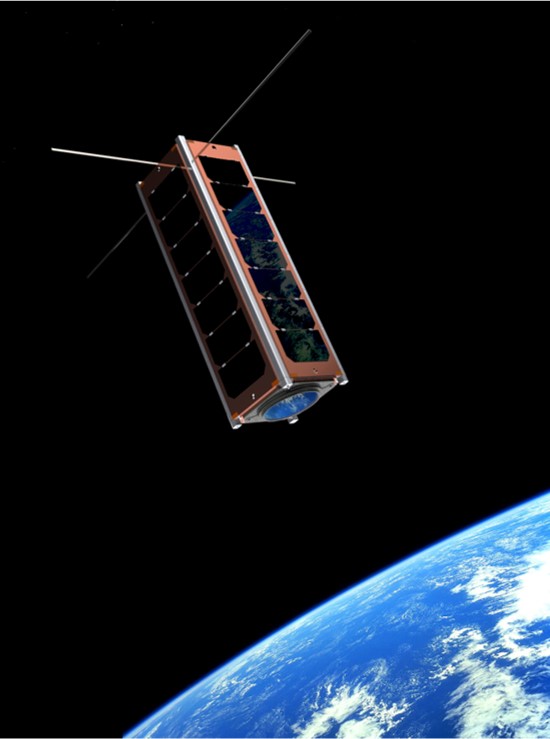 VILLANOVA, Pa. -- Researchers from the Villanova University College of Engineering will test the first private blockchain in space to validate blockchain technology for inter-satellite transactions, ushering in the future of space commerce. The tests will be conducted by Adjunct Professor of Engineering Hasshi Sudler and graduate student Alejandro Gomez. This will be the first Villanova experiment launched into space; it will also be the first test of a recent consensus protocol known as Proof of Authority, a means of confirming transactions through the use of several validator nodes that store data, securing the blockchain network.

Satellite transactions over the blockchain will be a way to securely request, transfer and pay for data between satellites. “Similar to a postal delivery, the receiver signs for the package to confirm receipt. Blockchain transactions do the same but with the added security of making sure many people witness the fact that you signed for a package, received it, and paid for it.  Because the group forms a consensus around this exchange, there is no need for a single trusted third party (TTP) to oversee the validity of the exchanges.  The blockchain allows two satellites to reliably complete data transactions without communicating with a ground station to supervise these inter-satellite exchanges,” explains Sudler.

To launch the blockchain into space, Villanova University is collaborating with Teachers in Space, Inc., a non-profit organization that developed the “Serenity” educational CubeSat satellite and secured a flight on Firefly Aerospace’s Alpha launch vehicle.  The two-stage rocket is tentatively scheduled to lift off from the Vandenberg Air Force Base in California in November.  Teachers in Space, headed by Elizabeth Kennick, president, has previously guided academic institutions in developing and flying experiments suborbitally and at the International Space Station.  This will be the first independent orbital satellite mission for Teachers in Space and a unique opportunity for Villanova University to conduct pioneering blockchain experiments on a satellite.  Serenity will also carry a suite of data collection sensors, and will provide its data in response to requests by amateur radio operators.

The satellite will remain in low Earth orbit for approximately 30 days, and controlled blockchain experiments will take place for the first 15 days.

Villanova researchers will grant select non-researchers access to the onboard blockchain for the remainder of the flight for measuring transaction performance under heavier traffic loads.  These individuals will be limiting a group of up to 10 individuals who have experience using blockchains.

While the satellite is in orbit, the latter half of the test period will be dedicated to open access from Villanova to perform test transactions between the ground station and the satellite. The transaction data will be test files (text and images of various file sizes) that will create various loads on the blockchain. These transactions will also be allowed to interact with Ethereum smart contracts (programs that can automatically trigger a new transaction when a specific condition is met).  All transactions are permanently recorded on the blockchain ledger.

Sudler notes that the blockchain provides a trusted and immutable means of tracking these exchanges between satellites that may belong to different companies or even different countries. “Benefits of inter-satellite transactions include lowering the need for numerous ground stations to maintain constant communication with orbiting satellites.  It also allows one satellite to leverage unique data held by other satellites to complete its mission.  And by leveraging data from satellites already in orbit, society can minimize excessive satellite deployments and reduce space debris, one of the highest risks to existing satellites,” says Sudler.

The experiment leverages an Ethereum Private Network using Proof of Authority as its consensus protocol.  Proof of Authority is considered more robust than other consensus protocols because it uses a validator’s identity rather than assets held to ensure validators are working in the best interest of securing the blockchain.  It also avoids using large amounts of energy associated with traditional blockchains.

The Ethereum Private blockchain is hosted on a Raspberry Pi (single board computer) and mounted in the ‘Serenity’ satellite, a 3U CubeSat weighing 2.6 kilograms.

The launch will be the first of several planned space flights in which future academic experiments aim to test several CubeSats in low Earth orbit transacting on a private blockchain.