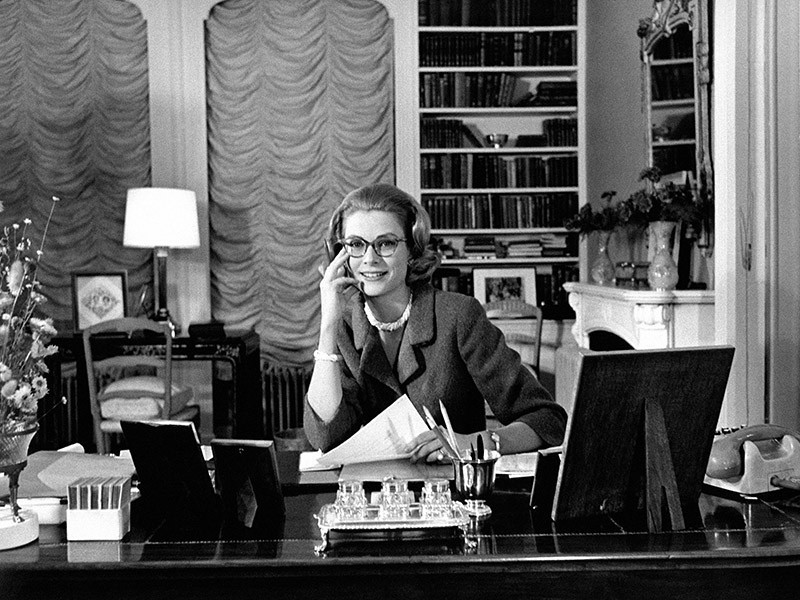 VILLANOVA, PA – The late Princess Grace of Monaco took great pride in her Irish heritage and in her hometown of Philadelphia. She was an avid collector of Irish literature—including rare volumes of James Joyce, Samuel Becket, Flannery O’Brien, John M. Synge and George Bernard Shaw. In 1984, her collection formally became the Princess Grace Irish Library of Monaco, under the aegis of Fondation Princesse Grace. Now, Villanova University’s Center for Irish Studies is helping to carry on the princess’ love of Irish literature and culture by forming an academic partnership with the Princess Grace Irish Library and the Kelly House in Philadelphia’s East Falls neighborhood. This partnership was made possible through support from the Connelly Foundation.

In the spirit of Princess Grace’s collaborative nature and her dreams of a collection that could be enjoyed and studied by all, the Princess Grace Irish Library—founded by her widower, Rainier III, Prince of Monaco—is a place of vital scholarship. It was founded not only to house her collection of 9,000 books but also to create a place for new scholarship in Irish Letters with residencies, lecture series and a children’s room, according to the Princess’ niece, Susan Kelly vonMedicus, who teaches in the Center for Irish Studies and the Department of Theatre and Studio Art at Villanova. The library also houses Princess Grace’s vast collection of Irish American music scores dating from 1840 to 1970.

“It is one of the Irish literary world’s treasures, one not known well enough,” notes Joseph Lennon, PhD, the Emily C. Riley Director of the Center for Irish Studies and associate dean of International and Interdisciplinary Initiatives at Villanova.

The Library’s Board of Trustees writes: “To be asked to join forces with the highly-distinguished Villanova Center for Irish Studies and the Kelly House is such an honor for the Princess Grace Irish Library—the perfect opportunity to develop transatlantic activities. We are truly grateful for this new opening and look forward to exciting new projects."

That same spirit of pride in Irish literature and culture is found at the Kelly House in the East Falls section of Philadelphia. Built by family patriarch John B. Kelly, a three-time Olympic gold medalist and founder of the family’s bricklaying enterprise, it is the home where Princess Grace and her siblings—including Philadelphia civic leader John B. Kelly Jr., for whom Philadelphia’s Kelly Drive is named—grew up. Now, thanks to support from her son Albert II, Prince of Monaco, it is a gathering place for Irish poets and musicians who share their work with enchanted audiences.

Villanova will also sponsor annual academic events at the Kelly House as part of the new partnership and, in fact, has already hosted several programs there. In April 2018, the University hosted an Opening Celebration for the Kelly House, with poetry readings by two of Villanova’s Heimbold Chairs in Irish Studies, Vona Groarke and Colette Bryce.

“It is especially apt and touching, as the only performing that Princess Grace undertook after her marriage was poetry reading,” said vonMedicus.

Over the past year, the University sponsored two other events at the Kelly House, including “Mick Maloney and Friends: Princess Grace Kelly’s Irish Sheet Music” and “Memoirs and Irish-America Roundtable and Readings.”

About Villanova University’s Center for Irish Studies: The Center for Irish Studies at Villanova University has been a leader for four decades in interdisciplinary teaching and scholarship on Ireland in a global framework. The Center connects students to local community organizations while also preparing them to become citizens equipped to take on the world’s most pressing challenges. Through liberal arts-focused academics, multi-disciplinary scholarship and key partnerships, the Center provides students with research, study abroad, and employment opportunities.