Type 1 Diabetes has taught Morgan Panzirer to live every day to its fullest and is the focus of her new book, “Actually, I Can: Growing Up with Type 1 Diabetes, A Story of Unexpected Empowerment” 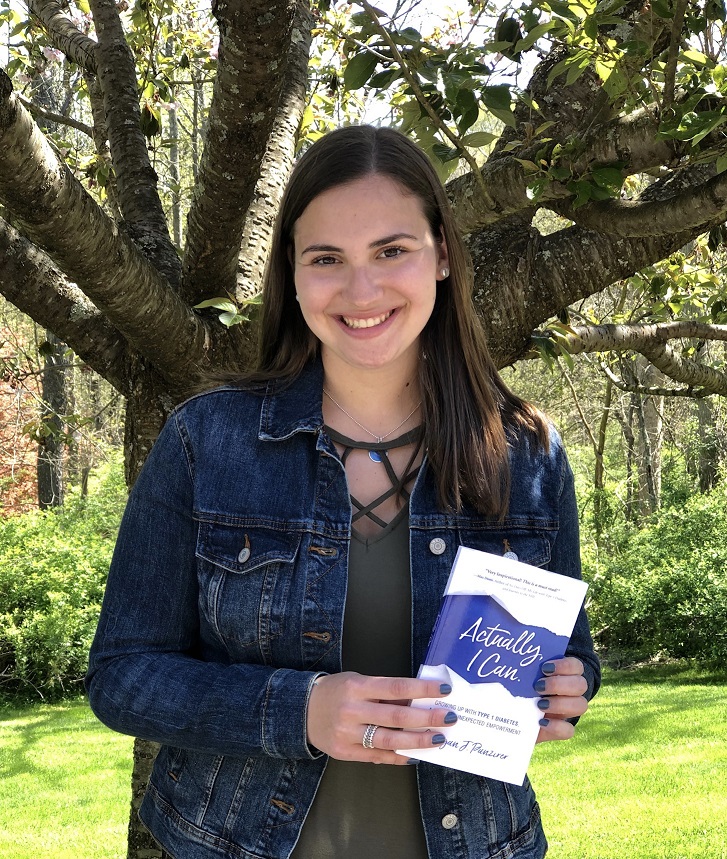 Villanova student Morgan Panzirer is a Biology major with plans to attend medical school for pediatric endocrinology after she graduates. She shares her experiences, and insight, on living with Type 1 Diabetes in a new book.

The sky is the limit for Villanova rising sophomore Morgan Panzirer. A Biology major with plans to attend medical school for pediatric endocrinology after she graduates, Panzirer is also a member of the University’s Equestrian Team. But she had to overcome many challenges to get to this point. At six years old, Panzirer was diagnosed with Type 1 Diabetes (T1D), an autoimmune disease in which the body attacks and kills its own insulin-producing cells. After facing her diagnosis and learning how to control the impact of the disease on her life, she became a vocal advocate in the fight against T1D. Now, Panzirer shares her experiences, insight, and inspiration in a new book, “Actually, I Can: Growing Up with Type 1 Diabetes, A Story of Unexpected Empowerment” (T1D Media), coming out June 9.

T1D – a life-altering autoimmune disease, which cannot be prevented and does not have a cure – affects nearly 1.6 million people in the United States alone. Panzirer experienced the effects of living with the disease first-hand and wanted to be a voice to other families and children facing Type 1.

“As time went by and I really started to understand the ins and outs of this disease, I realized that there was not enough outreach to support people battling T1D,” said Panzirer. “For that reason, I decided to use my platform of being a young person with Type 1 to help the general public understand the severity and need for research.”

Panzirer’s advocacy work began in 2009 when she attended Children’s Congress – an event that takes kids with Type 1 Diabetes from each state and brings them to Washington D.C. to speak with their state’s senators and lobby for funding. Since that time, she has continued to advocate on behalf of people living with Type 1 Diabetes, focusing on the importance of finding a cure, advancing better treatments, and improving the quality of life for those suffering from diabetes. In addition to Children’s Congress, Panzirer has spoken at numerous events around the world, including the Stem for Life Conference in Vatican City, Italy, and met with leaders including Pope Francis and President Barack Obama.

It was in seventh grade that Panzirer came up with the idea to write a book about living with T1D. After a couple years of writing, she put aside the work in progress, occasionally finding it again and adding ideas and experiences. There came a point where she had not looked at the book for more than a year – that is until her senior year of high school. It was at that time when she decided to ask her English teacher for feedback – which Panzirer hoped would provide her insight as to whether it was a project worth completing.

“I had no idea whether it was worth continuing or not,” said Panzirer. “My teacher loved it – and had some amazing ideas for how I could enhance it and connect the part I had written when I was younger, to a newer, more mature version of the book.”

Panzirer continued work on her book and in November 2019, during her freshman year at Villanova, found a publisher for the project.

“The day I signed with my publisher was one of the best,” notes Panzirer. “It was amazing that all of my hard work that I put in over the years was finally paying off. My goal in this whole project was to be able to empower other people living with T1D by sharing my story, and when I had the privilege to sign with a publisher who could help me do that, I felt like it was the first step in making my dream a reality.”

Panzirer hopes others can gain perspective from her experiences.

“It [Type 1 Diabetes] has made me appreciate every hour, every minute, and every second I stand on this Earth. But the truth is everyone should live this way, because you don’t know if you’ll receive life-changing news tomorrow, and you don’t know if today is your last day,” Panzirer writes in her book. “Everyone has obstacles in their lives; it’s just the way life is. But you don’t have to sit there and let them beat you down. Defeat them. Strength is a choice, and if you tell yourself you can get through whatever you’re battling, then you can.”