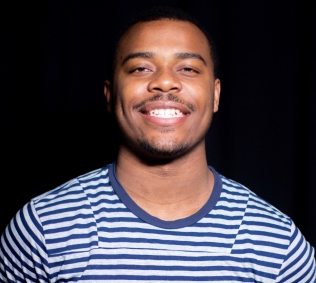 VILLANOVA, Pa. –  The Villanova University Alumni Association (VUAA) has named alumnus and former Villanova men’s basketball player Tony Chennault ’14 College of Liberal Arts and Sciences (CLAS), as its 2020 Young Alumni Medal recipient. The award honors alumni who have made outstanding contributions to one or more areas of society, including professional, academic and service to the University. Chennault will be presented with the Young Alumni Medal later this year.

“We are proud to present the Young Alumni Medal each year to an alumnus/a who has reached a significant level of achievement in his/her profession and who is a model of the quality and caliber of today’s Villanova student,” said George Kolb, Associate Vice President for Alumni Relations. “Tony’s work is a clear example of the commitment to the Augustinian ideals of truth, unity and love, and we find it inspiring not only in how he has represented his alma mater through this film and community work, but in how he has demonstrated the importance of a community dedicated to service to others.”

A 29-year-old filmmaker, entrepreneur and Philadelphia native, Chennault was raised by his mother, Crystal Morton. He learned the true meaning of hard work watching her work multiple jobs, and he learned his passion for the game of basketball on the playgrounds of Philadelphia. Prior to his time at Villanova, Chennault won two consecutive Philadelphia Catholic League high-school basketball championships at Neumann-Goretti. After high school, Chennault decided to attend Wake Forest University and later transferred to Villanova, where he played two years for head coach Jay Wright and was a key contributor off the bench for the Wildcats.

“The thing I love most about the Villanova community is the unity we have amongst each other,” Chennault says. “The sense of pride that Villanovans have is unique. Villanova’s mantra is "ignite change" and I wanted the work I do in the world to be meaningful that can help push that culture forward.”

Chennault’s mission is to produce narrative driven stories that can drive social change and reframe the way people of color are represented in mainstream television. When his older brother and father-figure, Mike Jay, was killed as an innocent bystander in a drive-by shooting in 2012 and his mother Crystal passed away nine months later, he decided to redirect his focus to filmmaking.

After graduating from Villanova in 2014, Chennault started an online web series, Oldhead, which highlights the socio-economic issues within the urban, black and brown community. Named after a slang term used to mean an authority figure who passes their wisdom down to a younger generation, the series has accumulated over 1.5 million views on Chennault’s YouTube channel, and is currently in production on their third season. Chennault won Best Director for his work at the Ekiah Film Festival. His screenplay Dollar Party won the Act Up! Screenwriters competition at the Hip Hop Film Festival Chennault.

Chennault has remained involved with the University through his participation in Villanova on Set, a program designed to expose Villanova students to the various facets of the Hollywood television and film industry, was the keynote speaker for the 2014 CLAS convocation ceremony and conducted a speaking tour for his documentary, In Transition, at different VUAA clubs around the country.