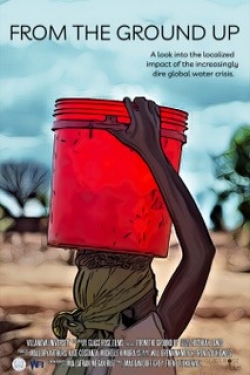 VILLANOVA, Pa. –– Sixteen Villanova University students, part of the student production company Glass Rose Films, spent two weeks in Tanzania in October 2019 to film their documentary, From the Ground Up, that showcases the realities of unequal access to clean water. The film is part of an annual social justice documentary course led by Hezekiah Lewis, Assistant Professor of Communication. The documentary was set to debut this spring, but the students had to adjust their plans due to the coronavirus pandemic. Instead of an in-person screening, the production team will host a digital premiere on April 23 at 8 p.m. EST.

The virtual pay-per-view event will be available for a minimum donation of $5, with the proceeds going towards a fundraising initiative to build two water wells in Tanzania. Those interested in watching the April 23 debut can do so by clicking the “Rent Now” button on the production team’s website. The film will officially premiere on campus in September at Villanova’s Center for the Performing Arts.

From the Ground Up focuses on a woman named Adija and her community in Malolo, Singida, which lacks access to clean water. The documentary observes Adija’s daily life as a woman and a leader of her community as she prepares meals for the children, washes her dishes and takes routine walks to the hole in the ground where she, and others from Malolo, retrieve their water. This story is common amongst women in communities that do not have adequate access to clean water in the arid regions of Singida.

“This film is so much more than a documentary,” said Will Brenninkmeyer, one of the film’s directors. “From the Ground Up is an intimate and immersive experience that can and should evoke a sense of injustice and global responsibility in each and every viewer. This is not a documentary that reveals devastating facts and figures to highlight the pain and suffering that people experience living in a remote area of the world. This is a film about love, the triumph of perseverance over struggle, and the value of our world’s most precious resource: water.”

The students partnered with the Chris Long Foundation’s Waterboys initiative to learn about their clean water projects in Tanzania, and the impact these have had on rural  communities – in comparison to villages that lacked adequate access to clean water. Waterboys unites players and fans of the National Football League to bring clean, accessible drinking water to Tanzanian communities in need. The Glass Rose Films team worked with Waterboys in Tanzania to connect with local government contacts in Singida as well as translators through their partner organization, Worldserve International, to facilitate their filming.

Impacted by their trip to Tanzania, Glass Rose Films wants to give back to the two villages they visited, Malolo and Jamida. They are hoping to raise $90,000, which will fund two solar panel wells to be built for those communities. For more information about the initiative, click here.

“These two villages welcomed us into their lives, allowing us to amplify their voices in order to share this important message,” says Trent Zulkiewicz, co-director of Glass Rose Films. “We want to show our gratitude by providing a source of immediate relief to the water crisis that they face each day. These wells are something tangible that can make an immediate impact upon installation and change the lives of two wonderful communities.”

The Social Justice Documentary program is funded by Villanova’s Waterhouse Family Institute for the Study of Communication and Society and the Nord Family Foundation. Each year, the students in the program create their own production companies and submit their film to festivals around the world. Villanova received the Gold Medal in the Documentary/Domestic Film Schools Category at the 2019 Student Academy Awards. Villanova has been named as finalists four times at the Student Academy Awards.