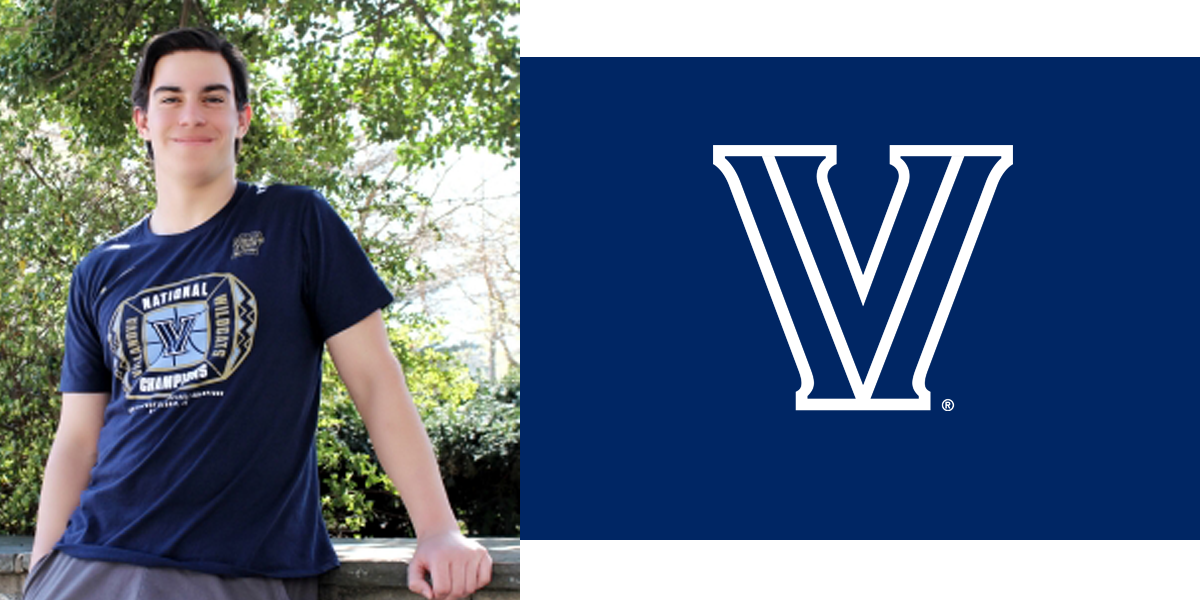 VILLANOVA, Pa.— Christopher Bragança, a junior Biochemistry major in the College of Liberal Arts and Sciences (Hollywood, Maryland) at Villanova University, has been named as a 2020 Goldwater Scholar by the Barry Goldwater Scholarship and Excellence in Education Program. Bragança was selected as a Goldwater Scholar from a group of more than 1,300 institution-nominated students nationwide.

The son of an Air Force veteran, Bragança aspires to develop novel treatments for PTSD and neurodegenerative disorders as a physician-scientist, focusing especially on disorders that impact veterans and military personnel. He joined the research group of Dr. Daniel Kraut, associate professor of Biochemistry, as a Match Research Program grantee in his first year at Villanova. Bragança was selected as a Villanova University Beckman Scholar to receive 18 months of research support from the Arnold and Mabel Beckman Foundation. His research as part of Dr. Kraut’s lab focuses on proteasomes, which are critical for maintaining cell health and function.

“Villanova students’ continued success in the Goldwater Scholars program is remarkable,” said University Provost Patrick G. Maggitti, PhD. “This renowned program has served as a springboard for our student-researchers with recent Villanova honorees going on to become Knight-Hennessy and Marshall scholars, NSF Graduate Research Fellows and Fulbright Students. I congratulate Christopher on this prestigious honor and look forward to seeing all the future holds for him.”

An Eagle Scout committed to public service through science, Bragança has presented his research on proteasomes and recently delivered a TEDx talk on the neuroscience of the negativity bias. He is the Vice President of the Villanova chapter of the American Society for Biochemistry and Molecular Biology, through which he mentors incoming Biochemistry majors. Bragança also tutors elementary-aged students in West Philadelphia with Mighty Writers. He intends to pursue a MD-PhD in neuroscience and specialize in neuropathology. His career goal is to investigate the role of proteasome processivity in neurodegenerative disease while developing novel treatments for patients.

The Goldwater Foundation awards $7,500 scholarships to sophomores and juniors who intend to pursue research careers in the natural sciences, mathematics or engineering. It is widely considered the preeminent award for undergraduates preparing for research careers in STEM.