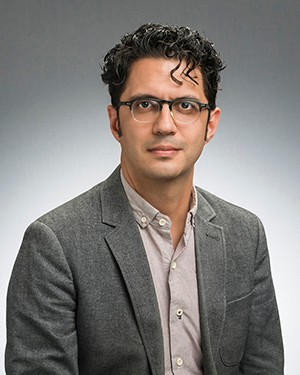 Founded in 1883 and today comprising more than 25,000 members from 100 countries, the MLA works to strengthen the study and teaching of languages and literature. Dr. Javadizadeh’s essay, “The Atlantic Ocean Breaking on Our Heads: Claudia Rankine, Robert Lowell, and the Whiteness of the Lyric Subject” appeared in the May 2019 issue of PMLA.

“’The Atlantic Ocean Breaking on Our Heads’ rose gracefully from a comparison of a line appearing in poems written by Claudia Rankine and Robert Lowell to a far-reaching and sophisticated argument about lyric subjectivity and whiteness,'” cited the MLA awards committee in announcing the honor. “Based primarily on insightful close readings of texts by Rankine and Lowell, [the essay] skillfully works those astute interpretations in a broader context involving the racial dynamics of various genres of twentieth-century poetry, particularly lyric verse (confessional and experimental). Javadizadeh’s exceptionally thoughtful essay has important implications beyond the two authors at its center, making a substantial contribution to the field of new lyric studies.”

Dr. Javadizadeh’ s research and teaching focus on poetry and poetics. He is the author of the forthcoming Institutionalized Lyric: American Poetry at Midcentury from Oxford University Press.  His essays have appeared in the journals Modernism/modernity, Arizona Quarterly, and The Yale Review and in several edited anthologies. He is coeditor of Poetry Networks, a forthcoming special issue of College Literature. He earned his doctorate from Yale University and has also taught at Pomona College and Connecticut College. He is now in the early stages of a new book project, one that weaves together literary criticism, memoir, translation, and the tangled histories of the United States, where he grew up, and Iran, where he was born.