Spotlight on Scholarship: A Look at Villanova Faculty Scholarship Focused on Indigenous Peoples and Native American History and Law 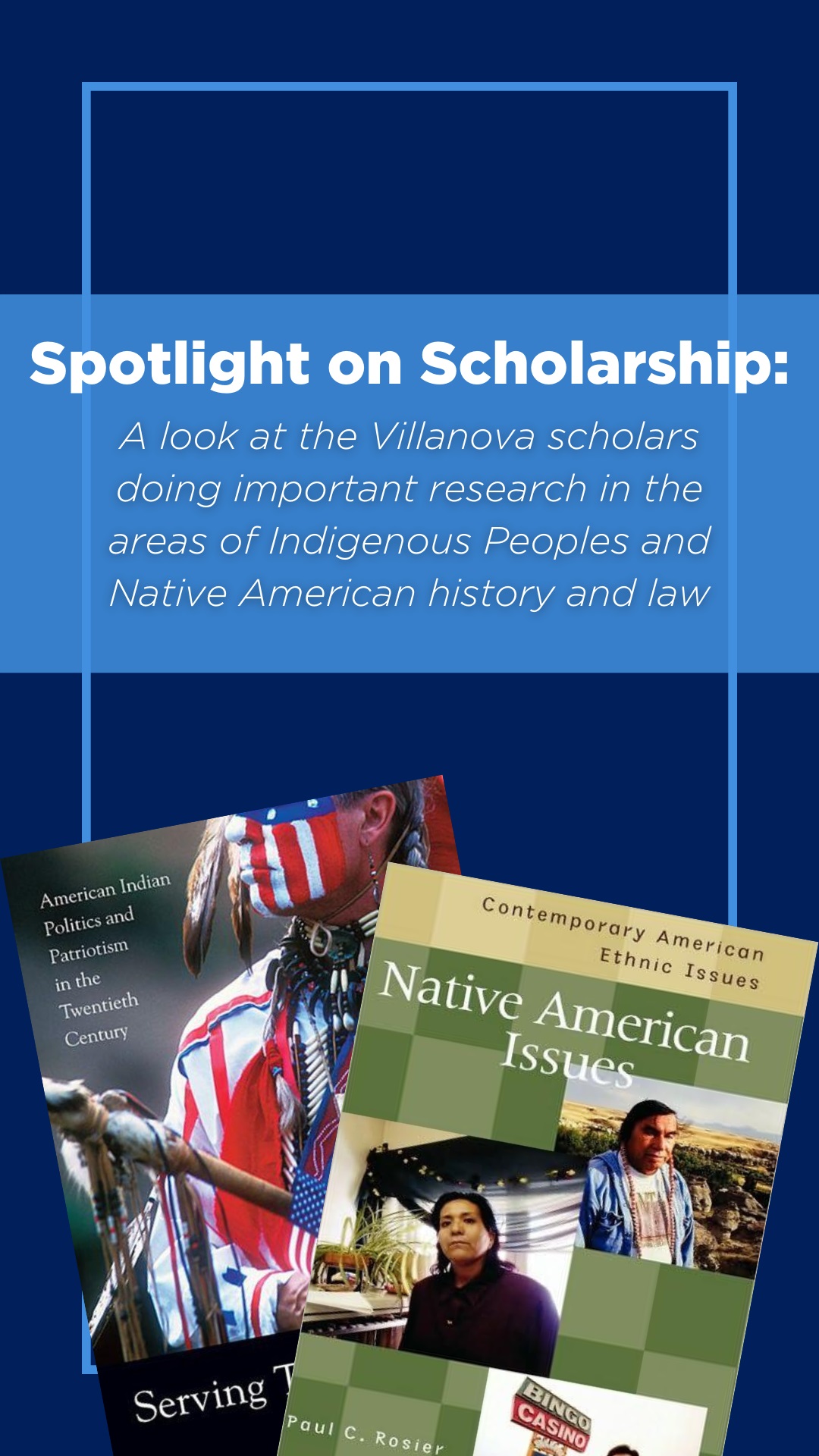 The second Monday of October—which in 2021 falls on Oct. 11—marks Indigenous People’s Day in the United States. At Villanova University, the work of faculty scholars across several disciplines focuses on the areas of Indigenous studies, Native American history and law.

Dana Lloyd, PhD, is an assistant professor of Global Interdisciplinary Studies at Villanova. She works at the intersection of religious studies, legal studies, Indigenous studies, and environmental humanities. Her first book manuscript, Arguing for This Land: Rethinking Indigenous Sacred Sites, is currently under contract with University Press of Kansas. Lloyd has also written extensively on the topic for the Political Theology Network, in addition to other publications.

Rosier and Lloyd also teach courses at the University related to Native American studies. Rosier teaches an undergraduate course on American Indian History, while Lloyd is currently teaching a Peace and Justice course titled “Native America and the Question of Genocide.”

Ann C. Juliano, JD, a professor of Law at Villanova University’s Charles Widger School of Law studies and teaches on a variety of legal topics, including Federal Indian law. Juliano contributed a book chapter to the Indian Law edition of the Stories series, explaining the backstory behind the important Supreme Court cases in substantive areas. She has also written articles discussing the United States’ trust responsibility to Native American tribes which have been relied on by federal courts.