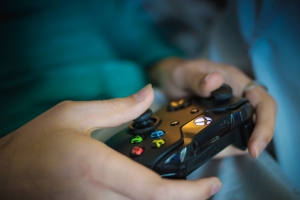 VILLANOVA, Pa. — In the first seven months of 2019, there have been 22 shootings at schools in which someone has been injured or killed. In many instances, violent video games are attributed as the root cause, even though research and analysis proves otherwise.

Now, new research and two different studies from Villanova University professors show that people are likely to erroneously blame violent video games for school shootings when the perpetrator was White than when the shooter was Black. The research was conducted by Psychological and Brain Sciences professor Patrick Markey, PhD, and associate professor Erica Slotter, PhD at Villanova, as well as colleagues at Virginia Tech and the Pennsylvania State University. The research was just published by the American Psychological Association.

“Because video games are disproportionately blamed as a culprit for mass shootings committed by White perpetrators, video game “blaming” can be viewed as flagging a racial issue,” Markey said. “This is because there is a stereotypical association between racial minorities and violent crime.”

In the first study, researchers created a fictional story involving a teenager who was responsible for a mass shooting at a high school. Readers were told he was a fan of violent video games and had been taken into custody after the shooting. Each story also featured a mugshot of the individual, but two versions were created: one portrayed him as White and the other as Black. They found in this experiment that the perpetrator’s race causes individuals to blame video games more when the shooter is White than when the shooter is Black. Additionally, if the reader did not play video games, they were more likely to blame video games as the reason for the shooting.

The second study examined over 200,000 news articles of 204 mass shootings between 1978 and 2018, committed by either White or Black perpetrators. For the purpose of the study, they defined a mass shooting as three or more victims, not including the shooter, and was not identified as gang, drug or organized crime related. They found video games were mentioned 8.5 times more often in school shootings when the perpetrators were White compared to when they were Black.

Overall, this research seems to suggest that members of the media and political leaders seem to gravitate towards video games being the cause of the shooting when the perpetrator does not fit the image of a person who might not commit a violent act.

“Media sources and audiences appear to be more receptive to alternate causes for mass shootings perpetrated by Whites than by members of minority groups,” says Markey. “Unfortunately, this disparity may have dire consequences, affecting not only perceptions of video games’ effects, but also reflecting disparities in the culpability we assign to criminals depending on their race.”