The Consequential Effects of Prison Gerrymandering 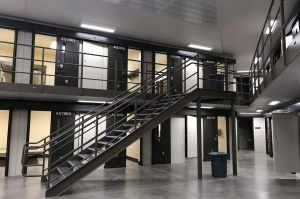 As the 2020 census nears, talk has heated up about ensuring equal representation across the United States. And you may not realize how prisoners are accounted for.

Legislative districts in most states are drawn to include prisoners as residents where they are incarcerated and not where their true ‘home’ district is, which are typically in more urban regions of the state. This includes Pennsylvania. Villanova sociologists Brianna Remster, PhD, and Rory Kramer, PhD, examined this issue in more detail in recently published research.

Remster and Kramer looked at how incarceration shifts representation in this manner, while also figuring out the number of residents a legislative district might gain/lose if prisoners were ‘returned home’ and counted as residents in their home area. They used data from the Census, Pennsylvania Department of Corrections and Pennsylvania Redistricting Commission.

In their analysis, they found:

"Mass incarceration has resulted in 264,000 Pennsylvania residents being constitutionally underrepresented," Remster said in an interview with WITF. "Of that 264,000, over 100,000 are black Philadelphia residents."