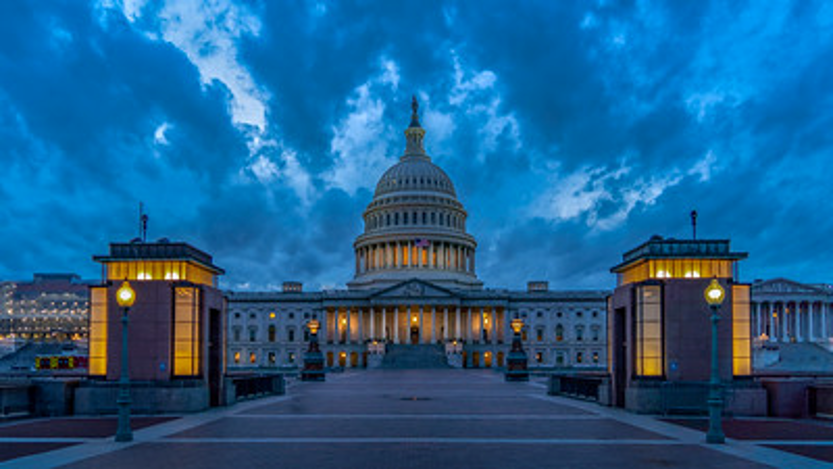 On December 19, 2019, Representative Donna Shalala of Florida’s Twenty-Seventh Congressional District introduced the Congressional Advisory Commission on Intercollegiate Athletics Act, which currently has six co-sponsors and, according to one of Shalala’s legislative assistants, calls for an independent commission to issue a report upon a two-year investigation of “‘the NCAA’s lack of accountability for athletes who commit sexual assault . . . and the practice of transferring to other institutions.’”[1]  The “lack of accountability” to which Shalala’s legislative assistant referred is the NCAA’s current policy silence on—and, thus, permission of—colleges and universities recruiting and enrolling student-athletes who transfer after having engaged in sexual violence at another institution.[2]

Representative Shalala is, herself, a former higher education administrator, having served, inter alia, as President of the University of Miami and Chancellor of the University of Wisconsin before serving as a Member of Congress.[3]  Bringing this experience with her, she has explained how the absence of a governing NCAA policy “really goes not only to the integrity of the NCAA but the integrity of the colleges themselves.”[4]  The Representative from Florida went further, succinctly distilling the bill’s purpose down to one word: “accountability.”[5]  She and her co-sponsors view their bill as an effort to ensure “everyone [is] being held accountable for their behavior, and for the NCAA to be accountable for the behavior of athletes.”[6]

While Shalala’s bill has, for now, been referred to the House Committee on Education on Labor, some key stakeholders outside the halls of a Capitol first nearly empty due to a winter holiday and then bustling but focused, instead, on an impeachment inquiry have nonetheless taken notice: the bill may have been a catalyst for related action by the National Collegiate Athletic Association (NCAA) Board of Governors.[7]

According to its website, the NCAA’s “Board of Governors is [its] highest governance body.”[8]  This twenty-five-member governing body consists of fourteen university presidents and chancellors of FBS, FCS, Division I, II, and III schools; several independent members that include the a former White House Chief of Staff, former Surgeon General of the United States, and one of the co-owners of the NBA’s Atlanta Hawks; and several ex officio members that include the President of the NCAA.[9]  The Board met four times each year from 2015 through 2017 and five times in both 2018 and 2019.[10]  During these proceedings, the Board meets to fulfill its charge: “ensuring that each division operates consistently with the basic purposes, fundamental policies and general principles of the Association.”[11]

While the Board adopted a policy regarding campus sexual violence in August 2017 and amended it almost one year to the day later, the NCAA’s policies—as of early February 2020—remain silent on student-athlete transfers after the athlete is accused of, charged with, convicted of, commits, or is punished by an academic institution for sexual violence.[12]  Yet, the Board’s Chair has indicated the Board is “committed to addressing this very important issue,” and, reportedly, the Board will meet “in the coming weeks” to discuss promulgating such regulations.[13]

Representative Shalala and her six co-sponsors have not been the only voices highlighting the NCAA’s policy absence; USA Today published an exposé on this phenomenon of student-athletes who committed sexual violence transferring universities and being allowed to play without official consequences, which it dubbed “Predator Pipeline.”[14]  The article explores the striking contrast between the NCAA’s sanctions “for bad grades, smoking pot or taking money” on the one hand and, on the other, its lack of “specific penalties for sex assault” within “its 440-page Division I rulebook.”[15]  The USA Today report does not claim to be all-encompassing; this is due in large part to more than ninety percent of the contacted coaches and athletic directors refusing interview requests and more than eighty percent of the 226 public Division I universities about which the news organization filed official requests for records to be made public being denied, according to USA Today, voluntarily because of federal law that would otherwise permit the public universities from complying.[16]  Nevertheless, the article profiles thirty-three student-athletes who—along with the school to which they transferred—took advantage of the NCAA’s regulatory silence, which allowed them a return to the game sometimes immediately and never with a wait longer than one year.[17]

That the NCAA has retained a policy silence at a time when student-athletes are disproportionately responsible for sexual violence charges at universities is unacceptable.[18]  For the survivors of countless acts of sexual violence—only the smallest fraction of which are publicly known—perpetrated by student-athletes and for future students who, statistically, will be forced to try to survive the same violence, the very least the NCAA can do is to wake up to the reality around it, act swiftly to mitigate the ubiquity of sexual violence perpetrated by student-athletes on its watch, and pressure member institutions to do the same.[19]  One simple and self-evident measure would be to require institutions of higher education to seek the record of discipline from a transferring student’s originating institution prior to approving the transfer—a common sense paperwork request multiple schools in the USA Today investigation neglected to make, providing plausible deniability when schools claimed they knew not of a student-athletes past.[20]  Despite such an obvious solution evading implementation until September 2019, implementing this specific measure is neither inconceivable nor protracted: several universities and even a few conferences have already adopted it in the subsequent four months.[21]

Because of the NCAA’s refusal to endorse this or any similar measure nationwide to date, Congress ought to act with bicameral and bipartisan support on Representative Donna Shalala’s bill to compel an investigation.[22]  Legislatures have recently demonstrated the effectiveness of exerting significant pressure on the NCAA to achieve policy reform; like incentivizing the NCAA to spring into action by passing the Fair Pay to Play Act in California with additional pressure from other states and members of Congress, passing Shalala’s bill would similarly incentivize action by the NCAA Board of Governors to address this tremendous transfer tragedy.[23]  Although an NCAA policy promulgation is not a panacea for sexual violence by student-athletes, each actor in such a pain-filled system must do its part to rectify past harms and prevent future ones.[24]  Closing off the “predator pipeline” must be the NCAA’s first step of many in that direction.[25]

[5] See id. (illustrating Shalala’s call for NCAA to adopt more accountable policies); see also Swinton, supra note 2 (underscoring Shalala’s adamance in support of this reform, asserting “there is ‘no question’ the NCAA should have a personal conduct policy for student-athletes, along with strict transfer regulations”).

[9] See Board of Governors, NCAA, http://web1.ncaa.org/committees/committees_roster.jsp?CommitteeName=EXEC (last visited Feb. 10, 2020) (describing regulation that specifies what offices from what kinds of schools and other organizations must comprise varying numbers of Board’s seats; listing when each officer rolls off of Board and whether they are eligible for additional term).

[13] Dan Murphy, NCAA Board of Governors Seeking to Change Policies on Athletes with a History of Sexual Violence, ESPN (Jan. 22, 2020), https://www.espn.com/college-sports/story/_/id/28541927/ncaa-board-governors-seeking-change-policies-athletes-history-sexual-violence (reporting on NCAA Annual Conference on January 22).

[19] See Jacoby, supra note 1 (walking through additional policies that would tend towards ameliorating “ the pipeline”).

[24] See Jacoby, supra note 21 (publishing University of Texas, San Antonio—first to enact Tracy Rule—statement calling on other institutions to adopt Tracy Rules and holding themselves out as both “a resource” to other schools).