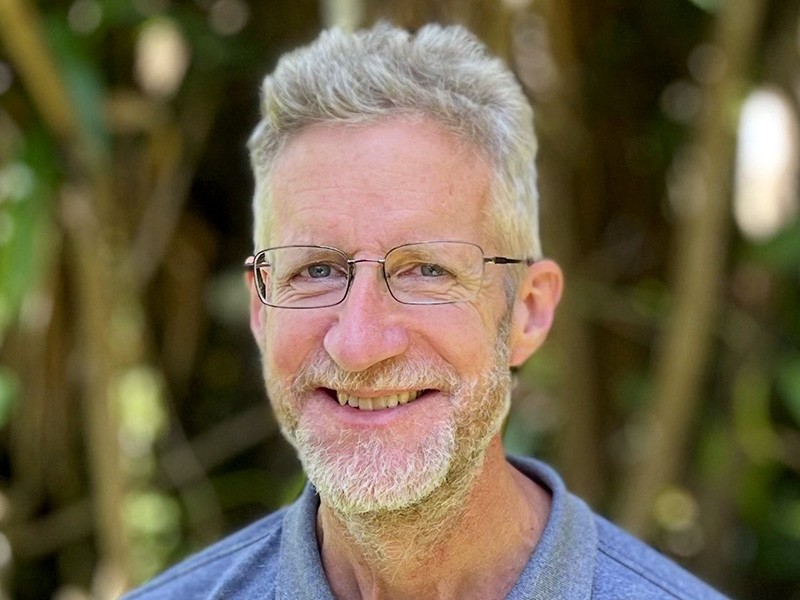 The first was his selection for a Fulbright Scholar Award to teach and conduct research in Morocco this fall. And the second: an announcement that he had received the Laurence C. Gallen, OSA, Faculty Service Award, presented annually in recognition of significant service to the Villanova community.

A professor of Electrical and Computer Engineering, Dr. Peyton Jones was honored for his work through the Faculty Congress, on which he served as vice chair for four years. During that time, Dr. Peyton Jones helped establish, and subsequently chair, the Research Policy Committee to address changes in research procedures; helped establish the Faculty Ombuds, which aids in conflict resolution and workplace issues; and helped address the many issues and concerns that arose during the COVID-19 crisis, among other contributions.

It was a group effort, Dr. Peyton Jones said, and an opportunity to make meaningful change on behalf of the faculty and the community as a whole.

“Those weren’t all individual initiatives—there was a team of us trying to move this forward,” he said. “The award is a nice recognition of the whole Faculty Congress group and the work that they’ve done.”

This fall, Dr. Peyton Jones will change gears—and locales—in hopes of making a positive impact abroad. Working at Al Akhawayn University in Morocco as part of a Fulbright fellowship, Dr. Peyton Jones will teach on the topic of embedded systems and the Internet of Things, while applying that teaching to research on water-resources monitoring, a major issue in both Morocco and the U.S.

In Morocco, “students have a pretty strong computer science background, but compared to the U.S., the work tends to be more theoretical,” said Dr. Peyton Jones, who spent a semester as a visiting professor at Al Akhawayn in 2014. “The hope is to be able to change that, teaching with more of a hands-on approach.”

For his research, Dr. Peyton Jones plans to install, observe and further refine small prototype devices that will monitor water resources and flooding, transmitting data to the cloud to be merged with additional sources of information. Equipped with solar power and Wi-Fi or cellular connectivity, these prototypes run about $200 each—one-tenth of the price of commercial devices used in similar water-monitoring projects.

The research is expected to be beneficial not only to the Moroccan community but also to other programs within the College of Engineering, including the Villanova Center for Resilient Water Systems and the Center for Humanitarian Engineering and International Development, Dr. Peyton Jones said.

Beyond the research and teaching opportunities the Fulbright will afford him, Dr. Peyton Jones said he most looks forward to immersing himself in Moroccan culture—living “not as a tourist, but rather as part of a community.”

“I always love going to new countries and connecting with new people,” he said. “I’m excited about connecting with the academic community at Al Akhawayn and forming partnerships on this project.”