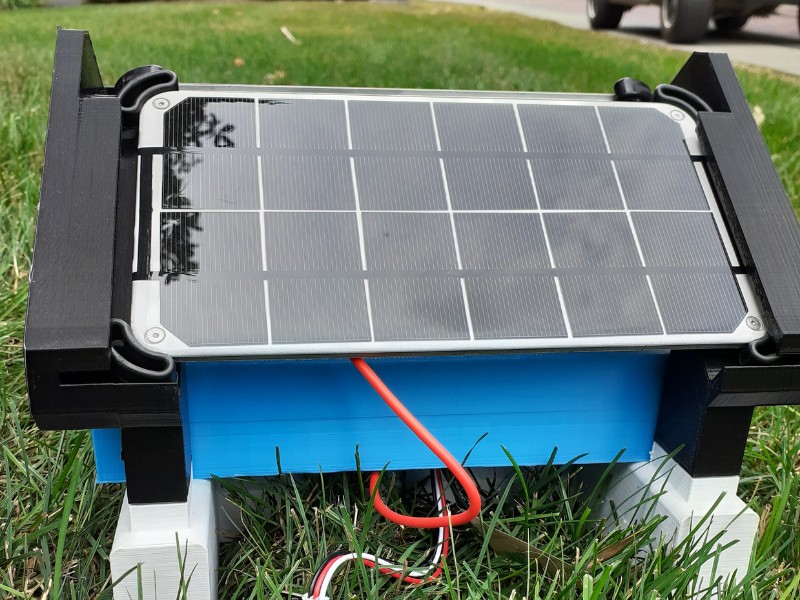 Wildfires, much like rising temperatures and persistent flooding events, are a stark reminder of a changing climate. Millions of acres are scorched each year and wildfire activity is increasing sporadically and plaguing the Western United States in particular. Over the past ten years, more than five million acres were consumed by wildfires annually. As of the writing of this piece, there are currently 93 active, large wildfires.

These seemingly unabated wildfires inspired a team of Villanova University students to tackle the issue this past summer as part of the L3Harris INNOVATE Summer Program. Over June and July, the team designed, built and tested Silvanus—a weather-proof, solar powered wildfire prevention and detection system. The system measures the volumetric water content of soil to generate a risk-assessment measure of how likely a wildfire is to occur. Silvanus uses soil moisture levels as a predictor of future fire activity; the drier the soil, the more susceptible the area is to fire.

There are several existing solutions such as tree-attachable fire alarms and NASA’s Soil Moisture Active Pass (SMAP), which measures moisture levels via satellite. Silvanus, named for the Roman deity of the woods and protector of the forest, seeks to predict fires before they occur, and provides greater resolution and local integration than satellite-based systems. In terms of near-term applications, the team would like to approach national and state parks about testing the system within their lands, collecting moisture data across different terrain types and elevations, while assessing communications protocols and alert messages (when soil dangerously dry).

In the future, the Silvanus system will require testing in at-risk environments in the Western United States and a different communication model from IFTTT applets to provide a seamless experience. The team may pursue the project as a senior design project to produce a consumer-ready product.

The team members shared this about their experience:

“3D printing something after spending so much time designing its look and seeing the device printed was like magic.” – Ifeanyi Ibeanusi ’23 CPE

“Moving from the design phase to the testing and building phase and seeing our design come to fruition is something that provided me with a lot of gratification and has made me more confident in my passion for engineering.” – Jack Palermo ’23 EE

“To merge our technological knowledge with a sense of creativity, designing something in our heads and it existing just two months later was very magical and very cool.” – Seamus Daniello ’23 Computer Science, ’24 M.S. Software Engineering

These students, as well as Julia Volberg ’23 EE, were advised by Dr. James Peyton-Jones of the College of Engineering’s ECE Department to produce the Sylvanus wildfire detection system.