Villanova’s Dr. Al Ortega at the Forefront of Research in Advanced Liquid Cooling of Data Centers 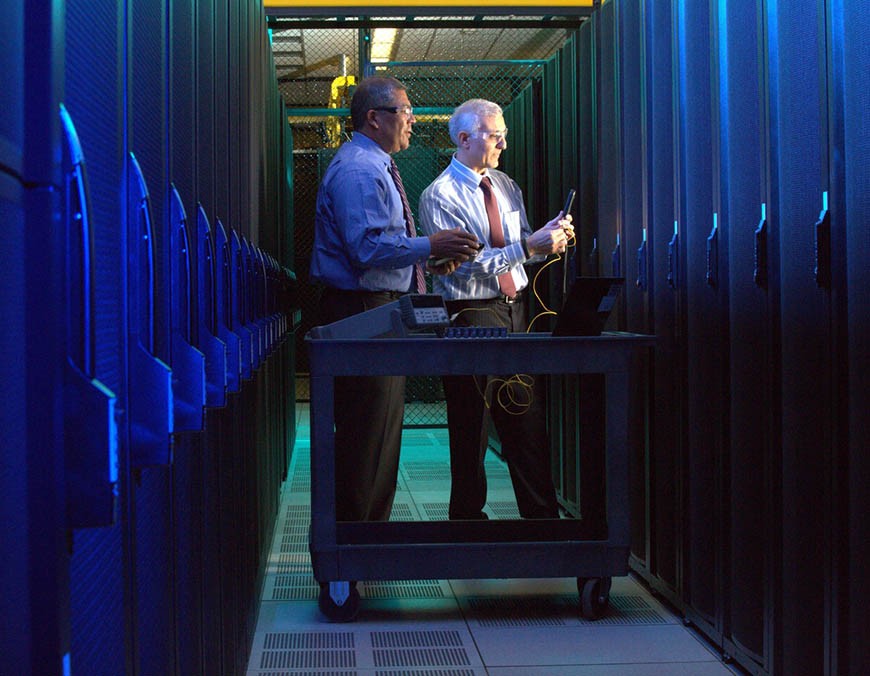 Villanova University’s National Science Foundation Center for Energy Smart Electronic Systems (ES2) and the Mechanical Engineering Laboratory for Advanced Thermal and Fluid Systems are the focal point for research in advanced methods for cooling electronic equipment directed by Dr. Al Ortega, the James R. Birle Professor of Energy Technology and the founding director of Villanova’s ES2 site. Due to the rapid emergence of cloud computing and AI applications that require sophisticated customized processing units called TPU’s (Tensor Processing Units), the power consumption and the heat dissipation in data centers operated by hyperscale operators such as Google and Microsoft are growing exponentially. Because of the difficulty in cooling these hot electronic servers with air, cooling techniques using liquids such as water or refrigerants are increasingly being adopted in mainstream data centers, a phenomena that would have seemed unthinkable just a few year ago.

Dr. Ortega’s research in liquid cooled electronic systems has been ongoing for the past decade and has propelled him to the forefront of the field. At the 2019 IEEE Semiconductor Thermal Measurement and Management Symposium (SEMITHERM), held March 18-21 in Silicon Valley, Dr. Ortega and his Intel colleague, Dr. Rahima Mohammad, were invited to give a workshop on “Introduction to the Design and Implementation of Indirect Liquid Cooling for Electronic Systems.” The workshop was attended by more than 50 industry thermal engineers and researchers interested in the physics and engineering design that will drive strategic shifts in the approach to cooling of data centers. At the Data Center Dynamics 2019 Conference in April in New York City, a premiere event for data center professionals, Dr. Ortega will give an invited presentation titled “Liquid Cooling is No Longer in the Future—It is Now: Recent Developments in Liquid and Two-Phase Cooling Research.” He says, “We are in the midst of a fundamental shift in the density of computing platforms driven by AI, Internet of Things and the massive data handling requirements of modern data centers. Cooling is no longer an afterthought; it is fundamental to the operation of the IT infrastructure. Shifting to liquid cooling offers exciting new research opportunities, and Villanova will continue to be in the thick of these new developments.”