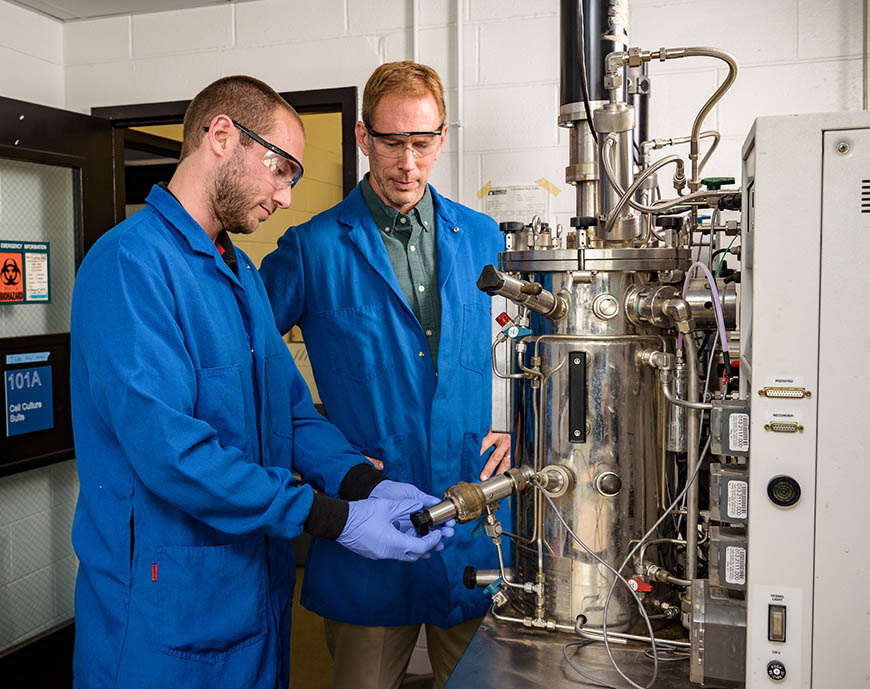 The National Institute for Innovation in Manufacturing Biopharmaceuticals (NIIMBL), a Manufacturing USA Institute designed to advance biopharmaceutical manufacturing in the U.S., recently announced the selection of 14 technology and eight workforce development projects. “A Transcriptome-based  Model for Improved CAR-T Therapy,” under the leadership of Dr. William Kelly, professor of Chemical Engineering and director of NovaCell, Villanova University’s Center for Cellular Engineering, was awarded $150,000 from NIIMBL, with partner Redbud Labs, Inc. contributing an additional $50,000 to the proposal. Merck & Co., Inc. is also named as a project participant.

NovaCell’s mission is to advance adoptive immunotherapies like CAR-T-cells, which provide patient- specific treatment. One of the limiting factors of the Center’s work, however, is the failure of CAR-T batches due to slow growth rates of T cells during the expansion step of the process. Furthermore, the starting material for every CAR-T batch differs, as does the availability of mixing/fluid motion and gas (oxygen), and levels of cytokines (small proteins that are important in cell signaling). All of these factors contribute to the limited number of T cells available for research.

Given the small volume of T cells available, to accomplish cell growth experiments requires a properly scaled-down bioreactor to add motion. Dr. Kelly explains, “Cells don’t like to sit on top of each other without mixing a little, especially T cells, which are used to being in your blood.” Redbud Labs is developing a microscale bioreactor platform that the project requires; its micro-sized magnetic posts may allow for micro-mixing and improved oxygen transfer to T cells and show the impact on T cell growth at that microscale. Thus, the first aim of the project is the optimum configuration of Redbud’s bioreactor technology.

The second aim of the proposal is to test the T cells under a variety of conditions and different mediums and see if there’s a difference in growth rates. Finally, co-PI, Dr. Zuyi “Jacky” Huang, an associate professor of Chemical Engineering, will develop a mathematical model that can predict cell growth rate based on conditions. In addition to Drs. Kelly and Huang, the year and a half long project will involve Villanova graduate student Canaan Coppola, who is pursuing a master’s degree in Biochemical Engineering.

Encouraged by the project’s potential, Dr. Kelly says, “The development of a micro-scale bioreactor and a transcriptome-driven mathematical model would allow for screening of CAR-T patients’ cells for enhanced growth prior to start of the clinical batch. This innovation could become a new standard that provides more efficient (cell therapy) manufacturing.”