They May be Building Nanosatellites, but there’s Nothing Small about Villanova’s CubeSat Club 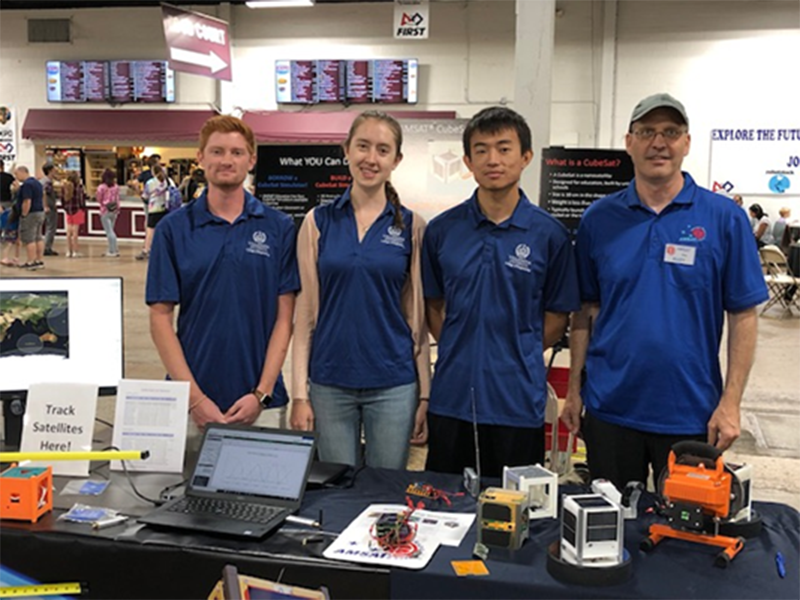 Villanova’s CubeSat club was launched in fall 2018 and has taken great strides for such a young club. A CubeSat is a nanosatellite—a small, lightweight satellite that is cheaper to build than a conventional satellite. They can be launched from rockets, or occasionally from the International Space Station by astronauts. CubeSats send telemetry information—measurements communicated at remote points by automated processes—over radio signals received on earth by a ground station.

The CubeSat club’s 2018-2019 year was packed with a variety of workshops and projects, including: 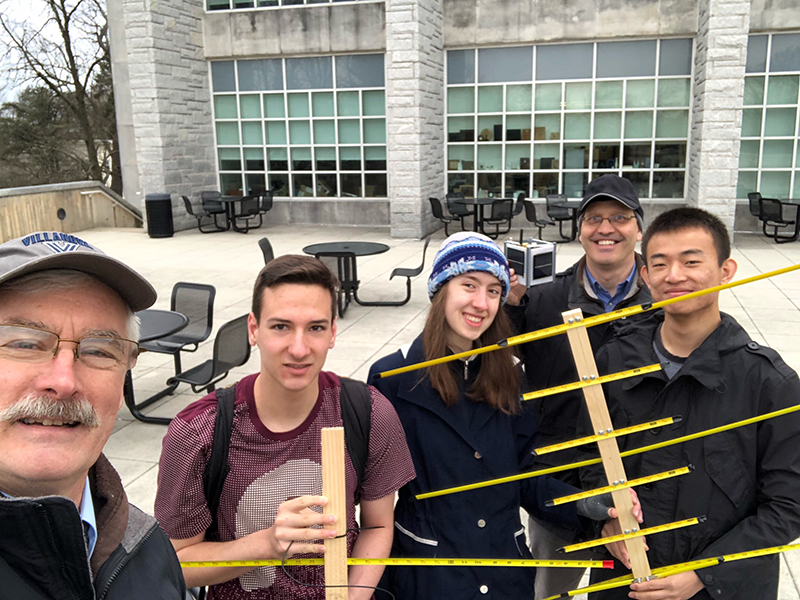 In addition to the academic year activities, in August, a number of the club’s members attended the first ever Robotstock robotics/STEM event with advisor Dr. Alan Johnston. The event was sponsored by the Eastern Pennsylvania Robotics Alliance in partnership with 4H of Delaware County and The Girl Scouts of Eastern PA. It was run by an all-girl FIRST robotics high school team called the Tin Mints. Dr. Johnston, vice president of educational outreach for AMSAT, ran a table on behalf of AMSAT and Villanova’s CubeSat club. Throughout the weekend, club members demonstrated the AMSAT CubeSat simulator, which Dr. Johnston developed, and showed off simulators built by the spring 2019 ECE 1205 class (ECE Freshman Projects). In addition, the club had a live, low earth orbit satellite tracking screen, and took individuals out to the parking lot to track and listen to satellites using hand-held Yagi-Uda antennas also built by the ECE 1205 class.

Pleased with the success of the event, Dr. Johnston says, “We met many STEM teachers, robotics mentors, scout leaders, and involved parents who learned about how they can build their own satellite simulator using online plans or borrow a loaner unit from AMSAT.” In addition to making many useful contacts, the club received an invitation to run a table at the Philadelphia Mini Maker Faire on October 6, 2019.

The 2019-2020 academic year has much more in store for the CubeSat club, from building a permanent SatNOGs station on the roof of Tolentine to launching CubeSats attached to weather balloons for realistic, low-orbit testing.