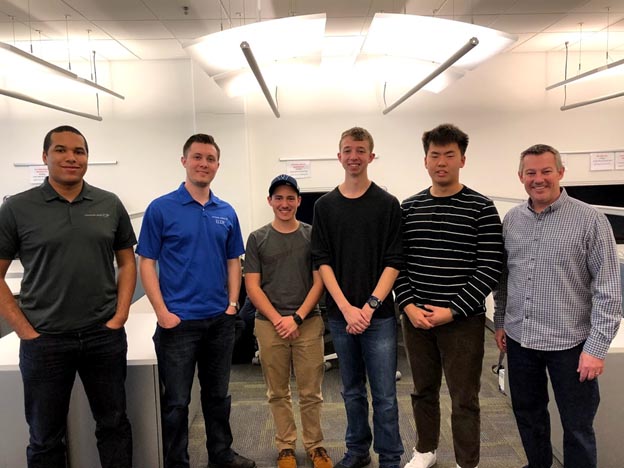 On Friday, March 23, 16 students participated in an Arduino hackathon competition, the second piece of the two-part Arduino workshop and competition series, which takes place annually in the College of Engineering. Co-sponsored by the Engineering Entrepreneurship program and Lockheed Martin, the workshop provides an introduction to working with Arduino microcontrollers. The hackathon competition follows a week later, and students can take their inspiration from the workshop or pitch new ideas to tackle in teams. The focal piece of the event is the Lockheed Martin Challenge, which asks students to develop an application using the Arduino and some element of internet connectivity.

Four teams worked hard on the challenge and devised a variety of innovative tools. Judged on technical difficulty, connectivity, creativity, usability and their business pitch, the Lockheed Martin Challenge winning team of Emilio Niland ’21 ME, Youngmin Kim ’21 EE and Gregory Wolz ’21 CpE created a fingerprint device to be used for security access into a dorm room or house. The second place team used a series of audio sensors to develop an application that would assist musicians in composing music by hearing notes on the Arduino. Apps developed by the two remaining teams included a universal smart home remote and a five-day weather prediction in the form of LEDs with changing colors to display the forecast.

All of the student teams found inspiration in the Lockheed Martin task, and enjoyed the opportunity to design real-world applications with their freshly minted Arduino knowledge.