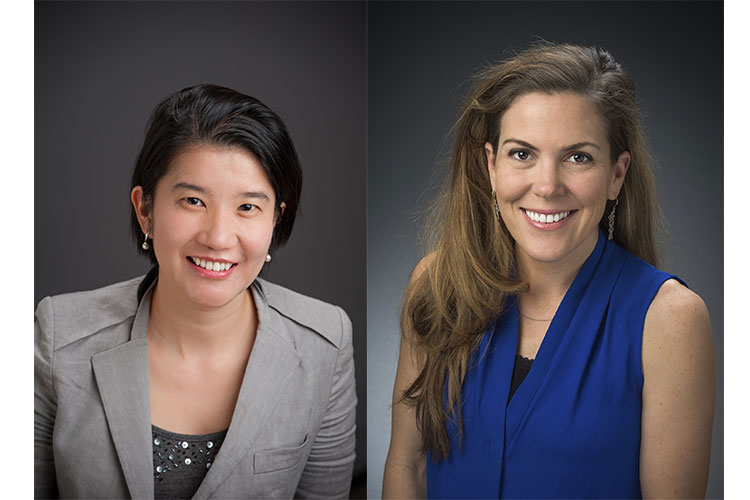 Associate Professor Seri Park, PhD, and Assistant Professor Virginia Smith, PhD, colleagues in Villanova University’s Department of Civil Engineering, published a study titled Exploring Spatial Relationship between Roadway Safety and Wet Condition Risk Factors Based on Systemic Safety Analysis Approach in the August 2018 issue of the Journal of Infrastructure Systems, a publication of the American Society of Civil Engineers. Working with then-undergraduates Thomas Saldutti ’17 CE and Nicholas Zoccoli ’17 CE (both of whom have continued in the program as graduate students), the team studied five years’ worth of southeastern Pennsylvania crash data from the Pennsylvania Department of Transportation to investigate the relationship between level of crash severity and physical roadway variables, which amplify wet conditions on roadways. Their findings revealed correlations that may eventually be used to identify areas of high crash risk in existing roadway infrastructure and thus improve the ability for practitioners to develop proactive safety countermeasures.

Taking an innovative approach to analyzing network safety through systemic analysis, wet road condition crash investigation and spatial analysis, the Villanova team created a novel research method for correlating risk factors for crashes during wet conditions on a roadway. Their study systematically analyzed the influence of three risk factors—urban influence (the prevalence of impervious surfaces), stream influence (relative location within the floodplain) and surface slope—along with precipitation data, on the severity of wet roadway crashes by geospatially assessing factors contributing to each specific crash within the five-year data set.

The researchers found that within metro Philadelphia, Bucks, Chester, Delaware and Montgomery counties, 713 fatal and major injury crashes occurred during wet road conditions over the five-year study period, with 4,441 fatal and major injury crashes overall. Roadways in these counties were wet approximately 10 percent of the time during the five-year period. According to the study’s findings:

“The Federal Highway Administration Office of Safety should include physical factors that contribute to wet roadways, which correlate with fatality and major injury crashes, in their systemic safety analyses,” says Dr. Park. “These analyses rank risk factors to identify locations in need of safety improvements, but do not currently take environmental factors in to account.”

Dr. Smith adds, “Due to climate change, the frequency of extreme weather events, such as large-scale rain events, is expected to increase. Deploying the proper countermeasures against wet roadway risks in target areas identified with our method of geospatial analysis contributes to the overall safety and sustainability of roadways.”