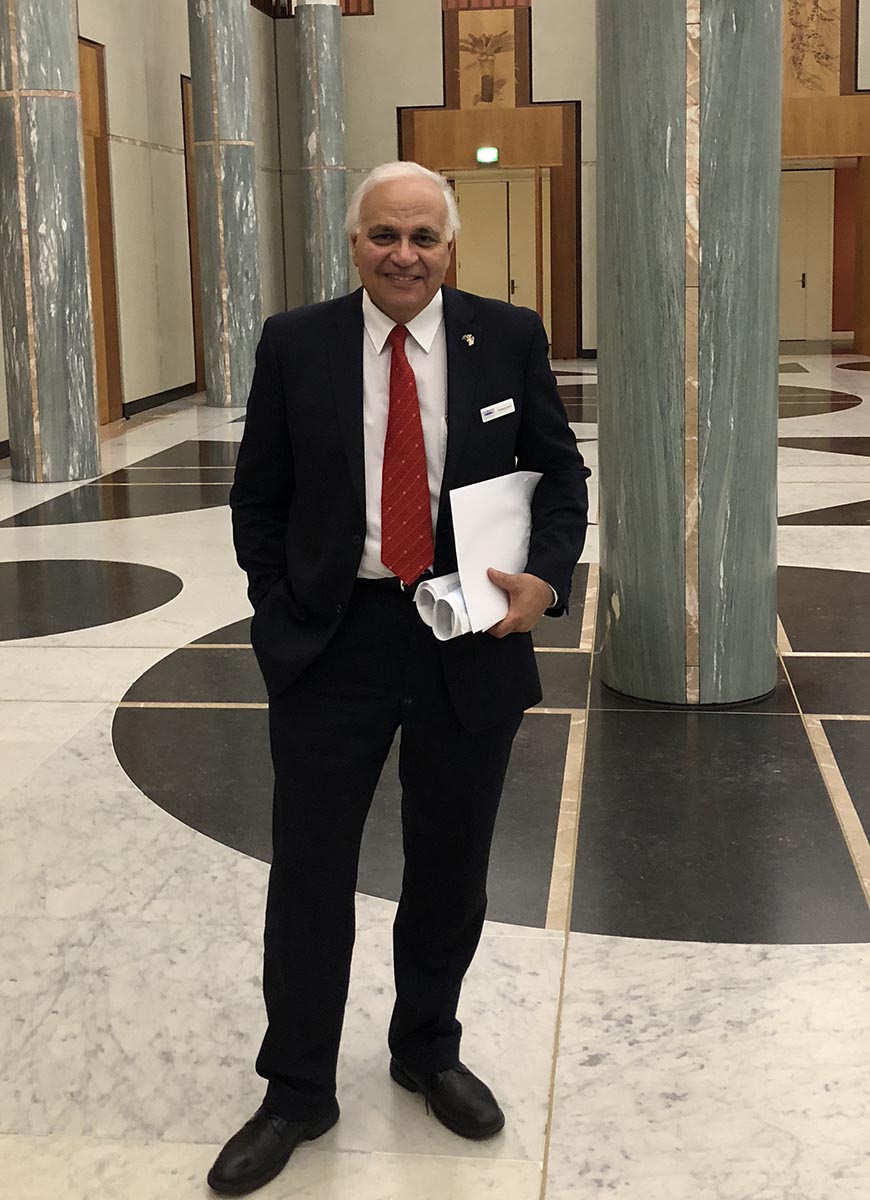 Each year, one publication from the monthly IEEE Aerospace and Electronic Systems Magazine is chosen as the recipient of the prestigious Harry Rowe Mimno Award. Established in 1979, the award is presented to a research paper that advocates for new ideas or principles and promotes debate. In February, Electrical Engineering Professor and Director of the Center for Advanced Communications  Moeness Amin, PhD, learned that he and his colleagues had been named the recipients of the 2017 award for their paper titled “Signaling Strategies for Dual-Function Radar Communications: An Overview.” Appearing in the October 2016 edition, this was Dr. Amin’s first article in the IEEE AESS Magazine. It was co-authored by former CAC Research Professors, Aboulnasr Hassanien, PhD; Yimin Zhang, PhD; and Fauzia Ahmad, PhD.

With a major contribution from Dr. Hassanien and the help of Drs. Zhang and Ahmad, Dr. Amin conducted months of research prior to submitting the paper. He details the work: “The research addresses the problem of co-existence between radio frequency operations and services, namely radar and communications. It develops novel signaling schemes for embedding communication signals into radar pulsed emissions.” To simplify, the goal of the research is to allow wireless communications to utilize the radar system resources, including power, bandwidth and large aperture, without causing noticeable changes in radar functionality. Dr. Amin’s work is in conjunction with his appointment as the 2017 Fulbright Distinguished Chair in Advanced (Defense) Science and Technology, for which he is in Adelaide, Australia, engaging with engineering staff at the Defense Science Technology Organization, as well as faculty and students at the University of Adelaide. In addition to guest lectures and seminars, his goal is to create a long-term partnership with the university.

Dr. Amin will be presented with the Mimno Award at the IEEE/AESS 2018 Radar Conference in April, 2018. In addition to a plaque, the article’s authors will share in a $1,000 stipend.