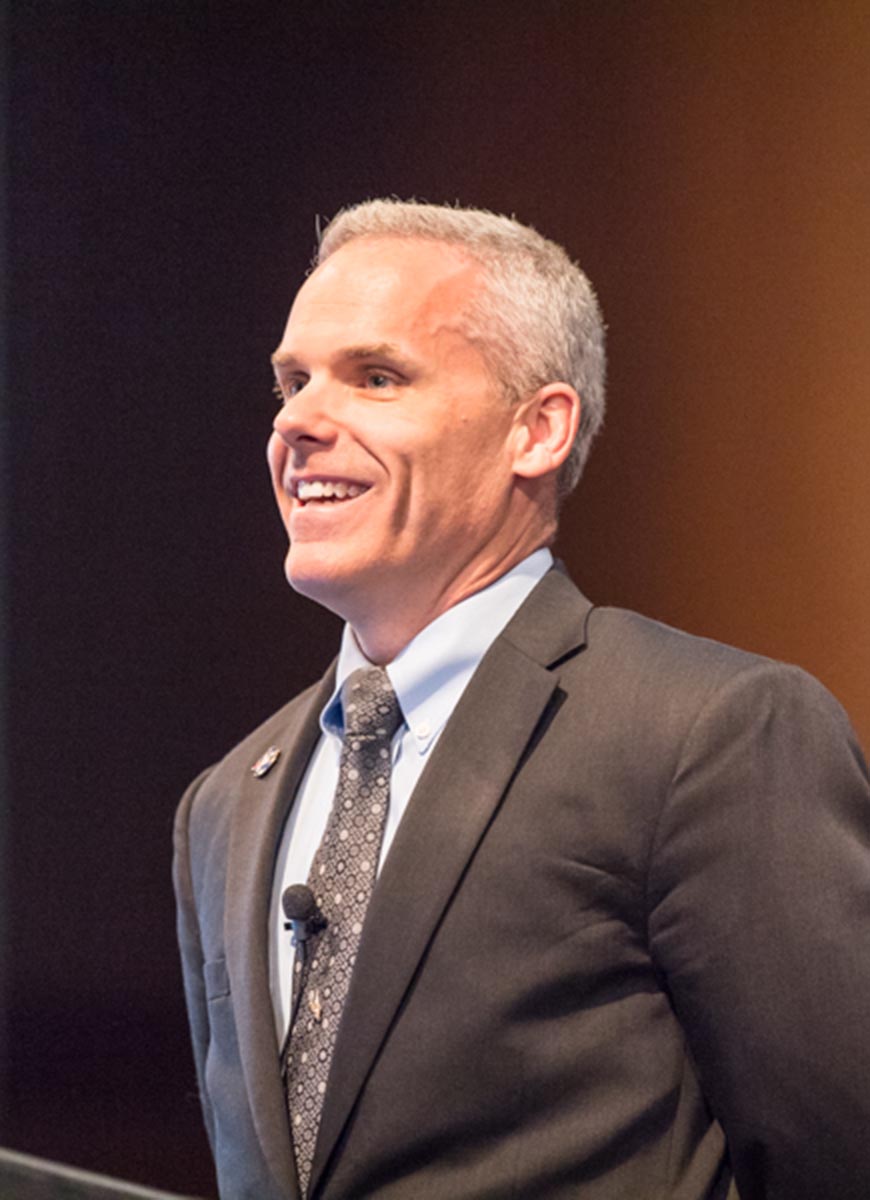 Describing the International Space Station as “the greatest engineering feat of mankind,” Smith explained how, after 11 years of construction and 115 space flights conducted on five different types of launch vehicles, the ISS now serves as a world class orbiting laboratory. “That orbiting laboratory,” he added, “has sustained a permanent human presence for over 17 years, making it also a bedroom, bathroom, kitchen, closet, gym and shipping/receiving center.” Keeping the ISS operational and supplied is a 24/7 job performed by specialized engineering and operations teams from around the world. Smith noted that despite the wealth of knowledge amassed over the years, and the testing, training and meticulous planning involved in their execution, “Missions do not always go as planned, and sometimes there is not a lot of information available to figure out why.” Captivating the audience, his lecture offered real world examples that Smith personally was involved with, demonstrating how the NASA community uses creative engineering, reverse engineering and real-time engineering to solve problems in the absence of key information.

In February, 2005, Smith was selected as a NASA flight director and earned his ISS certification a year later, becoming the 64th flight director in NASA’s manned space flight history. Highlights in his NASA career include:

Established in 2009 by Villanova Engineering alumnus Susan Ward ’80 ChE and her husband Patrick Cunningham, Jr., the series exposes students to experts from various engineering fields and educational opportunities outside the classroom.