With this lecture I attempt to identify the hegemonic form of masculinity in ancient Egypt as presented in ten wisdom texts from the Old, Middle and New Kingdoms. Sex role theory does not distinguish between behavior and societal expectation, but instead merges them together; the wisdom texts do the same. These works present prescribed behavior for the elite class; how men ought to behave. Therefore, an investigation into the wisdom literature can elucidate the normative definition of masculinity in ancient Egypt.

Masculinity was constructed everyday through social interaction; it was not fixed. Masculinity, now and then, is “ontoformative,” in that human practice creates reality and acting in situations creates new situations. With this, one needs to distinguish between a repertoire of gender practices and practicing gender, the actual enactment. The wisdom texts relay the former and present the public conventions of masculinity for the upper class.

My assertion is that the ancient Egyptian wisdom texts reveal a hegemonic masculinity consisting of humility, moderation, generosity, benevolence and loyalty to the king. This version of masculinity maintains the power structure, creates a hierarchy among men and preserves the patriarchal system.

Co-sponsored by the Department of History, the College of Liberal Arts and Sciences, Gender and Women's Studies, and the 11th Annual Anthropology Lecture Series. 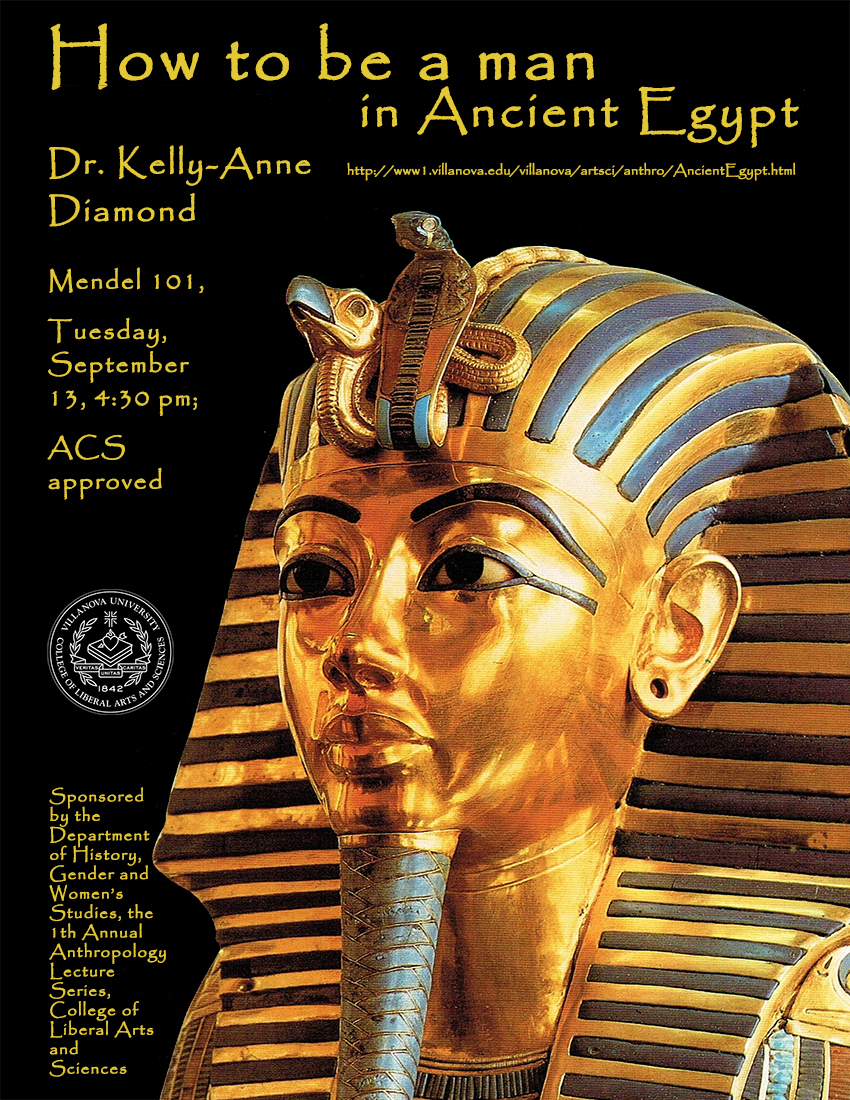