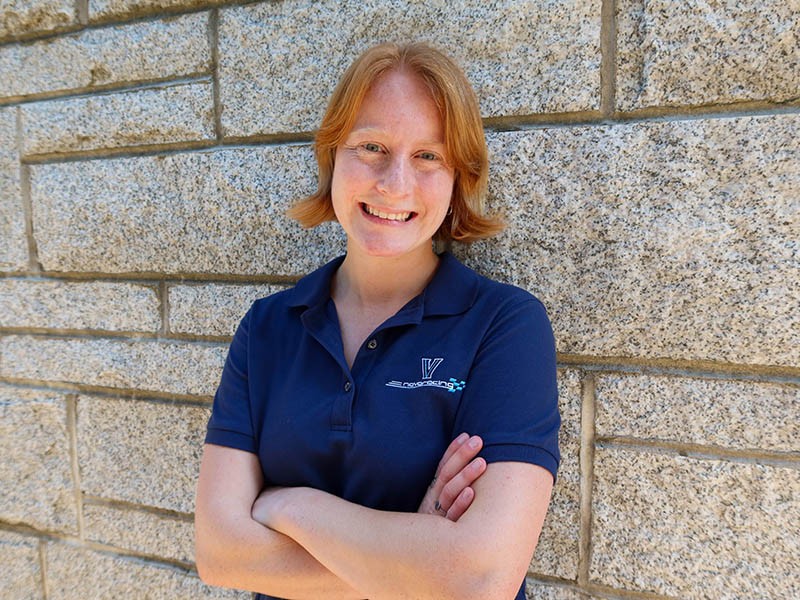 As a prospective student on the hunt for her college of choice, Taylor McDermott ’23 CpE was drawn to Villanova by the chance to pursue a technical degree in a liberal arts learning environment, something that was hard to find. But it was her tour of the College of Engineering and a chance meeting with members of the school’s Formula SAE team, known as NovaRacing, that sealed her decision to enroll.

“I actually got to go into the machine shop and the garage and talk to members of the team,” says McDermott, of San Diego, Calif. “I really enjoyed meeting them, seeing all the machinery and feeling that sense of community. I knew I wanted to be part of NovaRacing.”

Four years later, McDermott is now one of the captains of NovaRacing, which has made a name for itself as one of the best collegiate race teams in the nation.

Sponsored by SAE International (formerly the Society of Automotive Engineers), Formula SAE is a series of international competitions in which university teams compete to design and manufacture the best performing racecars. NovaRacing placed second overall in May out of 99 teams at the annual Formula SAE competition at Michigan International Speedway. The team also placed first in fuel efficiency, second in endurance and third in acceleration, while snagging impressive top-10 placements in design and autocross.

For McDermott, the best part of being a member of NovaRacing isn’t the wins; it’s the time spent with teammates developing their vehicle. 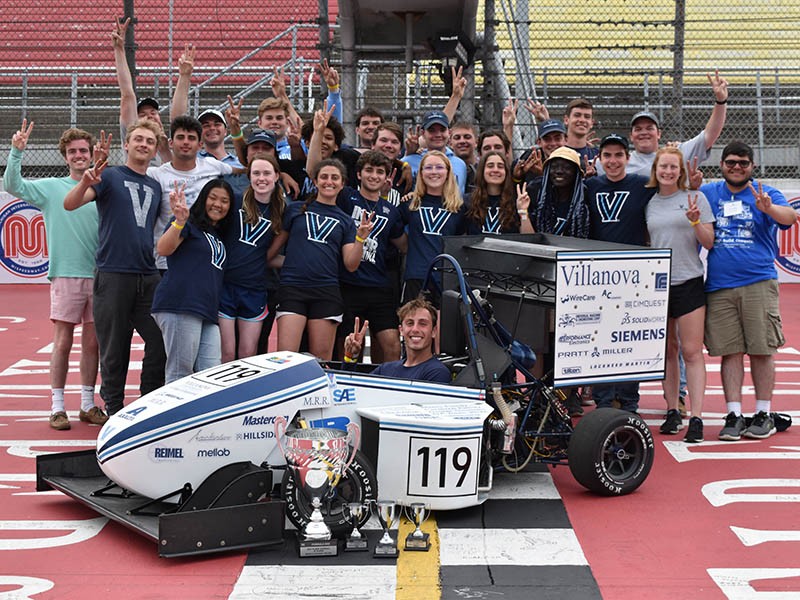 NovaRacing placed second overall in May out of 99 teams at the annual Formula SAE competition at Michigan International Speedway.

The team spends three full semesters designing, building and testing their car before presenting it at annual SAE competitions. This is where Engineering students get to put into real-life practice what they’re learning in the classroom.

McDermott leads the powertrain section of the team, helping to build everything that makes the car go—from the engine and exhaust to the electrical, fuel and oil systems. She and her team also work on the mechanical part of the car’s engine, learning how to take it apart, identify and fix a problem, and put it back together. Though that portion doesn’t exactly align with her computer engineering major, McDermott says, it’s an incredible skill to have.

“I never grew up wanting to work on cars,” she says, “but I came into Formula SAE because I saw it as an opportunity to do hands-on engineering as an undergraduate. There’s really no other club like it on campus.”

After graduation, McDermott hopes to pursue a career in cybersecurity, a field in which she can continue to problem-solve while working at the cutting edge of technology. Before that, though, she’ll compete with her team one last time at the Formula SAE competition next May.

“Even though I’m not going into motorsports,” she says, “the skills that I’ve learned in Formula SAE—that problem-solving aspect and the ability to have a vision and make it a reality—I know that will be applicable to anything I go on to do.”