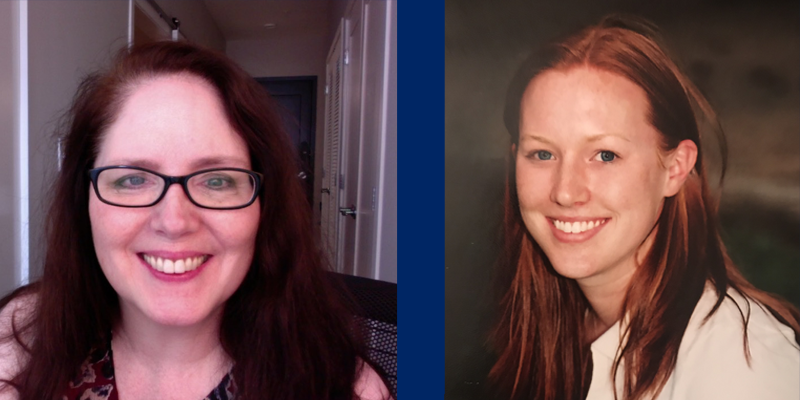 Among students studying in the Part-time Evening Program, completed online over a nine-month period, Patricia Milnamow was awarded. Christine Pratt was honored among the program’s Full-Time Day Program, completed over a four-month period with cohorts starting in August and January. Both recently spoke with CPS about the impact the program and certificate would have on their on-going careers.

Trish Milnamow entered the program later in her career than many of her classmates after being a bit of a career changer, yet still sees the potential for it to expand her horizons moving forward.

Studying in the program offered Trish assistance in her current position, working with a public health firm.

“I work on contracts and procurement initiatives. I work on RFPs and do contract administration. I thought the paralegal certificate would be a really good credential to have in my current role,” Trish said.

Earning an award for her work in the program was an eye-opening moment.

“I felt personally honored and very humbled by (the award),” Trish stated. “The fact that the award isn’t just about how you did in the program, but also about your values: that mattered to me.”

This certificate was not her first foray into building her education, although Trish had strong praise for her time in the program:

“I have a bachelor's degree and a master’s degree, but my experience in the College of Professional Studies, in terms of how we were treated, was the single best academic experience I’ve had in higher education.”

Prior to the program, Christine was living in Washington, DC, working with a non-profit organization. She was working on the fringes of the legal profession, saying “I was dipping my toe into different areas of the legal field. Paralegal work had always interested me.”

After choosing to move back to the Philadelphia area to be nearer to family, Pratt found her self isolated by the COVID-19 pandemic.

“Basically, like everyone else, I was cooped up at home and began to seriously think about going to school for this. I thought, ‘If I don’t do it now, when will I do it?’”

Having completed the program, Christine credits her success with the atmosphere at Villanova, saying “From the get-go, Villanova felt very welcoming. Everything was really personalized. They took the time to speak with me one-on-one.”

Christine will look to pursue paralegal work with law firms in the Philadelphia area, grateful that her CPS experience will open up new avenues in her career.

“I couldn’t have been happier with getting in and going to Villanova” she said.