Two New Villanova Student Made Documentaries to Premiere This Week 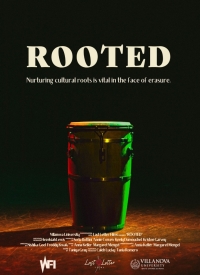 Last Letter Films, a student-run production company and part of the Social Justice Documentary program led by Hezekiah L. Lewis III, assistant professor of Communication., will premiere their film Rooted on April 28 at 6pm in The John and Joan Mullen Center for the Performing Arts. As part of the project, students traveled to Loíza, Puerto Rico, and spent two weeks immersing themselves in the rich Afro-Puerto Rican culture. The film focuses on the healing and inspiring power of Bomba music, a traditional form of drumming born from the West African slaves that were brought to the island in the 1700s.

Talking Walls Films, a student-run media production company and part of the Social Justice Documentary course taught by John O’Leary, PhD, teaching professor of Communication, Stephen McWilliams, PhD, director of Disability Services and Social Justice Documentary instructor, and Joy McFadden, adjunct professor, will premiere their documentary We Don’t Walk in Fear on April 30 at 6pm in the Connolly Center Cinema on Villanova’s campus. The film follows American political activist Daryle Lamont Jenkins in his life-long quest to fight against racism and bigotry from hate groups across the United States. 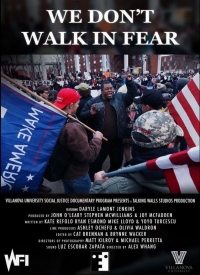 Additionally, there is a Benefit Concert Friday, April 29 at 6pm at the Taller Center in Philadelphia. The benefit concert will raise money for the Park of Life project. The project aims to begin construction on a park in Loiza, Puerto Rico in conjunction with the community center to spread resources and benefit the citizens of the town. Both events are open to the public. The screening of Rooted requires a ticket. To purchase a ticket, click here.

The Social Justice Documentary program is funded by Villanova’s Waterhouse Family Institute for the Study of Communication and Society and the Nord Family Foundation. Each year, the students in the program create their own production companies and submit their films to festivals around the world.