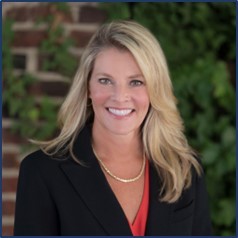 VILLANOVA, Pa.—The Villanova University Alumni Association (VUAA) has announced the selection of Tracy Brala ’90 VSB as the recipient of its 2022 Loyalty Award. The oldest alumni honor conferred by the University, the Loyalty Award was instituted in 1932 and is presented annually to alumni who have rendered distinguished service to the University. Recipients for the Loyalty Award are selected by a vote of previous award winners. Brala will receive the award at an October 22 ceremony during Villanova’s Homecoming Weekend.

“It is such an honor to present this year’s Loyalty Award to Tracy,” said Sheila Doherty, Interim Associate Vice President for Alumni Relations. “She truly embodies its meaning and has contributed to Villanova in countless ways, from her work as an Advisory Council Member for the Anne Welsh McNulty Institute for Women’s Leadership, to acting as a mentor and resource for our current students. Tracy also can be found cheering on the Wildcats at many sporting events and is a steadfast supporter of Villanova’s Strategic Plan, Rooted. Restless. We could not be happier to celebrate Tracy’s commitment to the University with her family and fellow Villanovans as this year’s award recipient.”

Brala currently works as Senior Vice President, Strategy & Partnerships, at the University City Science Center, and is also the Founding Executive Director of Venture Café Philadelphia. In her role as Senior Vice President, Brala has led the strategic planning process that resulted in a new vision and mission for the Science Center and nurtures and creates partnerships, programming, and the execution of strategic initiatives.

She is also the creator of Venture Café Philadelphia, a network of companies and organizations that come together through the Science Center to strengthen business, education, technology, social justice, science, and the arts in Philadelphia and beyond. Since its launch, Venture Café has convened, inspired, and connected more than 30,000 innovators, and is committed to economic empowerment, modeling sustainable operations, mobilizing local communities, and serving as a connector and educator for all innovators.

Brala graduated from Villanova with a BS in Accounting and earned her MBA from the Wharton School at the University of Pennsylvania. As a student at Villanova, Brala was active on campus as captain of the swimming and diving team, treasurer of Alpha Phi Fraternity, a member of the Blue Key Society, and a New Student Orientation Counselor.

“I’m very humbled to join the group of alumni who have received Villanova’s longest-standing award,” said Brala. “Since the day I stepped foot on campus, Villanova has shared its blessings with me and as a passionate Villanovan, it is an honor and privilege to give back to my amazing alma mater. I hope to spark change and inspire other Villanovans to ‘say yes to the call’ to share their talents with the Villanova community.”

An active and dedicated alumna, Brala is a loyal member of Villanova’s giving societies, and served on the VUAA Board of Directors for more than a decade, from 2007-2018, including a term as its President. She was also a member of the President’s Advisory Council and has been an Advisory Member of the McNulty Institute since its founding in 2016.

Brala resides in Villanova, Pa., with her husband, Patrick ‘89 VSB and ‘07 EMBA. They have two children, Paige, and Connor.