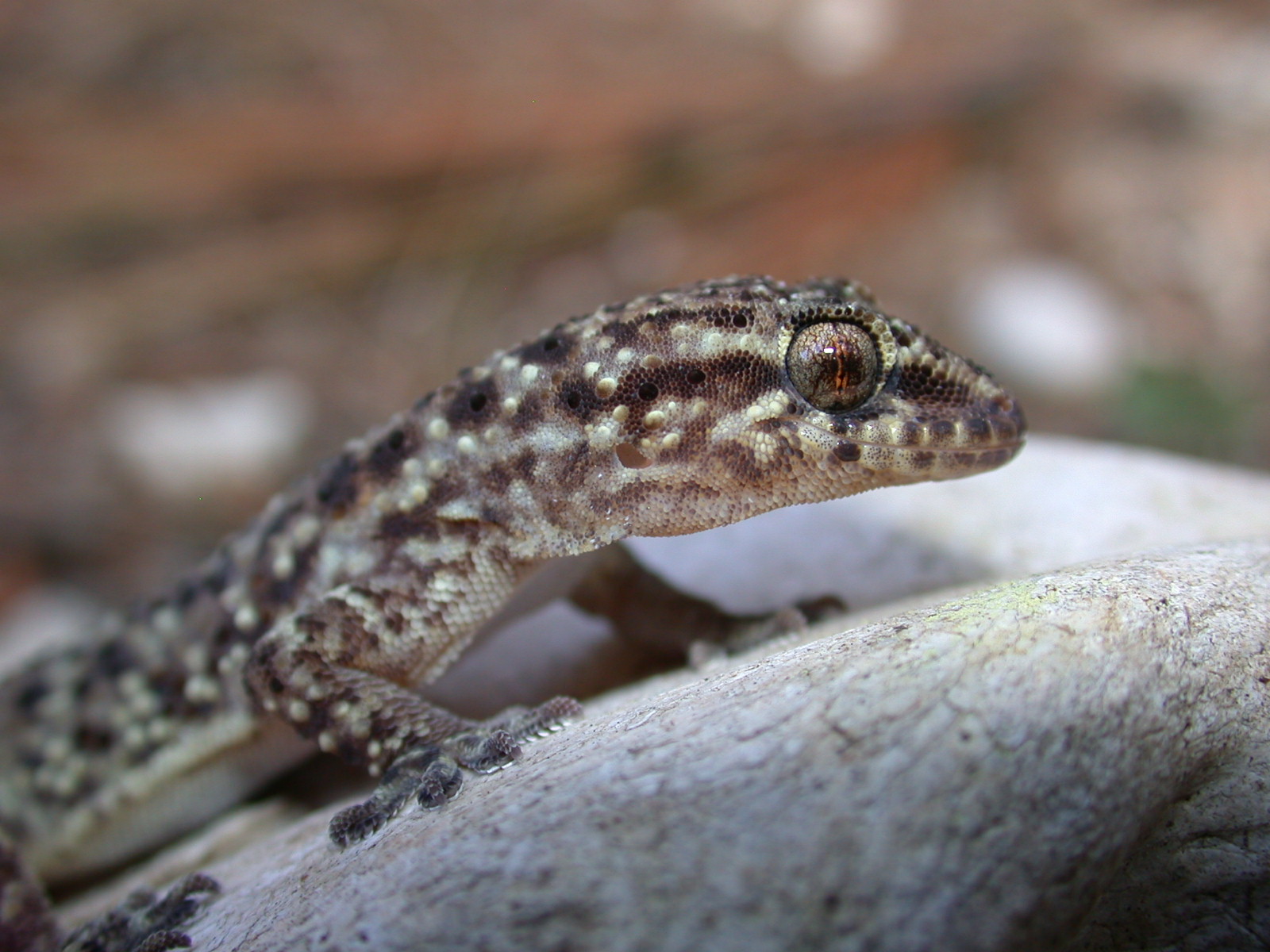 Hemidactylus turcicus, a Mediterranean species and one of Europe’s few extant geckos. In the “greenhouse world” geckos and other tropical lizards occupied northern Europe. Photo by Annelise Folie.

VILLANOVA, Pa.—A new species of gecko from the locality of Dormaal in Belgium has been described in Royal Society Open Science. The new species provides evidence for the early history of geckos in Europe and is easily recognized by the unique surface of the bone between the eyes, which is unlike any other gecko (living and extinct). This project was a collaboration between researchers from multiple institutions, including Aaron M. Bauer, PhD, professor of Biology and the Gerald M. Lemole Endowed Chair in Integrative Biology at Villanova University.

This new species of gecko lived during a period known as the Paleocene-Eocene Thermal maximum (56 Million years ago) when this part of the planet, which today has a temperate maritime climate, was much warmer. The species is named after Belgian Paleontologist Louis Dollo.

Biologists familiar with phylogenetic principles generally accept the notion that evolution is not reversible. Evolutionary biologists offer different interpretations of this obserevation, known as Dollo’s law of irreversibility, and in recent years some exceptions have been proposed, including the loss and re-gain of toes in lizards.  This “law“ was proposed by Dollo, and although he is recognized for proposing this principle, his research focus was on the anatomy of extinct fish and reptiles, including dragonfish, turtles, mosasaurs, snakes and dinosaurs.

This new gecko was part of a diverse reptile fauna of the “Greenhouse World” of this period, when tropical and subtropical conditions extended much further towards the poles than at present.  In fact, the warmest global climates of the past 66 million years occurred during the early Eocene epoch (about 56 to 48 mya) when megathermal floral elements, including palms, were present even in Antarctica. The increase in temperatures during the early Eocene led to a rise in sea level; many areas of Eurasia were submerged and Europe was an archipelago comprising various islands. Thus, the conditions of this period are particularly relevant for understanding future global climate change.