Wright, who recently announced his retirement as Villanova’s head coach after 21 seasons, will be awarded an honorary degree at the May 13 Commencement Ceremony 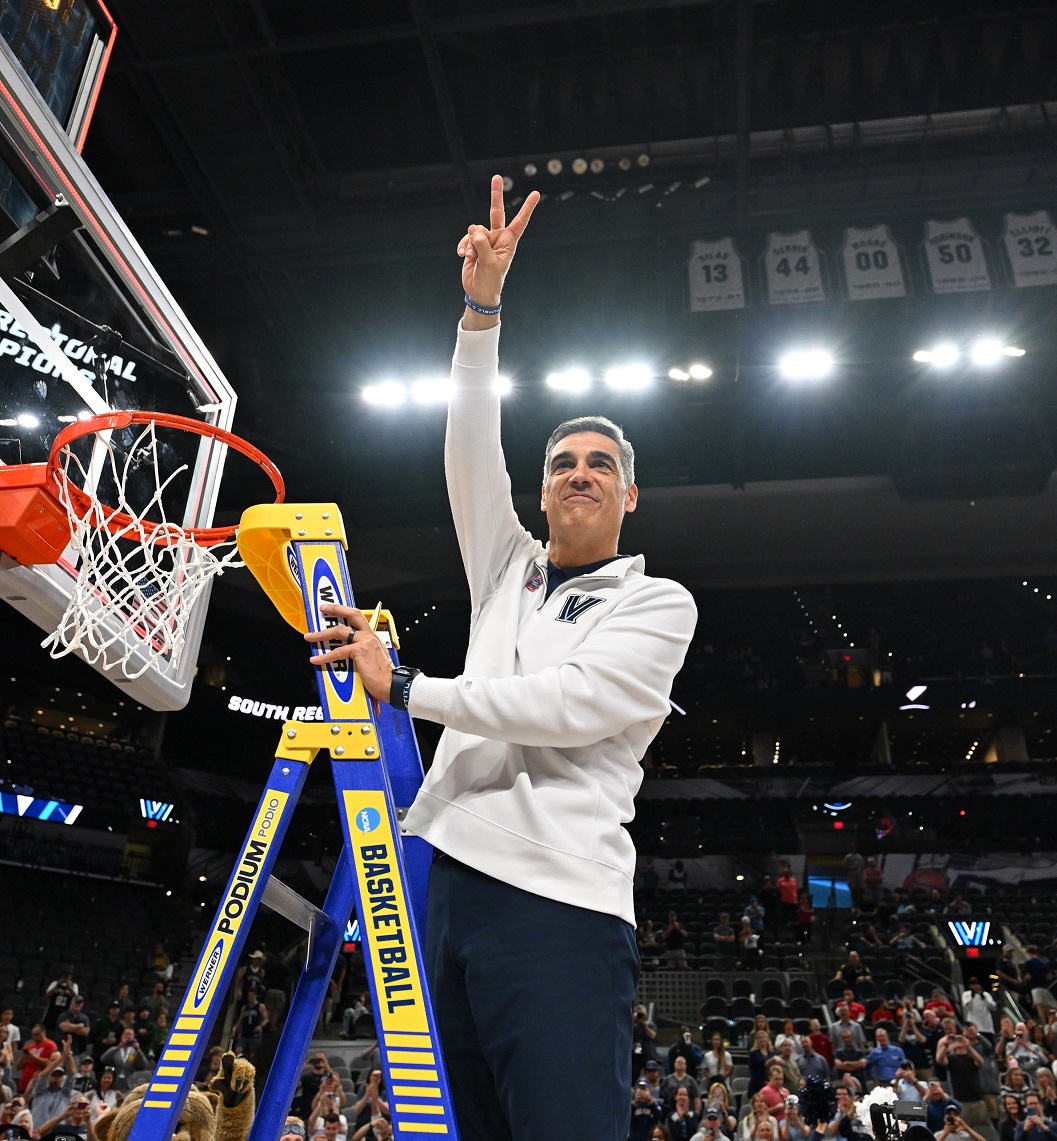 VILLANOVA, Pa. – The Rev. Peter M. Donohue, OSA, PhD, Villanova University President, announced that Jay Wright, who recently retired as the William B. Finneran Endowed Head Men's Basketball Coach at Villanova after 21 seasons, will address the Class of 2022 as the University’s commencement speaker. Wright will also receive the degree of Doctor of Humane Letters, honoris causa. The University’s 179th commencement will be held Friday, May 13 at 2:30 p.m., in Villanova Stadium. In the event of severe weather, the ceremony will be held indoors in The Finneran Pavilion.

Wright assumed the reins of the Villanova Men’s Basketball program in 2001 and posted a record of 520-197 in 21 seasons at the helm, including NCAA national championships in 2016 and 2018. This past season, Villanova advanced to the fourth NCAA Final Four of Wright’s tenure. In Jan. 2020, Wright was named the Associated Press Men’s Basketball Coach of the Decade. He is a two-time winner of the Naismith National Coach of the Year award, a six-time BIG EAST Coach of the Year recipient and, in 2018, received the John R. Wooden Legends of Coaching Award. Wright was inducted into the Naismith Memorial Basketball Hall of Fame on Sept. 11, 2021.

Under Wright’s leadership, the Villanova Men’s Basketball program has also succeeded in the classroom. Since 2012, Men’s Basketball student-athletes received Academic All-BIG EAST recognition on 69 occasions—with all 13 members of the roster earning that distinction in 2019-20. Every Villanova player who spent four years in the program under Wright earned his degree.

"Jay's legacy at Villanova extends well beyond the numerous awards, accolades and championships,” said Father Donohue upon the announcement of Wright’s retirement on April 20. “He will be forever known to our community as Villanova's winningest coach, who did things the ‘Wright’ way—guiding, developing, and empowering the student-athletes who played for him to not only be better on the basketball court but in their personal lives.”

Wright’s commitment to the University and the Augustinian values of Veritas, Unitas and Caritas (“truth, unity and love”) established a strong bond between him and the Villanova community—students, faculty, staff and alumni alike. The culture he created within the Villanova Men’s Basketball program also reflects these values—reinforcing the importance of sharing individual talents for the benefit of the larger community. Wright and his wife, Patty Reilly Wright ‘83, have been long-time supporters of the Augustinian Province, including the Augustinian Fund, which provides funds for Augustinian ministries and programs. In 2017, the Wrights received the St. Augustine Medal—an award given by the Province to those that exhibit a strong desire to “live life in the path of Saint Augustine in their personal, professional and spiritual lives and demonstrate a commitment of service and generosity to the Province.”

After 21 seasons as the Villanova Men’s Basketball Head Coach, Wright will now begin a new chapter in his career at the University as Special Assistant to the President. In his new position, Wright will be involved in fundraising, advising, education and more.