Inaugural event will take place Thursday, Oct. 21 at 7 p.m. in the Smith Performance Lab of the John and Joan Mullen Center for the Performing Arts 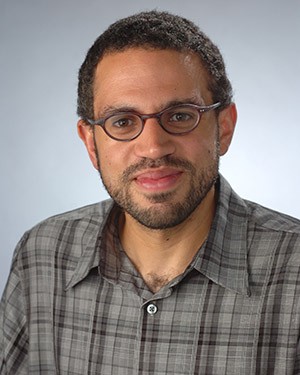 VILLANOVA, Pa.—As national interest in the intersection of religious and political ideas is on the rise, Villanova University is launching the Center for Political Theology. The Center will advance discussions of religion and politics that engage deeply with the Christian tradition and speak broadly to pressing issues of the day. The new Center, housed in the College of Liberal Arts and Sciences, brings Christian theologians into dialogue with humanities scholars and social scientists to explore the issues where religion and politics entangle, while also helping students understand and participate in those conversations.

“The Center for Political Theology will connect scholars across campus and across the country, driving an intellectual conversation, building a scholarly community and shaping current and future scholars,” says Vincent Lloyd, PhD, associate professor of Theology and Religious Studies, who has been named the Center’s inaugural director.

Dr. Lloyd is an editor of Journal of Political Theology and a member of the Political Theology Network’s Executive Committee. In 2017 and 2019 Villanova University received a pair of grants totaling $550,000 from the Henry Luce Foundation to create and support The Political Theology Network, an interdisciplinary association of scholars exploring the intersection of religion and politics. Dr. Lloyd was a key leader in building the network, which connects scholars, activists and community leaders who are interested in promoting the publicly engaged, interdisciplinary study of religion and politics.

The Center for Political Theology’s inaugural event will take place Thursday, Oct. 21 at 7 p.m. in the Smith Performance Lab of the John and Joan Mullen Center for the Performing Arts. Moderated by Dr. Lloyd, the panelists include:

The event is free and open to the public. All visitors to campus, regardless of vaccination status, are required to wear masks inside campus buildings. It will also be accessible via livestream.