VILLANOVA, Pa.—The Villanova University Alumni Association (VUAA) recently announced Stephanie Lim Capello ’97 as its new president-elect, and John Celestand ’99, Mark Murphy ’88, Jenn Park ’08 and Brian Westbrook ’01 as new members of its Board of Directors. The VUAA Board consists of 25 members across class years and colleges who represent the association within the University community and provide alumni perspective to support the association’s overall direction.

Lim Capello, who joined the Board in 2018, will begin her two-year term as president in June 2022, replacing current president, Joe Lamack '87. Celestand, Murphy, Park and Westbrook recently began serving their three-year terms on the VUAA Board.

“I’m so pleased to welcome a new president-elect and four new Board members who bring such talent, diverse backgrounds and differing perspectives on their experiences as Villanovans,” said George Kolb, Associate Vice President for Alumni Relations. “This group—and the entire VUAA—will be key to providing input and feedback on the critical alumni initiatives outlined in the University’s new Strategic Plan, Rooted. Restless., as we move the University forward into its next great chapter.”

The VUAA was established in 1875 with a mission to create a mutually beneficial, lifelong culture of belonging and returning to Villanova through the development of meaningful and transformative engagement opportunities. Today, the VUAA serves an alumni community of more than 130,000. 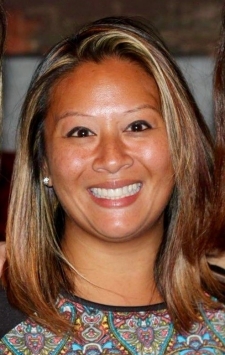 Stephanie Lim Capello, a resident of Havertown, Pa., is Director of Admissions, Sales, Marketing and Business Development for ESF, Inc., based in Bryn Mawr. Founded in 1982, ESF operates a portfolio of more than 40 nationally recognized day camps in multiple states—including Philadelphia Phillies Baseball and Phantasy camps, Philadelphia Jr. 76ers basketball camps, Brooklyn Nets Basketball Academy camps and Arsenal soccer camps. Prior to joining ESF, Lim Capello was Chief Operating Officer for Girl Scouts of Eastern Pennsylvania. She has more than 20 years of fundraising, event planning, operations and strategy, board management, communication and marketing, and business development experience in the non-profit sector—with a focus on arts and culture, education and social and human services. Over the course of her career, she also held positions at the Kimmel Center for the Performing Arts, the Philadelphia Zoo and Please Touch Museum. Lim Capello graduated from Villanova University in 1997 with a Bachelor of Arts in Communication and a minor in Sociology. During her time at Villanova, she was a member of Alpha Chi Omega sorority and Campus Music Ministry, as well as a volunteer for Special Olympics and other community service initiatives. Lim Capello has remained actively involved with the University since graduation. In addition to her current position on the VUAA Board of Directors, she also sits on the College of Liberal Arts and Sciences (CLAS) Dean’s Advisory Board. Additionally, Lim Capello was a planning committee member and panelist for both the 2017 and 2019 Villanova University Leadership Summits. 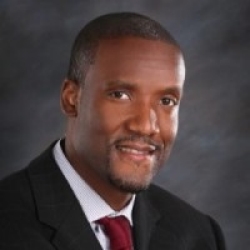 John Celestand, a former professional basketball player and member of the Los Angeles Lakers’ 1999-2000 NBA championship team, is the Director of Engagement for the Corporation for Public Broadcasting. Celestand also served as a freelance sports announcer and analyst for ESPN Regional Television and Comcast Sportsnet Philadelphia for eight years. He previously served as the Careers in Technology Program Manager and Youth Services Specialist at Goodwill Industries, and as Program Coordinator for the Rutgers University’s Future Scholars program. A philanthropist, Celestand is a board member for Voices for Children Montgomery, in Montgomery County, Md., has previously served as a motivational speaker at high schools and universities in the tri-state area and is a supporter of youth basketball programs in New Jersey. At Villanova, Celestand was a four-year member of the Men’s Basketball team, during which time he helped lead the Wildcats to three NCAA Tournament appearances. He was inducted into the Villanova Varsity Club Hall of Fame in 2017. Celestand graduated from Villanova University in 1999 with a Bachelor of Arts in Communication and has remained involved with the University as a member of the Villanova University Black Alumni (VUBA).

Mark Murphy, Esq, is an attorney focused on assessment law and property tax litigation. Before establishing his own law firm, Murphy was an Assistant District Attorney for Bronx County (N.Y.), and previously worked in the Business Litigation Department at Burns & Levinson, LLP in Boston, Mass. He currently serves as Treasurer and a Member of the Board of Directors of the National Association of Property Tax Attorneys ("NAPTA"), a nonprofit organization of ad valorem and property tax attorneys throughout the U.S. Murphy is a member of the Mass. and N.Y. Bars and is admitted to practice before the U.S. District Court for the District of Massachusetts and the U.S. Court of Appeals for the First Circuit. He also serves on the Taxation Law Section Council and previously was Chair of the Municipal Tax Practice Group of the Mass. Bar Association. He is currently an elected Member, and previously served as Chairman, of the Board of Assessors in Westwood, Mass. He is also a member of The International, Northeastern Regional, and Massachusetts Associations of Assessing Officers. After graduating from Villanova University with a Bachelor of Science in Accounting, Murphy received a JD degree from George Washington University Law School. He recently served as President of the Villanova Club of New England and is a Villanova Loyalty Society member and Annual Fund donor. 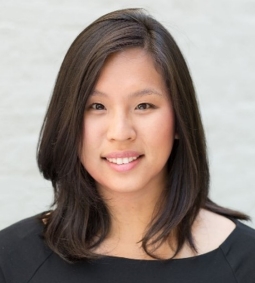 Jenn Park, is a Vice President and Managing Director of the Opportunity Accelerator, a new place-based initiative partnering with the public sector to scale solutions that improve economic and social mobility for residents and close racial gaps in communities. She is also the founding Director of Certification and Community for Bloomberg Philanthropies’ What Works Cities (WWC), the nation’s most comprehensive philanthropic effort to enhance cities’ use of data and evidence. In that role, Park created and launched WWC Certification, the first-ever national standard of excellence for well-managed, data-driven local government. Recently, Park worked to launch WWC's City Budgeting for Equity and Recovery program, an effort that helps 28 U.S. cities confront budget crises while strengthening their commitment to equity in the wake of COVID-19. She graduated from Villanova University in 2008 with a Bachelor of Science in Biology. Park was actively involved across campus during her time at Villanova, including with Special Olympics, New Student Orientation, Blue Key Society and Alpha Phi sorority. Her involvement with the University continued after graduation, having served as a former co-chair of the Reunion Committee, a committee member of the Villanova University Club of NYC and Villanova University Club of Los Angeles, an alumni interviewer for the Villanova Scholarship, and a member of Villanova’s President’s Club. In 2019, she was awarded the CLAS Alumni Medallion. 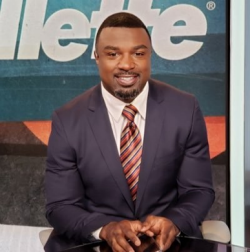 Brian Westbrook, a former NFL running back for the Philadelphia Eagles and San Francisco 49ers, currently works in sports broadcasting and media. Westbrook is involved in philanthropy and business, and makes guest speaking appearances throughout the country. He is the founder of Westbrook Horse Farm and the Brian Westbrook Foundation, which focus on serving underprivileged youth through financial literacy, leadership/character development and life skills. He currently serves on the board of advisors for the Villanova University Charles Widger School of Law’s Jeffrey S. Moorad Center for the Study of Sports Law and is a board member for the Villanova Football Club. As a standout for the Villanova Football team, Westbrook was a consensus All-American and the recipient of the 2001 Walter Payton Award, given to the top player in the NCAA’s FCS. In 2016, he was inducted into the Villanova Varsity Club Hall of Fame. After graduating from Villanova in 2001 with a Bachelor of Science in Management Information Systems, Westbrook attended the University of Pennsylvania’s Wharton School and the NFL’s Business Management and Entrepreneurial Program.