The St. Thomas of Villanova Alumni Medal is the highest award given by the Villanova University Alumni Association 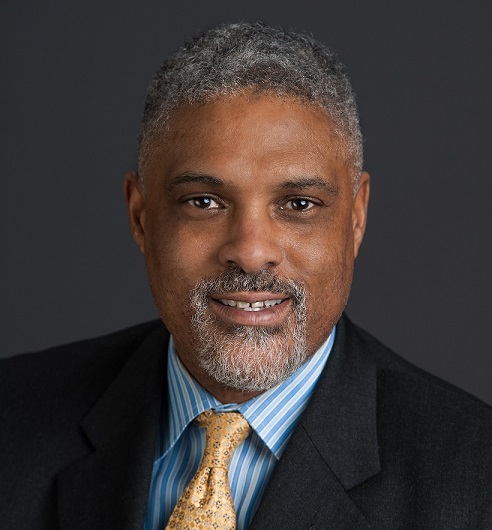 VILLANOVA, Pa. ‑ The Villanova University Alumni Association (VUAA) has announced the selection of Darryl J. Ford ’87 College of Liberal Arts and Sciences (CLAS), as the recipient of its 2021 St. Thomas of Villanova Alumni Medal. The medal is the highest award given by the VUAA and is presented to alumni for outstanding service and to those who best symbolize the spirit and legacy of St. Thomas of Villanova.

“For many years now—from his time on campus as a student, to his becoming a trustee, and now in his current role on the Aequitas Presidential Task Force on Race, Darryl has shown he is a dedicated Villanovan who truly embodies the spirit of this award,” said Mike J. O’Neill, Senior Vice President for University Advancement. “He is a pillar not only of the Villanova community—giving back in countless ways to his alma mater—but also of the greater Philadelphia community and beyond. Darryl’s commitment to community, as well as to the transformational impact of education, make him the perfect choice for this year’s St. Thomas of Villanova Medal.”

Ford has been actively involved with Villanova for many years, spending 10 years as a member of the University’s Board of Trustees from 2009-18. As a trustee, he was a representative on numerous board committees—chairing the academic affairs and nominations committees, and serving on the executive, student life, facilities and risk committees. Ford has been a featured speaker at a variety of Villanova events, including its Spotlight on Leadership Series and Cooperating Teachers Dinner. He has also mentored students through the Nova Noble Network—part of the Noble Network, which provides support and advising to students who enroll from 17 charter public high schools in Chicago. Currently, Ford is a member Aequitas, the University’s Presidential Task Force on Race. Comprised of students, faculty, staff and alumni, this task force is charged with assessing the racial climate on campus and identifying areas for improvement.

"I am both humbled and honored by this award,” Ford said. “When I arrived as a freshman almost four decades ago, little did I know that Villanova would become such an integral part of my life. To witness the growth of the University and to have served Villanova in some small way are extremely gratifying."

After graduating from Villanova in 1987, Ford went on to receive his MA in Educational Administration and PhD in Educational Administration, Institutional, and Policy Studies from The University of Chicago. He began his educational career at St. Gregory Episcopal School in Chicago, serving as Headmaster and Executive Director. From there, Ford went to William Penn Charter School in Philadelphia, where he spent 10 years as Middle School Director before being named to his current position as Head of School in 2007. In this role, he is responsible for the overall administration and strategic direction of the Pre-K-12th grade education program of the 975 student Quaker school founded in 1689.

Ford currently serves as a trustee for The Heads Network, the Association of Delaware Valley Independent Schools and Cliveden of the National Trust and is a member of the board for both The Cum Laude Society and AIM Academy. Ford has received numerous honors and awards, including the Alumni Medallion from Villanova University’s College of Liberal Arts and Sciences, Distinguished Leadership Award from the Community College of Philadelphia, Distinguished Alumnus Award from Friends Select School in Philadelphia, Principal of the Year Award from Reading is Fundamental (Chicago) and Educator of the Year Award from Phi Delta Kappa (Chicago Chapter). Additionally, he was a Gala Honoree at St. James School, where the Head of School Office was named in his honor.

Since 1995, the St. Thomas of Villanova Alumni Medal has been given to those who have achieved a significant level of distinction within their career field and have made a major impact on their community, the University and the Alumni Association.