In recognition of McGuinn’s lifetime giving, a new residence hall in The Commons on Lancaster Avenue will be named McGuinn Hall 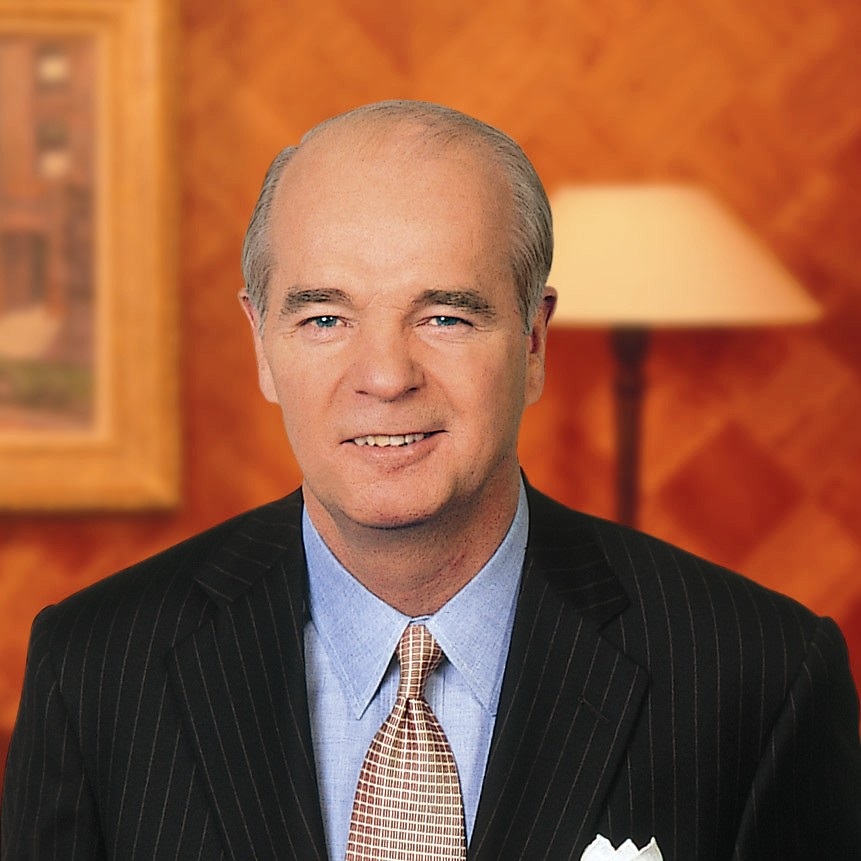 “Through his exceptional generosity, Marty has demonstrated a steadfast commitment to Villanova’s mission and our vision that is reflected in the new Strategic Plan,” said Father Donohue. “Marty supports areas of the University that he feels passionately about, and, in doing so, he has helped elevate Villanova’s stature and recognition. On behalf of the entire Villanova community, I would like to express my deep gratitude to Marty for his continued generosity and commitment to the University.”

“The seven years I spent at Villanova, including receiving a first-rate education and making friends for life, have had a major impact on me,” McGuinn said. “Villanova is thriving now under the leadership of Father Peter, and my gift is intended to support him and the new Strategic Plan, which I am convinced will take Villanova—and the Law School—to new heights.”

The University will receive $7 million from McGuinn to further support and advance the research efforts of its faculty. A key initiative of the University’s new 10-year Strategic Plan, Rooted. Restless., calls for increased investment in high-potential research and scholarship. McGuinn’s gift will provide critical seed funding and support research and scholarly projects that positively impact society—and the world. It also will provide funding to accelerate the University’s most promising research projects through targeted faculty grants, as well as create a permanent funding source for high-level, impactful research projects.

Included in this is $2 million that will support faculty members in the Charles Widger School of Law, providing scholarship grant awards each year to help further their research and promote awareness of their work. These grants will recognize Villanova Law faculty whose scholarship has had a significant impact on the academy, the law, the legal profession and/or policy.

“The groundbreaking research and scholarship of Villanova’s faculty has been a key factor in the University’s continued national recognition,” said Patrick G. Maggitti, PhD, Villanova University provost. “These endowed funds will propel our research enterprise forward, creating even more opportunities for our teacher-scholars to innovate and create knowledge that positively impacts the world. We are extremely grateful that Mr. McGuinn has chosen to support Villanova’s remarkable faculty in this way.”

As the University continues to focus on helping veterans earn their degrees, $3 million of McGuinn’s gift will increase the number of veteran students at Villanova on an annual basis by expanding the Yellow Ribbon Program for tuition and fees. It will also be used to grow Villanova’s Office of Veterans and Military Service Members and the programming and resources the office provides. For decades, the University has worked to obtain VA educational benefits for veterans and their dependents. Villanova has further deepened its commitment to veterans in numerous ways, including the formation in 2018 of a centralized Office of Veterans and Military Service Members—dedicated to assisting veterans, service members and their dependents.

“I’m thrilled that Marty has committed so generously to the University in these two critical areas,” said Mike O’Neill, senior vice president for Advancement. “Marty continues to believe in—and support—the vision we have created to map Villanova’s future. We are grateful to him for his ongoing commitment to this vision, which will ensure the University’s continued forward momentum.”

A formal dedication for McGuinn Hall is being planned for the fall.

About Martin G. McGuinn, Esq.: McGuinn retired in 2006 as chairman and chief executive officer of Mellon Financial Corporation (now known as BNY Mellon), after serving for seven-plus years at the helm of the global financial services company. During his 25 years with Mellon, he held a number of leadership positions. In 2002, he was appointed by President George W. Bush to the National Infrastructure Advisory Council, which makes recommendations regarding the security of the nation’s economically critical infrastructures.

Prior to joining Mellon, McGuinn served for three years as a captain in the US Marine Corps. His tour of duty included service in Vietnam. He began his career as an associate with the Wall Street law firm Sullivan & Cromwell, before serving as managing counsel for The Singer Company.

McGuinn has been a member of numerous boards, including serving as advisory board president for the Federal Reserve Board and board chair for the Financial Services Roundtable and MasterCard International (US), Carnegie Museum of Art and the Senator John Heinz History Center. He has also served on the board of directors for the American Bankers Association, U.S.-Japan Business Council, Inc., UPMC Health Systems, Chubb Corporation and Celanese Corporation. At Villanova, he served as chair of the Law School’s Board of Consultors.

With his most recent $10 million gift to Villanova, he has now given $15.7 million to the University during his lifetime. He endowed the Martin G. McGuinn Professorship of Business Law in the Villanova University Charles Widger School of Law. He previously pledged $1.25 million to establish the McGuinn Irish Scholars Program and $1.25 million to establish the Martin McGuinn ’64 ’67 Endowed Scholarships at the Law School.