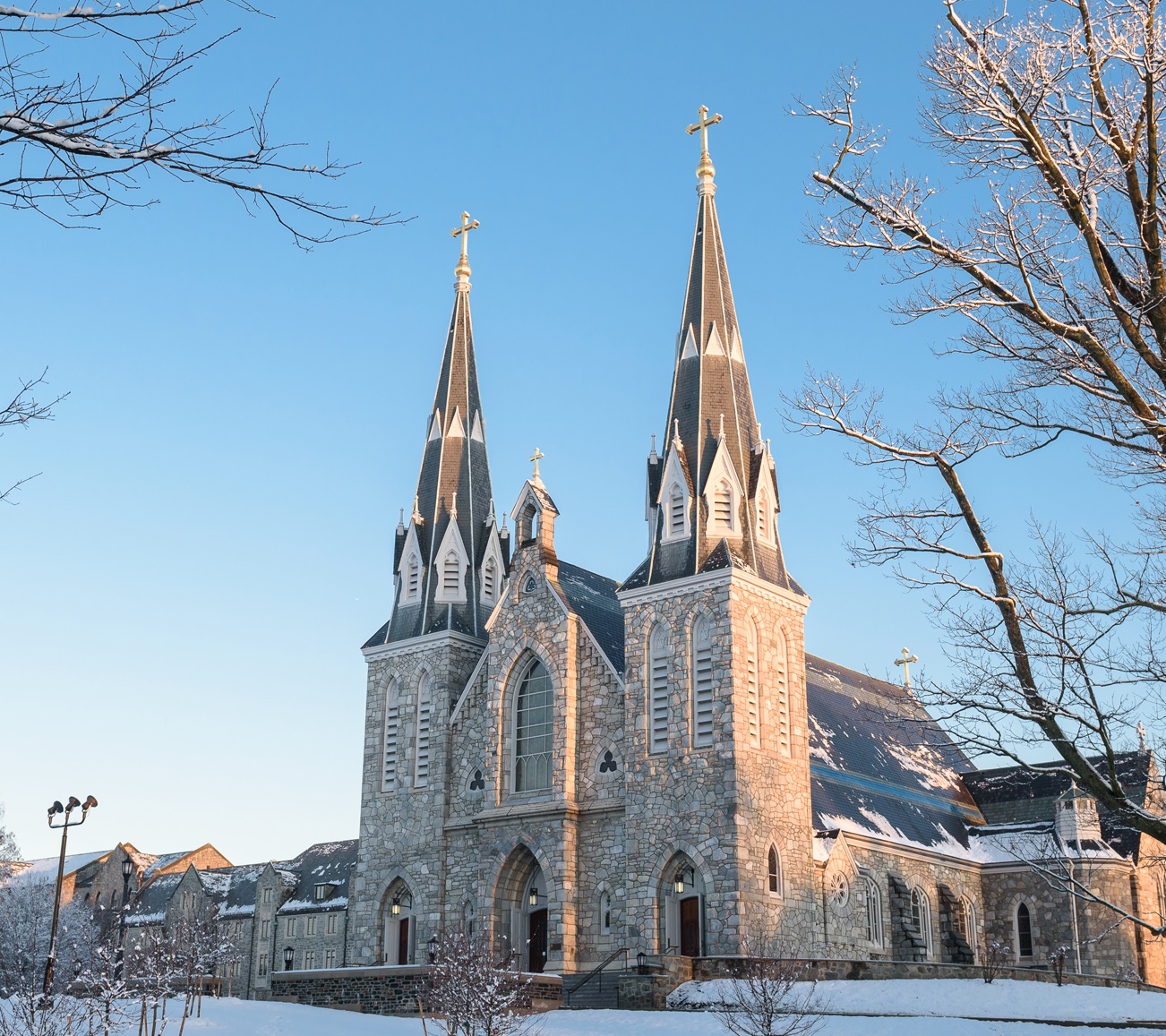 VILLANOVA, Pa. – Villanova University announced that its Board of Trustees has elected Justin G. Gmelich, Partner and Head of Global Markets at King Street Capital Management, as its chairperson. Gmelich succeeds Joseph V. Topper, Jr., who served as chair of the Board of Trustees since 2017.

“Justin is a knowledgeable and dedicated alumnus, who thoroughly understands Villanova and the issues facing higher education institutions across the country,” said the Rev. Peter M. Donohue, OSA, PhD, Villanova University President. “His vast professional experience, coupled with a demonstrated commitment to our mission, will serve him well as he takes on this new leadership role. I look forward to working closely with Justin and all of our new officers and board members to build on Villanova’s recent successes and realize our ambitious goals for the future.”

CHAIR, BOARD OF TRUSTEES

Justin G. Gmelich ’90 VSB is a Partner and Head of Global Markets at King Street Capital Management, where he is also a member of the Investment Committee. Prior to this, Gmelich was the Global Chief Operating Officer for Fixed Income, Commodities, and Currencies (FICC) at Goldman Sachs. Before being named COO of FICC, he was Global Head of Credit at Goldman Sachs. Additionally, while at Goldman Sachs, he was a member of the Firm’s Management Committee, Firmwide Risk Committee, Securities Division Executive Committee, Securities Division Volcker Committee and the Global Recruiting Council. Earlier in his career, Mr. Gmelich worked as an Associate Trader at Chase and as Vice President at Salomon Brothers.

Gmelich has been a member of Villanova University’s Board of Trustees since 2011, serving as vice chair since 2017. He chaired the Board’s investment committee for more than five years. Gmelich also serves on the boards of Teddy’s Fund and Trinity Hall. He graduated in 1990 with a Bachelor of Science degree in Finance from the Villanova School of Business (VSB) and is a former member of the VSB Dean’s Advisory Council. Gmelich went on to earn a Master of Science degree in Accounting/Taxation from the University of Southern California and an MBA in Finance from Columbia University. He lives in Rumson, N.J., with his wife, Victoria, and five children.

VICE CHAIR, BOARD OF TRUSTEES

Beth Mazzeo ’81 VSB is the Chief Administrative Officer of Bloomberg LP. Mazzeo is responsible for the company’s global support team across 170+ offices, providing end-to-end service to more than 40,000 client firms and nearly 20,000 employees. Her department of 1,700+ people is responsible for the operation of Bloomberg’s global real estate & facilities portfolio, supply chain, security, travel and expense along with technical customer and employee support and infrastructure. These efforts ensure that Bloomberg's clients, employees, assets and networks are safe, secure and operating at maximum efficiency. Mazzeo joined Bloomberg in 1986 and has since held roles across Bloomberg's trading systems and data teams before serving as Chief Administrative Officer. Prior to Bloomberg, she worked for the financial services firm Integrated Resources.

Mazzeo received her Bachelor of Science degree in Business Administration from the Villanova School of Business (VSB) in 1981. She has been a member of Villanova's Board of Trustees since 2013, and previously served as a member of the Dean's Advisory Council at VSB. A mother of three (Alexandra '13, Christina and Lawrence Jr. '16), she resides in Skillman, N.J., with her husband, Lawrence, a 1983 graduate of Villanova.

SECRETARY, BOARD OF TRUSTEES

The Reverend Francis J. Doyle, OSA, ’67 CLAS is the Prior of Bellesini Friary in Ardmore, Pa., where he is a member of the Provincial Council. Following his ordination as an Augustinian priest in 1970, Fr. Doyle became the Associate Pastor of Our Lady of Good Council Parish, Staten Island, N.Y. He subsequently served as Master of Novices, Province of St. Thomas of Villanova, Good Council Novitiate, Villanova, Pa.; Associate Pastor, Our Mother of Good Council, Bryn Mawr, Pa.; Pastor, St. Denis Parish, Havertown, Pa.; Director of Formation, Augustinian College; Pastor, St. Margaret Parish, Maggie Valley, N.C.; and Pastor of Our Lady of Mercy Parish in Kloof, KZN, South Africa, including the Zulu Missions of St. Leo, St. Helen and St. Aloysius. Fr. Doyle received his Bachelor of Arts degree from Villanova University’s College of Liberal Arts and Sciences in 1967 and went on to earn his Master of Arts degree from Augustinian College. He has been a member of Villanova University’s Board of Trustees since 2015.

The Rev. Joseph A. Genito, OSA, ’72 CLAS has served as Pastor of St. Thomas of Villanova Parish since 2017. Prior to that, he was Pastor and Shrine Director at St. Rita of Cascia in South Philadelphia, where he served since 2008. Fr. Genito previously held assignments as Director of the Formation Program in Washington, D.C., and Chicago. From 1999-2004, he served as Director of Justice and Peace for the Province of Saint Thomas of Villanova. Fr. Genito joined the Augustinian Order in 1967, professed his solemn vows in 1972 and was ordained a priest in 1975. He graduated from Villanova University in 1972 with a Bachelor of Arts degree in Philosophy and would go on to earn his Master of Theological Studies from Washington Theological Union. Fr. Genito has ministered in various Augustinian parishes and schools in N.Y., Mass., Pa., and Fla. In addition to his time as Pastor at St. Thomas of Villanova and St. Rita of Cascia, he also previously served as Pastor at St. Augustine Parish in Casselberry, Fla.

Chris T. Gheysens ’93 VSB is President and CEO of Wawa Inc. Gheysens has been with Wawa for 23 years, previously serving as Chief Financial and Administrative Officer. He started his career in the Deloitte & Touche audit practice in Philadelphia. Gheysens graduated from Villanova with a BS in Accountancy and later earned his MBA from St. Joseph’s University. He is active in the Philadelphia area community, currently serving as chair of the Board of Trustees for Children’s Hospital of Philadelphia, chair of the CEO Council for Growth and member of the WSFS Bank Board of Directors. He previously served on the Board of Directors for the National Association of Convenience Stores and the Economic Advisory Council of the Philadelphia Federal Reserve Bank. Additionally, Gheysens was recently chair of the Villanova School of Business (VSB) Dean’s Advisory Council for six years.

Christopher Hyzy ’91 VSB is Managing Director and Chief Investment Officer for both Bank of America Private Bank (formerly US Trust) and Merrill Wealth Management, having previously served as the Chief Investment Strategist for U.S. Trust. He also held the role of Chief Investment Officer and Head of Product Strategy for the Latin American Market region of The Citigroup Private Bank. He received his BS in Business Administration from Villanova and his MBA from New York University. Hyzy is a member of the Finance and Investment Committee for the Congressional Medal of Honor Foundation. At Villanova, he previously served on the Provost’s Board and the Villanova School of Business (VSB) Finance Advisory Council.

Erin Scanlon ’86 VSB is a Senior Audit & Assurance Partner at Deloitte and is the firm’s Global Audit & Assurance Clients & Industries Leader. Scanlon previously served as the firm’s US Telecom, Media & Entertainment Audit & Assurance Leader. She is also the President of the Deloitte Foundation, whose mission is to drive initiatives that develop future leaders by accelerating education innovation to meet the pace of business. Scanlon earned her BS in Accountancy from Villanova and her MBA from Columbia University. She currently serves on the Board of Trustees for Big Brothers Big Sisters of NYC and the Professional Children’s School. Scanlon has also served as a member of the Advisory Council for Villanova’s Anne Welsh McNulty Institute for Women’s Leadership.

Darla Wolfe ’06 EMBA is a business technology executive and entrepreneur who is principal and CEO of Sweat EquitE, LLC, an innovative service company that matches experienced professionals to non-traditional work opportunities at start-ups and non-profits. She also has held senior level roles in Information Technology and Manufacturing at Fortune 500 companies including DuPont, Rohm and Haas and SAP America. Prior to forming Sweat EquitE, Wolfe was co-founder and CEO of HyperdriveTV, a video streaming distribution platform for global independent film—including the exclusive online broadcasters of the Belize International Film Festival. She earned her BBA in Computer Science from Temple University, her EMBA in Organizational Leadership from Villanova University, and her Professional Certificate in Screenwriting from UCLA. Wolfe is a member of the Forum of Executive Women. In addition, she has served on the Villanova Alumni Association Board, as well as the Advisory Council for both the Anne Welsh McNulty Institute for Women’s Leadership and VU Women in Tech.