UFC Gearing up for a Fight in Antitrust Lawsuit 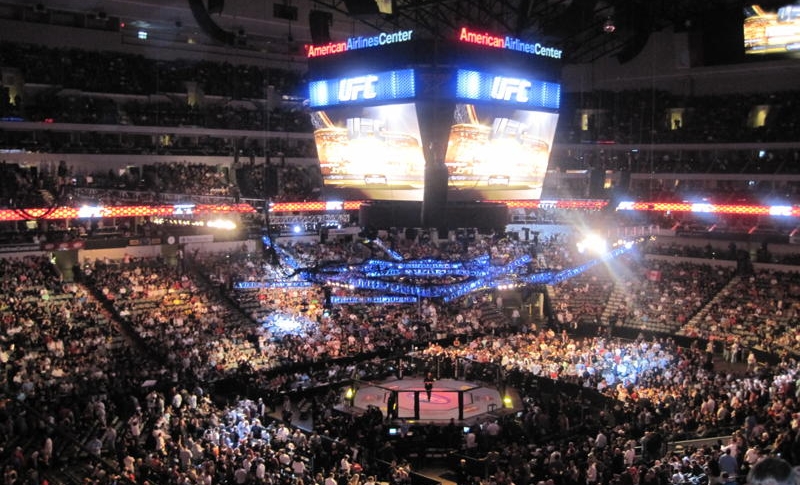 The Ultimate Fighting Championship (“UFC”) may be the largest and fastest growing Mixed Martial Arts (“MMA”) promoter in the world, but it is certainly not without its fair share of in-house problems.[1]  In December of 2014, several current and former UFC fighters filed an antitrust lawsuit against the UFC’s parent company, Zuffa LLC.[2]  The complaint alleges that the UFC holds a monopoly on professional MMA, and subjects its fighters to unscrupulous working conditions and long term, oppressive contracts.[3]  While this complaint might seem analogous to National Football League players suing the NFL, there is one key difference according to the plaintiffs in this case: the UFC does not have teams competing to pay separate prices for the same player.[4]

Background: The Makings of a Monopoly

Proving a monopoly in this instance is not as simple as it seems, especially considering the existence of other fairly large professional MMA promoters like Bellator and World Series of Fighting.  In order for this antitrust lawsuit to have any legal traction, the plaintiffs must show that the UFC controls the market for promotion of live MMA, and that the UFC is the sole buyer in the market of MMA fighter’s services.[5]

To show these elements, the complaint alleges some comments by outspoken UFC president Dana White (including saying “There is no other guy” in reference to the UFC in the world of professional MMA) – quotes that do not paint a picture of a competition friendly organization.[6]  Beyond words, the UFC may have some difficulty fighting this claim as well.  The complaint also alleges that UFC fighters generally make between 10-17% of total UFC revenues generated from a bout, compared to the more than 50% of league revenue enjoyed by athletes in the the four major sports markets (football, baseball, basketball and hockey).[7]  Couple this allegation with the exclusive contracts the UFC uses with its fighters, barring their participation with other organizations, there seems to be some merit in the alleged monopoly claim.[8]

Additionally, the complaint offers some proof of intimidation and threats against UFC fighters which adds to the general monopolistic attitude the UFC allegedly embodies.  For example, the UFC negotiated a video game deal with THQ, Inc., and required all their fighters to assign their likeness rights to THQ indefinitely for no compensation.[9]  One of the plaintiffs in this lawsuit, former UFC fighter Jon Fitch, attempted to negotiate some type of compensation for the deal, and was subsequently fired from the UFC.[10]  Additionally, one of the MMA’s biggest stars, B.J. Penn, claims he was threatened with a lifelong ban by UFC president Dana White when he considered working with a rival promoter for a higher salary.[11]  While these allegations do not necessarily show that the UFC is a monopoly, the complaint suggests that the UFC acts in ways adverse to its fighter’s best interests because it is aware of its control over the sport of MMA.

The UFC’s Anti-Competitive Attitude in the Discovery Process

Some of the material sought in the discovery process includes UFC fighter contracts and other confidential material, so the UFC’s lawyers have sought to bar Robert Maysey, a member of the plaintiffs’ legal team, from seeing it.[12]  Zuffa claims that Maysey has affiliations with a rival MMA promotion, and according to Zuffa, allowing him to see UFC contracts or other confidential information “would be adverse to Zuffa’s commercial or business interests.”[13]  As a result, Zuffa suggests a dual tier discovery stage: all attorneys can see the less confidential material, but only some attorneys can see the highly confidential material.[14]  While this practice is not novel, it could continue to cloud the UFC’s image as a corporation that plays well with others.[15]

The fight of the current and former UFC fighters is most certainly not over.  The interesting part to this dilemma is that Maysey is the trial counsel for the plaintiff’s lawsuit.[16]  In other words, if this case goes to trial, Maysey is the attorney lacing up the gloves.  The status of Maysey will no doubt be a factor considered in whether or not a dual stage discovery process is allowed, the implications of which will shape the remainder of this litigation.  Although this may seem like an aggressive approach in the courtroom, the UFC is following sage martial arts advice: don’t stop until the referee says so.

Is this a Knockout Blow?

Because the initial filing of this complaint occurred less than a year ago, it is very difficult to evaluate exactly what will happen with this lawsuit.  However, many commentators have suggested that if the plaintiffs are successful, this action could be a crushing blow for the UFC.[17]  As previously mentioned, the structure of the UFC is different from other major sports because there are no teams.[18]  Instances of other professional athletes bringing antitrust claims against their professional sports leagues may not be as on point as the UFC would hope.[19]  Thus, the outcome of this legal battle will, one way or another, have a huge impact on MMA – and might deliver a K.O. punch to the UFC too.