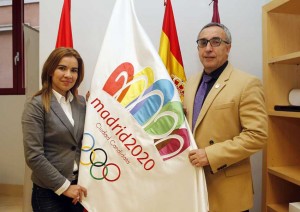 With a keen eye focused on Madrid’s 2020 bid for the Summer Olympics, on Thursday, June 13, the Spanish parliament passed a new anti-doping la]w, bringing itself in line with international guidelines.[1] This move comes amidst heavy criticism that Spain has been notoriously soft on doping, a reputation which was only fueled by the recent Operation Puerto case.[2] That case ended with a guilty verdict for a doctor at the center of the blood-doping ring, Eufemiano Fuentes.[3] He was given a one-year suspended sentence for endangering the health of cyclists.[4]

Spain has a history of responding slowly when it comes to instituting anti-doping measures, lagging behind other European countries such as France and Italy. [5] Spain’s first anti-doping law was passed in 2006, and viewed by many as insufficient to tackle the rampant use of performance-enhancing substances.

That all changed on Thursday, though, with the passage of the “law for the protection of athletes’ health and the fight against doping.” The legislation, which meets recommendations made by the World Anti-Doping Agency, will become effective within twenty days.[6]

The law creates a new national anti-doping agency to replace the incumbent Spanish anti-doping agency (AEA).[7] The Spanish Agency for the Protection of Health in Sport will be an independent organization with increased autonomy and a focus toward athletes’ health.[8]

The organization will be responsible for managing and carrying out doping testing. This will include the ability to conduct random testing of athletes around the clock, including between the hours of 11 p.m. and 6 a.m., a time period during which no testing was permitted under the current system.[9]The agency’s responsibilities will also include administering penalties nationally, levying fines, and suspending licenses.

The law strengthens existing legislation by increasing the maximum fine amount and introducing the possibility of life bans. Focusing largely on suppliers, the law imposes fines of up to $530,000 on those who deal in banned substances in Spain.[10] However, the law does not criminalize doping for athletes, but instead makes it a sports violation subject to bans from competition.[11]

While it is impossible to know whether this will be enough to strengthen Madrid’s bid against Istanbul and Tokyo for the 2020 Games, the strengthened measures are certainly a step towards rebuilding the nation’s permissive image. Time will tell whether such measures prove effective, as the International Olympic Committee (IOC) is due to select the winning city in September 2013.[12]