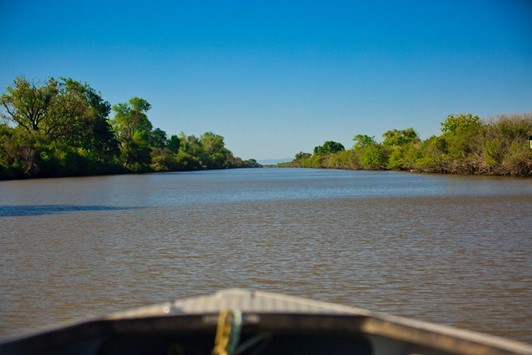 On June 24, 2020, the University of Connecticut (“UConn”) announced its decision to eliminate the University’s women’s rowing team after the 2020-2021 season as part of a budget cut, partially due to looming costly boathouse repairs.[1] In April 2021, twelve members of the women’s rowing team filed a proposed class action suit in the Connecticut District Court to prevent UConn from eliminating the team.[2] The rowers claimed UConn had violated Title IX of the Education Amendments of 1972 and that “a temporary restraining order [was] needed to maintain the status quo pending a ruling on their motion for preliminary injunction.”[3]

On May 26, 2021, the Connecticut District Court issued an opinion on the rowers’ motion for preliminary injunction.[4] In the Second Circuit, there are two standards of proof for preliminary injunctions, depending on whether movants seek a “mandatory preliminary injunction that alters the status quo” or a “prohibitory injunction seeking only to maintain the status quo.”[5] Movants seeking to maintain the status quo must demonstrate that they are “likely to succeed on the merits” of a claim, are “likely to suffer irreparable harm in the absence of preliminary relief, [that] the balance of equities tips in [their] favor, and that an injunction is in the public interest.”[6]  Conversely, movants seeking to alter the status quo “must demonstrate a “clear” or “substantial” likelihood of success on the merits.”[7] Despite the fact that UConn did not prepare for the team’s operations for the following year, the Connecticut District Court determined that the rowers were seeking to preserve the status quo because the action arose from the decision to cut the team.[8] Therefore, the lower standard could have applied.[9] Nevertheless, the court applied the higher standard of review when considering the merits of the rowers’ claim, perhaps due to the court’s view that the rowers had strong claims.[10]

In exchange for federal funding, Title IX requires schools to offer equal athletic opportunities to men and women.[11] To determine whether a school offers equal opportunities to men and women, the court can consider a variety of factors, including “whether the selection of sports and levels of competition effectively accommodates the interests and abilities of members of both sexes.”[12] To determine whether UConn effectively accommodated the interests and abilities of its athletes, the Connecticut District Court used two policy guidance documents issued by the U.S. Department of Education’s Office of Civil Rights (“OCR”).[13] The 1979 Policy Interpretation relied on by the court indicates that there are three prongs that may be used to determine whether a school has effectively accommodated its students.[14] However, when asserting its compliance with Title IX, UConn only argued that the first prong had been met and neglected to argue whether the second or third prongs had been met.[15]

The first prong of the 1979 Policy Interpretation considers “whether intercollegiate level participation opportunities for male and female students are provided in numbers substantially proportionate to their respective enrollments.”[16] The court noted that the 1996 Policy Clarification indicates that “natural fluctuations in enrollment and participation rates” make it difficult to achieve exact proportionality in the ratio of male to female student athletes and male to female undergraduate students.[17] Further, the court addressed that the 1996 Clarification indicates that this inevitable discrepancy results in a “participation gap,” the number of opportunities necessary to attain exact proportionality.[18] Consequently, because exact proportionality is realistically unattainable, the 1996 Clarification considers “athletic opportunities “substantially proportionate” at a school when “the number of opportunities that would be required to achieve [exact] proportionality would not be sufficient to sustain a viable team.”[19] Importantly, the court noted that the 1996 Policy Clarification also states that “[a]s a frame of reference in assessing this situation, OCR may consider the average size of teams offered for the underrepresented sex, a number which would vary by institution.”[20]

Although the 1996 Policy Clarification indicated that consideration of the average size of all teams offered for the underrepresented sex was discretionary, UConn argued that proportionality was met because the participation gap after elimination of the women’s rowing team was fewer than the size of an average UConn women’s team.[21] UConn based their argument on a Western District of Michigan case, but the Connecticut District Court noted that the opinion was not binding.[22] Furthermore, the Connecticut District Court analyzed the language of the 1996 Clarification and found that “the 1996 OCR Clarification provides that a participation gap large enough to field a viable team- not the average team size- is the benchmark for determining substantial proportionality; the average size ‘may’ be considered as a ‘frame of reference’ in ascertaining the viable team size.”[23]

In its May 2021 ruling, the court also considered that it was apparent that UConn had a history of failing to comply with Title IX and granted the rowers’ preliminary injunction to temporarily prevent the University from removing the team.[28] In July 2021, two months after the Connecticut District Court’s preliminary injunction opinion, UConn announced that it would keep the rowing team for at least the next two years, through the 2023 season.[29] Five months later, in December 2021, the rowers and UConn reached a settlement decision.[30] UConn agreed to keep the rowing team for three additional years (through the 2026 school year), hire three full-time assistant coaches, extend the head coach’s contract an additional year through 2024, increase the number of scholarships from fourteen to twenty, increase the recruiting budget from $7,300 to $35,000 per year, and provide space for indoor practice, meeting, training, and a locker room with one locker per rower.[31] UConn also agreed to complete the boathouse renovation that initiated the decision to eliminate the team and agreed to install new docks, bathrooms, and showers and covered storage.[32] Additionally, UConn agreed to Title IX compliance monitoring to audit its athletic programs.[33]

While it is now clear that UConn was out of compliance with Title IX, the University did not seem to appreciate its substantial proportionality calculation errors until after the preliminary injunction hearing and Connecticut District Court opinion.[34] It is important to ensure compliance with applicable law of the proper jurisdiction; although UConn seemingly satisfied Title IX substantial proportionality in other jurisdictions, the University did not meet the standard in the Second Circuit.[35] Going forward, schools will likely thoroughly ensure compliance by confirming what metric is necessary in their respective jurisdiction and by implementing or improving routine compliance monitoring.[36]

[7] See id. at *3 (noting burden of proof is more stringent because movant changing situation instead of preventing change).

[8] See id. at *4 (“In this case, the ‘last actual, peaceable uncontested status which preceded the pending controversy’ is when the rowing team was fully operative, before UConn announced that it would cut the team and before it took steps toward that end.”).

[9] See id. at *5 (“That UConn has not recruited any student athletes, purchased equipment, or retained coaches for the 2021-2022 season does not compel a conclusion that a heightened mandatory injunction analysis is warranted.”).

[11] See id. (“[n]o person in the United States shall, on the basis of sex, be excluded from participation in, denied the benefits of, or be subjected to discrimination under any education program or activity receiving Federal financial assistance” (citing 20 U.S.C. § 1681(a))).

[12] See id. at *5-6 (noting Title IX regulations codified at 34 C.F.R. § 106.41(a), ten non-exhaustive factors for assessing equal opportunities, factors include “provision of equipment and supplies; scheduling of games and practice time; travel and per diem allowance; opportunity to receive coaching and academic tutoring; assignment and compensation of coaches and tutors; provision of locker rooms, practice and competitive facilities; provision of medical and training services; provision of housing and dining facilities and services; and publicity.”).

[15] See id. (providing basis for court’s decision to address only first prong in its analysis). “Under prong one of the three-part test, courts first determine the number of participation opportunities afforded to male and female athletes in the intercollegiate athletic program.” Id. at *8-9 (citing Biediger., 691 F.3d at 93). “Then, courts consider whether the numbers are substantially proportionate to each sex's undergraduate enrollment." Id. at 94 (citing Biediger, 691 F.3d at 94)).

[16] See id. at *7-8 (noting other prongs are “2. where the members of one sex have been and are under-represented among intercollegiate athletes, whether the institution can show a history and continuing practice of program expansion which is demonstrably responsive to the developing interest and abilities of the members of that sex; or 3. where the members of one sex are underrepresented among intercollegiate athletes and the institution cannot show a continuing practice of program expansion . . . whether it can be demonstrated that the interests and abilities have been fully and effectively accommodated by the present program.” (citing Biediger, 681 F.3d at 92-93))).

[19] See id. at *10 (also noting other factors can be considered, like natural fluctuations in enrollment) .

[20] See id. at *10-11 (“Ultimately, substantial proportionality is decided on ‘case-by-case basis rather than through use of a statistical test,’ taking into account ‘the institution’s specific circumstances and the size of its athletic program.’”(internal footnote omitted) (citing 1996 OCR Clarification, at 2-3)).

[26] See id. at *17 (“[W]hile a district court outside this circuit reports finding no case in which a disparity of two percentage points or less has been held to manifest a lack of substantial proportionality,… we do not pursue the issue because the disparity in this case is greater than 2% and we do not, in any event, understand the 1996 Clarification to create a statistical safe harbor at this or any other percentage.” (quoting Biediger v. Quinnipac Univ., 691 F.3d 85, 106 (2d 2012))).

[28] See id. at *14-16 (indicating at preliminary injunction hearing “evidence was introduced plausibly suggesting that UConn had inflated the numbers on its women’s rowing team” and “UConn’s historical data further suggests that the University is not now, and has not been since 2008, complying with Title IX.  Based on UConn’s web roster data . . . UConn experienced participation gaps disfavoring females every year for the past 13 years”).

[33] See Doyle, supra note 2 (noting Connecticut District Court found UConn had not been compliant with Title IX since 2008, which is why lead counsel for rowers, Felice Duffy, stated monitoring was important part of settlement).

[34] See Riley, supra note 1 (citing UConn press release decision to reinstate rowing program after preliminary injunction hearing, opinion).  “We continue, as we must, to assess our compliance with Title IX and we determined that additional participation opportunities for female student athletes are necessary at this time.”  Id.