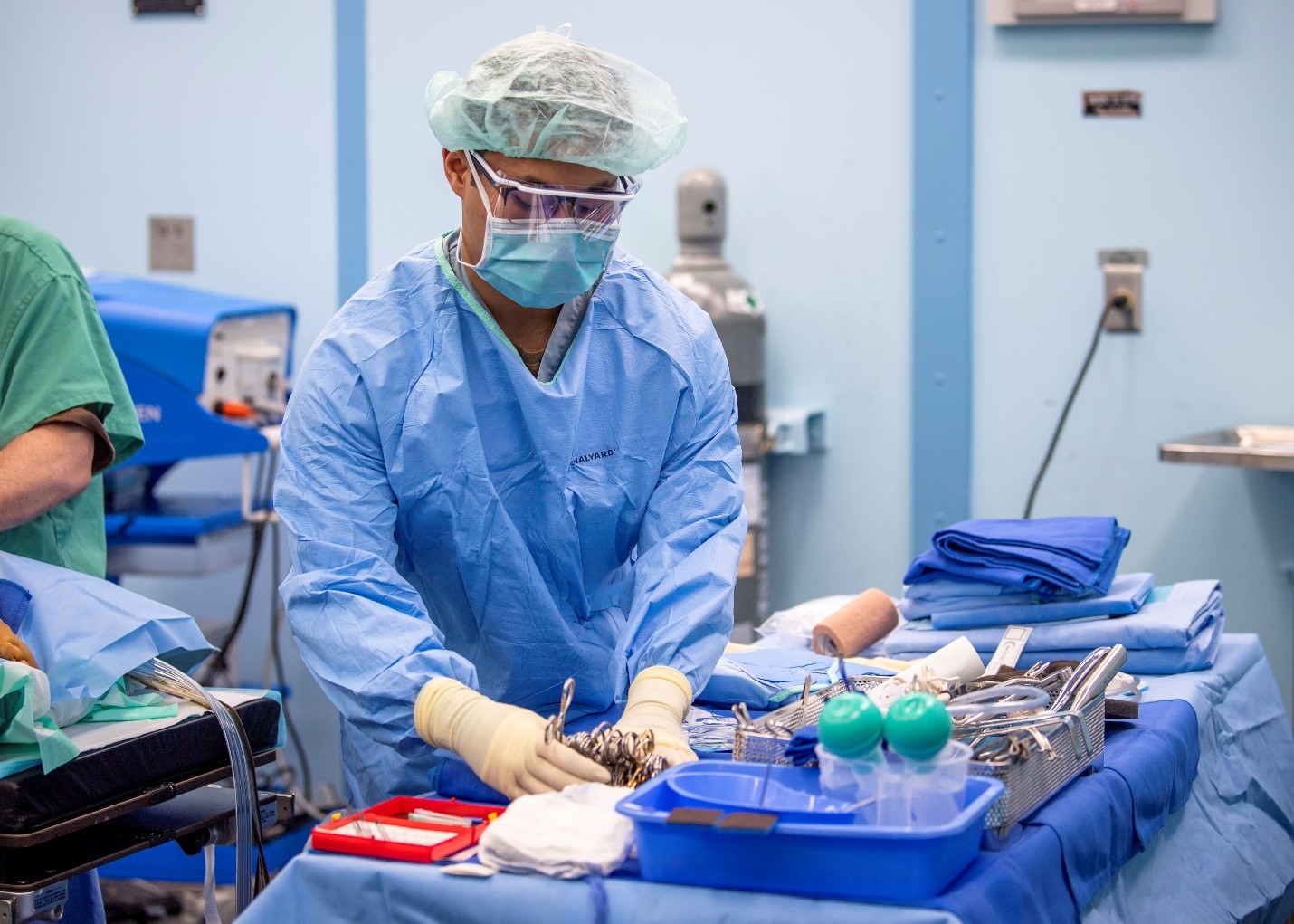 Jack Eichel started his career in the National Hockey League (“NHL”) in 2015 when he was drafted second overall, just behind Connor McDavid.[1]  When the Buffalo Sabres drafted Eichel, he was an eighteen-year-old center who had played for Boston University.[2]  Since getting drafted in 2015, Eichel has had a productive career when on the ice, which is why the Sabres rewarded him with an eight-year, $80 million contract in 2017.[3]  Furthermore the Sabres named Eichel the team captain in 2018 after he led the team in scoring the previous two years.[4]

A Herniated Disk Has Changed Everything

Last year, Eichel suffered a neck injury that sidelined him for most of the season.[5]  When the injury first occurred, it appeared the team and Eichel were in agreement about what his rehab would entail.[6]  The original agreed-upon rehab for Eichel was a twelve-week plan that would have hopefully allowed him to avoid surgery.[7]  However, after the originally allotted time passed, it became apparent the herniated disk did not improve.[8]  Eichel and his representatives made it apparent to the team that he wanted to undergo surgery for the herniated disk.[9]  Despite this, the team doctors did not allow Eichel to undergo his desired surgery, and instead requested he proceed with getting the vertebrae fused together.[10]  The team doctors were concerned that the surgery Eichel wanted to undergo had never been performed on a professional hockey player.[11]

The Buck Stops Here: Who Gets to Make the Final Decision

With the team and Eichel at an impasse, there was much back and forth over what Eichel’s next step should be, including the team stripping Eichel of his captaincy and discussing the potential of a trade.[12]  He was placed on the injured reserve until either he got the fusion done or the team was able to trade him.[13]  While this back and forth occurred between Eichel and the Sabres, at least one player questioned what the National Hockey League Players Association (“NHLPA”) was doing to help the situation.[14]  Unfortunately for Eichel, the controlling mechanism for how to sort out the disagreement with his team was negotiated in the last Collective Bargaining Agreement (“CBA”), limiting his options.[15]

When union representation occurs, as is the case with the NHLPA, management and the workers negotiate a CBA.[16]  Congress authorized this process through federal law, which extends to sports leagues.[17]  The teams in each league come together to negotiate with players unions over terms of employment.[18]  It is these terms that lead to the interaction between players and teams.[19]

One negotiated term in the NHL CBA states that when a disagreement occurs between the player and the team doctors, the team doctors have the final say in the treatment plan for the player.[20]  This mechanism is what stopped Eichel from receiving the surgery he wanted while playing for Buffalo.[21]  Players in the NHL can request a second medical opinion, as Eichel did.[22]  If a disagreement exists between the team doctor and the second doctor, then a third doctor can be brought in to review all the information and render another opinion.[23]  However, under the current terms of the CBA, the team doctor has the final say about a player’s treatment.[24]

In the four major sports leagues, the power to make the final decision remains with the team doctors in the NHL and the National Basketball Association (“NBA”).[25]  Meanwhile in Major League Baseball (“MLB”), the third doctor’s opinion becomes the binding decision.[26]  While the other leagues have left the ultimate decision with the doctors, the NFL gives the player the ultimate decision on what treatment they should undergo.[27]  These differences may show how each league and players’ union negotiated over medical treatment during their own negotiation processes.[28]  However, the issue with leaving the ultimate decision with a team doctor or someone other than the player has medical ethical issues involved.[29]  Teams may force a player into getting a surgery they do not want to have because of the player’s long-term physical considerations.[30]

Legally, there was nothing the Sabres could do to force Eichel to have their preferred surgery, because of the requirement of informed consent for medical procedures.[31] This speaks to the ethical rules prohibiting doctors from performing surgery on a non-consenting, competent individual.[32]  If Eichel had gone forward with the surgery while still with the Sabres, the team would have had recourse against him.[33]  The Sabres could have fined him, or suspended him without pay until he was healthy.[34]  Also, based on the CBA, the team could have terminated his contract, making him a free agent and voiding the final $50 million of his contract.[35]

For Eichel, things ultimately sorted themselves out, because the Sabres traded him to the Las Vegas Golden Knights.[36]  The Knights made it clear they would allow Eichel to decide for himself which surgery to have.[37]  What is left to be seen is how the NHLPA decides to handle the next CBA negotiation, particularly if they attempt to open up the players’ ability to direct their own health decisions in cases like Eichel’s, where the player does not believe the team doctor is recommending the best course of action.[38]

[7] See id. (“Typically, in this situation and in their experience, there’s a high probability that through a conservative rehab approach, you are able to avoid surgery and you are able to come back and perform at the top of your game . . . .”).

[11] See John Wawrow, Sabres’ Jack Eichel Fails Physical, Stripped of Captaincy, Yahoo! Sports (Sept. 23, 2021), https://sports.yahoo.com/sabres-captain-eichel-fails-physical-124554094.html?fr=sycsrp_catchall (“The Sabres are against him having the procedure because it has never been performed on an NHL player, and prefer him having the disk fused.”).

[13] See Greg Wyshynski, Buffalo Sabres Center Jack Eichel Fails Physical, Stripped of Captaincy, ESPN (Sept. 23, 2021), https://www.espn.com/nhl/story/_/id/32262693/buffalo-sabres-center-jack-eichel-fails-physical-stripped-captaincy (“Jack Eichel failed his physical at Buffalo Sabres training camp and has been stripped of his captaincy, as the team and its franchise player remain at an impasse over surgery options.”).

@nhlpa and all nhl players in all this attacks on our freedom of choice? Jack situation is crazy to me..[sic] also people getting attacked by journalist that hides behind freedom of speech to trash peoples [sic] freedom of choice.”).

[15] See John Wawrow, All Eyes on Eichel and Ongoing Stalemate with Sabres, AP News (Oct. 9, 2021), https://apnews.com/article/nhl-sports-gary-bettman-jack-eichel-buffalo-sabres-900dae4a4c2f42176166717405fec970 (“Last summer, the NHL budged by agreeing to allow players to seek second opinions from specialists not on the league’s approved list of doctors.”).

[17] See id. (“The National Labor Relations Act (NLRA) (also known as The Wagner Act, 29 U.S.C. § 151) and the Labor Management Relations Act (LMRA) (also known as the Taft-Hartley Act, 29 U.S.C. § 141) were then passed to establish collective bargaining as the process and regime to govern the relationship between employers and unionized employees.”).

[18] See id. (“Second, professional sports leagues engage in ‘multiemployer bargaining,’ whereby the separately owned teams join together to negotiate with the players as one unit.”).

[21] See Wawrow, supra note 15 (“Unless the Sabres change their recommendation, Eichel has no recourse but to either have fusion surgery, or continue sitting out while his injury goes untreated.”).

[22] See 2012-2022 NHL-NHLPA Collective Bargaining Agreement, Art. 34.4(d) (Feb. 5, 2013), available at https://cdn.nhlpa.com/img/assets/file/NHL_NHLPA_2013_CBA.pdf  (“Following issuance of a Second Medical Opinion, the team physician will consult with the Second Medical Opinion Physician (or the Other Physician) and the Player.”).

[24] See id. at Art. 34.4(e) (“Following the later of: (i) issuance of the Second Medical Opinion; or (ii) issuance of the recommendation on diagnosis or course of treatment by the Third Physician Expert, if any, the team physician shall determine the diagnosis and/or course of treatment (including the timing thereof) after consulting with the Second Medical Opinion Physician and the Third Physician Expert, if any, and giving due consideration to his/her/their recommendation(s).”).

[25] See id. (showing NHL team physician considers subsequent input but retains authority); see also 2017 NBA-NBPA Collective Bargaining Agreement, Art. XXII § 10 (g) (Jan. 19, 2017), https://cosmic-s3.imgix.net/3c7a0a50-8e11-11e9-875d-3d44e94ae33f-2017-NBA-NBPA-Collective-Bargaining-Agreement.pdf (“If the Second Opinion Physician provides the [NBA] Team with a written opinion, and the player has otherwise complied with Paragraph 7(h) of the UPC, the Team will be required to consider the second opinion in connection with diagnosis or treatment.”).

[26] See 2017-2021 MLB Collective Bargaining Agreement, attach. 35, https://d39ba378-ae47-4003-86d3-147e4fa6e51b.filesusr.com/ugd/b0a4c2_95883690627349e0a5203f61b93715b5.pdf (“Without attempting to resolve this disagreement, the Parties will continue to attempt to avoid disputes that might otherwise arise between Players and Clubs in this area by, among other things, urging their constituents to agree upon a qualified third physician expert in the appropriate medical specialty who would resolve the dispute between the Club physician and the second medical opinion doctor as to the appropriate course of treatment.”).

[27] See NFL Collective Bargaining Agreement, art. 39, § 6, https://nflpaweb.blob.core.windows.net/media/Default/PDFs/General/2011_Final_CBA_Searchable_Bookmarked.pdf (“A player shall have the right to follow the reasonable medical advice given to him by his second opinion physician with respect to diagnosis of injury, surgical and treatment decisions, and rehabilitation and treatment protocol, but only after consulting with the Club physician and giving due consideration to his recommendations.”).

[31] See Trisha Torrey, Do Patients Have the Right to Refuse Medical Treatment, verywellhealth (Feb. 22, 2020) https://www.verywellhealth.com/do-patients-have-the-right-to-refuse-treatment-2614982 (“The right to refuse treatment goes hand in hand with another patient right—the right to informed consent.”).

[32] See id. (“It is unethical to physically force or coerce a patient into treatment against his will if he is of sound mind and is mentally capable of making an informed decision.”).

[33] See Tim Graham, Will the Bills, Sabres Stay in Buffalo for the Long Term? The Satchel Addresses the Angst on Both, Athletic (Aug. 18, 2021), https://theathletic.com/2776616/2021/08/18/will-the-bills-sabres-stay-in-buffalo-for-the-long-term-the-satchel-addresses-the-angst-on-both/ (answering question about what could occur if Jack Eichel went had surgery he wants).

[34] See id. (“If the Sabres keep Eichel, then they still could fine him or suspend him without pay until he could pass a physical and be cleared to play.”).

[35] See id. (“Paragraph 4 (‘violation of any such rules or for any conduct impairing the thorough and faithful discharge of the duties incumbent upon the player’) and Paragraph 5 (‘should the player be disabled or unable to perform’) of the NHL’s standard player contract spell out what happens.”); Jack Eichel, Spotrac, https://www.spotrac.com/nhl/buffalo-sabres/jack-eichel-17892/ (last visited on Oct. 25, 2021) (showing Eichel having $50 million still owed to him through 2025-2026 season).

[37] See id. (“‘The decision of the surgery is one that we respectfully defer to Jack and his representatives,’ McCrimmon said. ‘Why wouldn’t his people want what’s best for him?’”).