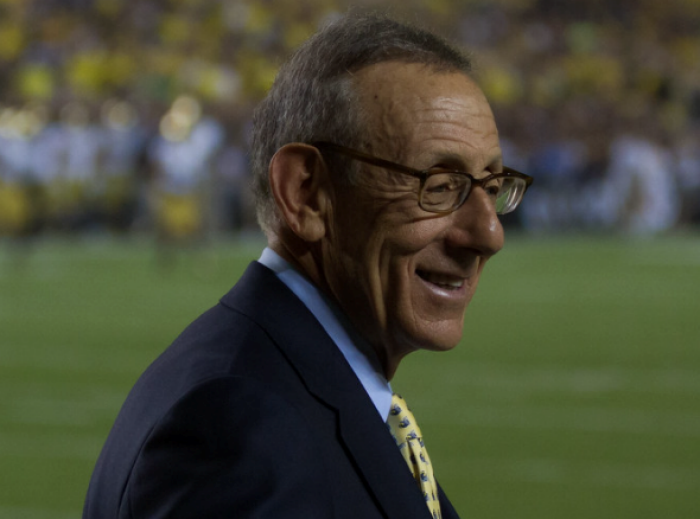 Stephen Ross is in trouble.[1]

A recent lawsuit filed against the Miami Dolphins owner by a former coach revealed the startling allegation that during the 2019 NFL season, Ross offered to personally pay the coach $100,000 for every loss the team was able to secure.[2]  If the idea of Ross paying for the Dolphins to lose – in essence, acting against the interest of himself and his team – strikes you as odd, perhaps it shouldn’t.[3]  As the lawsuit alleges, Ross was engaged in the all-too-familiar practice of “tanking” his team’s season.[4]

Tanking is the process of purposefully losing games in order to secure a future benefit.[5]  For NFL teams, the benefit is usually a higher pick in the upcoming NFL Draft.[6]  However, tanking is a problematic practice within the league.[7]  As league reporters have noted, it “directly assaults the integrity of the game.”[8]  Accordingly, if the tanking allegations against Ross are true, he could face serious penalties from the NFL and the criminal justice system.[9]

Will the Owners Take Action?

Shortly after the tanking allegations were levied, NFL Commissioner Roger Goodell released a statement in support of Ross.[10]  In it, Goodell claimed the tanking accusations were “without merit” and that the league would take steps to defend the Dolphins owner.[11]

The support did not last long.[12]  A few days later, Goodell abruptly changed his tune and launched a league-backed investigation into Ross’s alleged tanking attempts.[13]  Although the investigation is ongoing, credible reports suggest the investigation will conclude that Ross did attempt to pay for losses.[14]

Ross, for his part, reportedly knows this outcome is likely.[15]  The embattled owner, who at one point was “eager to defend” his “personal integrity” against the allegations, now plans to claim he made the offers as a joke.[16]

It is likely that Goodell will not find the joke to be funny.[17]  If the investigation does, in fact, confirm the allegations to be true, Ross and the Dolphins will face serious penalties from the league.[18]  These penalties could include, but are not limited to, massive fines and lost future draft picks.[19]

Additionally, Ross finds himself in grave danger of being removed as Dolphins owner.[20]  As Goodell recently reaffirmed, NFL owners have the authority to remove another owner from the league.[21]  Such a removal is rare, but not unprecedented.[22]  To do so requires a three-fourths vote among the other thirty-one owners.[23]  Given the seriousness of the allegations against Ross, it is possible – if not plausible – the other owners could take this action.[24]

What’s more, although Ross has legitimate cause for concern over league sanctions, he should also be uneasy about his potential exposure to criminal liability.[25]  If the allegations against him are proven true, state and federal prosecutors will likely be eager to speak with him.[26]

The Dark Cloud of Criminal Investigation

The Sports Bribery Act criminalizes the conduct Ross allegedly engaged in under federal law.[27]  In sum, the statute outlaws individuals from influencing the outcome of sporting contests by way of bribery.  Under the law, it does not matter if the bribery offer is accepted; simply making the offer is enough to subject an individual to criminal liability.[28]  If the league investigation proves the tanking allegations to be true, Ross will have violated federal criminal law.[29]

On the other hand, even if Ross does manage to escape federal criminal penalty, he still must worry about liability at the state level.[30]  As a state that plays host to substantial sports activity, Florida has “legislated more comprehensively” in the area of sports-related criminal law.[31]  For example, Florida has enacted a sports bribery statute that extends criminal liability to “. . . owners . . . having any direct, indirect, remote, or possible connection with [manipulating] a team or match participant.”[32]  The statute goes beyond influencing the outcome of the game and criminalizes attempts to simply alter the course of play.[33]  Thus, Florida prosecutors could take an interest in Ross’s offer of financial incentive to lose games, as well. [34]

Running from the League and the Law

As with any lawsuit, the allegations made against Ross detail only one side of the story.[35]  There remains a chance the Dolphins owner will remain a part of the league and avoid any criminal liability.[36]  But as he senses the walls closing in, only one can conclusion can be reached.[37]

Stephen Ross is in trouble.[38]

[7] See Florio, supra note 3 (“[Tanking] directly assaults the integrity of the game, and in an era of legalized gambling it can’t go ignored or unpunished.”).

[14] See Florio, supra note 9 (“There’s a belief that the league’s investigation will conclude that Ross did indeed make the offer [to tank].”).

[21] See id. (quoting Goodell saying, “I do believe that clubs do have the authority to remove an owner from the league”).

[26] See id. (“If/when an ambitious prosecutor with jurisdiction over the matter [begins] poking around, Ross could be indicted.”).

[28] See Florio, supra note 27 (“Based on the language of the statute, it doesn’t matter whether the offer is accepted.”)