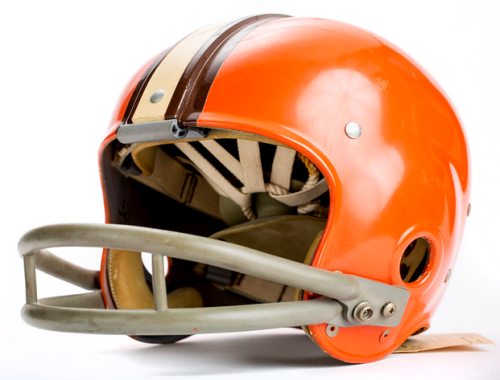 In March of 2022, the Cleveland Browns acquired twenty-six-year-old quarterback Deshaun Watson in a trade with the Houston Texans for the 2022 first-round picks.[1] Deshaun Watson signed one of the best deals in NFL history with the Browns.[2] It included a five-year contract for a guaranteed $230,000,000, with an added signing bonus of $44,965,000.[3] With this contract, his average annual salary is $46,000,000.[4] In August of 2022, Watson forfeited $5,632,500 of this contract under the penalty of “conduct detrimental to the league” when his name joined the ranks of those professional football players accused of sexual assault.[5]

Since March of 2021, twenty-four women have come forward to file civil suits against Watson for alleged sexual harassment or assault during private massage sessions during his time with the Houston Texans.[6] Of those suits, Watson settled twenty-three confidentially.[7] Additionally, Watson’s case was brought before two grand juries in Texas, both of which declined to indict him.[8] Without a criminal indictment, the punishment was left to the discretion of the NFL and its Personal Conduct Policy.[9] Watson continuously denied the inappropriate conduct until August of 2022, when in an interview, he stated, “I want to say that I’m truly sorry to all of the women that I have impacted in this situation. My decisions that I made in my life that have put me in this position I would definitely like to have back….”[10] It is unclear whether or not this was an admission of guilt on Watson’s behalf.[11]

Per the NFL guidelines in subsequent sections, former federal judge Sue L. Robinson decided to suspend Watson for six games without pay after a disciplinary hearing.[12] However, in what some would consider a shocking turn of events, the NFL pushed back and lobbied for an entire season suspension instead.[13] Ultimately, Watson received an eleven-game suspension and a $5,000,000 fine.[14] This is the most severe punishment the NFL has ever doled out for sexual misconduct to date.[15] The NFL has dished out heftier sanctions for gambling and drug use than sexual misconduct allegations.[16] Sexual assault in professional football has been famously known to garner even less attention than the debate on concussions and has been officially reported even less than players who have been found driving under the influence.[17]

It was not until 2014 that the NFL truly made strides in its policy on sexual assault.[18] Towards the end of 2014, the NFL required all members, and even some family members, to participate in education centered on domestic violence, child abuse, and sexual assault.[19] For participants unable to make the live training sessions, the NFL had an online version available to the public.[20] By mid-year 2015, education sessions had become an integral part of Training Camp for the players and other football personnel.[21]

Beyond training, the NFL took the initiative of revisiting the Personal Conduct Policy concerning player conduct and discipline.[22] There were six main revisions or additions made to the policy, including: “additional NFL-funded counseling and services for victims, families, and violators, a more extensive list of prohibited conduct, independent investigative procedures, specific criteria for paid leave for an individual formally charged with a crime of violence, including domestic violence, sexual assault and child abuse, an expert group of outside advisors to review and evaluate potential violations and consult on other elements of the policy, and a baseline suspension of six games without pay for violations involving assault, battery, domestic violence, dating violence, child abuse, other forms of family violence, or sexual assault, with consideration given to possible mitigating or aggravating circumstances.”[23] The final addition was the basis for Judge Robinson’s initial six-game suspension of Watson.[24]

In addition to policy updates, NFL Commissioner Goodell appointed a Conduct Committee for the league comprised of representatives from various NFL ownership.[25] These representatives are tasked with an annual review of the policy and must recommend any changes they deem appropriate.[26] Despite the headway made in 2014, the issue of sexual assault in the NFL again fell somewhat dormant until 2018, when there were allegations of sexual assault made on behalf of female employees against the Washington Commanders football team.[27]

The Personal Conduct Policy was updated once again in 2018 and contained language that prohibits NFL employees from engaging in “conduct detrimental to the integrity of and public confidence in” the NFL.[28] Punishment under this policy does not have to follow a criminal conviction or question by law enforcement officials.[29] If an employee of the NFL is suspected of violating this policy, it is then the job of an appointed disciplinary officer to gather evidence for a hearing to determine the appropriate course of action.[30] Per a 2020 agreement between the NFL and the players union, the NFL has ten days before the hearing to recommend a specific punishment to the disciplinary officer.[31] However, “[t]he league is responsible for establishing a burden of proof that the player violated the personal conduct policy, as well as publishing any mitigating factors, such as the player accepting responsibility, receiving clinical help and paying fines.”[32] Once a decision by the disciplinary officer has been made, it is final unless the league appeals.[33] In the case of Watson, the disciplinary officer offered a six-game suspension, it was the appeal by Goodell and the NFL which increased his suspension to eleven games.[34] While the appeal from the NFL, and increased suspension of Watson, was a step in the right direction, sexual abuse remains an issue in the world of Professional Sports.[35]

[2] See Leah Asmelash, The Deshaun Watson Settlement Shows the NFL Has Made Progress with Sexual Misconduct Accusations. Will Anything Change?, CNN (Aug. 28, 2022), https://www.cnn.com/2022/08/27/sport/deshaun-watson-nfl-violence-sexual-misconduct-cec (claiming that deal with Cleveland Browns was “rich”).

[11] See id. (stating that Deshaun Watson never confessed to sexual misconduct but alluded to it in interview).

[16] See id. (being mindful of prior disciplinary action by NFL for infractions related to gambling and drug use).

[29] See id. (stating that no criminal conviction is necessary for discipline under NFL Personal Conduct Policy).

[31] See id. (explaining ability of NFL to recommend disciplinary action to investigator prior to disciplinary hearing on violation of NFL Personal Conduct Policy).