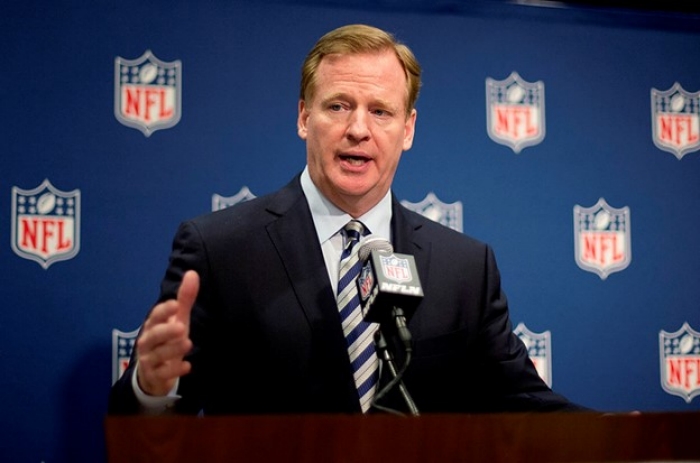 In February 2022, Brian Flores, a Black head coach,[1] embarked on a historic lawsuit against the National Football League (“NFL” or the “League”) and multiple member teams for racial discrimination.[2]  In the suit, Flores seeks to represent the Black coaches and general managers allegedly passed over during the hiring processes, which Flores credits to a pattern of systemic racism within the League.[3]  One of many accusations in the suit involves the failed institution and application of the “Rooney Rule,” an executive recruiting policy adopted by the NFL which requires teams to interview two minority candidates for available coaching and management positions to create opportunities for diversity in club leadership roles.[4]  However, the lawsuit alleges the NFL’s Rooney Rule is both ineffective and counterintuitive by “literally forcing teams to interview minority candidates,” which does not lead to offers and results in numerous sham interviews for unobtainable positions.[5]  Since filing as a class action, Flores welcomed other coaches and managers to join the lawsuit, subsequently amending his complaint in April 2022 to include coaches Steve Wilks and Ray Horton (collectively “Plaintiffs”) as additional class representatives.[6]  However, Flores is not so welcome to the NFL’s attempt to move the dispute to private arbitration.[7]

As defendants, the NFL and its member teams moved to compel arbitration under the Federal Arbitration Act (“FAA” or the “Act”),[8] basing their assertion on the individuals’ employment contracts where each Plaintiff agreed to resolve “any dispute” between a coach and any one or more NFL teams through arbitration.[9]  Additionally, the defendants contend that the Plaintiffs’ issues with the NFL’s internal rules, specifically the Rooney Rule and Commissioner procedures, have historically been left to the League’s arbitration process.[10]  If the NFL is successful, the NFL Bylaws would govern the internal arbitration procedures, meaning the NFL’s Commissioner, Roger Goodell, would act as “judge, jury, and executioner,” of the Plaintiffs’ allegations against the NFL.[11]  In response, Flores’ has implored the U.S. District Court to reject the motion to compel arbitration, arguing that Goodell is incapable of being fair while overseeing and ruling on the dispute over the League’s systemic discrimination due to his financial and reputational interest in the NFL.[12]

Historically, courts are generally favorable to national leagues’ arbitration policies and commissioner governance, where the conduct falls within the sport’s bylaws and agreements.[13]  The rationale here is to place arbitration clauses on equal footing with other contracts and, thus, enforce them for validity rather than substance.[14]  Disputes between persons and members of a league date back almost fifty years to the case of Charles O’ Finley v. Kuhn,[15] where the Seventh Circuit notably found that a Commissioner’s authority extends to solely deciding what is in the “best interest” of the sport and acting preventatively and disciplinarily to conduct contrary to such interest.[16]  The plaintiffs in Finley similarly argued that they were not bound to arbitration in a dispute against the MLB Commissioner Kuhn over Kuhn’s conduct.[17]  The court reasoned that matters of internal standards and procedures of professional sports leagues tend to be unfamiliar to courts and, therefore, “require some expertise in their application.”[18]  As such, the court found the Major League Baseball Agreement was valid and ordered arbitration under the league’s contract – overseen by Commissioner Kuhn.[19]

In the employment context, mandatory arbitration became increasingly binding on employees following the Supreme Court’s holding in Circuit City Stores, Inc. v. Adams.[20]  In Circuit City, the Court narrowly interpreted Section 1 of the FAA to hold that only employment contracts of transportation workers were exempted from arbitration under the Act.[21]  Here, the court denied the opportunity to extend arbitration protection to all other types of employees “involved” in interstate commerce, for instance, which signified to nonunionized private sector workers that arbitration provisions would generally be supported.[22]  The holding signified to employees and employers that the limited exemption courts would extend to persons seeking a way out of an arbitration provision.[23]

Fast forward a few decades and many arbitration lawsuits later, the Court revisited forced arbitration in AT&T Mobility LLC v. Concepcion, providing the basis for a disputed, “strong federal policy favoring the arbitrability of disputes.”[24]  There, the Court cited Sections 2 – 4 of the FAA, concluding that because parties may agree to limit issues subject to arbitration, specific rules within arbitration, and with whom a party will arbitrate its disputes, a court is generally limited in determining whether there is a valid agreement.[25]

While federal court jurisprudence on arbitration might be shifting, it is unclear how this will affect the sophisticated, highly-lawyered contracts in professional sports.[26]  In May 2022, the United States Supreme Court considered whether a party who does not act promptly to invoke an arbitration clause waives the right to compel arbitration altogether in Morgan v. Sundance Inc.[27]  The Court held it does, reasoning that because Section 6 of the FAA prohibits courts from creating arbitration-specific procedural rules, federal rules concerning waiver apply.[28] While not directly on point for either party, the Court’s holding resolved a long-winded circuit split and challenged the notion that federal courts automatically favor arbitration.[29]

Critics of arbitration believe that its allowance fosters secret hiding and avoidance of public accountability.[30]  Moreover, one critic argues that the NFL’s current Collective Bargaining Agreement evades the requirement of fundamental fairness under the FAA by relying on prior case law that failed to balance the NFL Commissioner’s conflict of interest properly.[31]

Nonetheless, in anticipating the strength of the NFL’s argument, Flores’ attorneys filed a motion for discovery, asking Judge Caproni to grant their request to acquire documents concerning the parties’ agreement to arbitrate and applicable arbitration policies within the NFL.[32]  Judge Caproni denied the discovery motion, concluding that as a matter of law, the Plaintiffs’ motion lacked reliable “facts or evidence to place the validity of the agreement to arbitrate in issue.”[33]  Furthermore, regarding Commissioner bias in arbitration proceedings, Judge Caproni noted that the FAA contemplates protection for parties seeking judicial protection following unfair arbitration proceedings under Section 10(b).[34]  However, it could be of significance to Judge Caproni that a Nevada judge, Nancy Allf, recently denied the NFL’s motion to compel arbitration in Las Vegas Raider’s head coach Jon Gruden’s lawsuit against the league, mostly, however, because the NFL was not sufficiently a party to Gruden’s contract with the Raiders.[35]

In the interim, Flores’ discovery motion was denied, leaving the question of forced arbitration lingering over the next few weeks.[36]  In response, Flores and his attorneys have mirrored many arguments following Gruden’s success in Nevada’s Eighth Judicial District Court.[37]  Even so, it is evident that this class action faces an uphill battle to defeat the motion to compel arbitration and prevail at trial in proving the inherently disguised motives within systemic racial discrimination.[38]

[1] See Pro Say, Breaking Down the NFL Racial Bias Suit, Law360, at 17:00 (Feb. 4, 2022), https://www.law360.com/podcast. (discussing Flores racial background as basis for discrimination lawsuit). In documents filed with the court, Brian Flores describes himself in the lawsuit as a Black coach, born in Brooklyn, NY, to Honduran immigrants, who has been a victim of discrimination throughout his career with the NFL based on his race.  See id. (providing heritage background). His career began with the New England Patriots as a scouting assistant in 2004, worked his way up to assistant coaching levels for offense, defense, and special teams, and earned four Super Bowl Championships with the team. See id. (providing employment background).  In 2019, the Miami Dolphins Flores hired Flores as Head Coach for three seasons, two of which were back-to-back winning seasons.  See id. (summarizing Flores’s employment within NFL up to lawsuit).

[5] See Am. Compl. & Demand for Jury Trial, Flores, et al. v. The National Football League et al., No. 1:22-cv-00871 (S.D.N.Y. 2022) (citing interview with Denver Broncos where executives disregarded timeliness formalities and infamous screenshot from Bill Belichick congratulating “wrong Brian“ in mis-text).  The lawsuit furthers the Plaintiffs’ argument that the Rooney Rule is ineffective in promoting diversity, as demonstrated by the lack of head coaching positions obtained by Black candidates in the 20 years since its adoption – only 11%, or 15 of approximately 129 vacancies over 20 years.  See id. (providing statistics of Black representation in coaching roles within NFL); see also Dante Chinni, Data show how bad the NFL’s racial equality problem is among coaches, NBC News, https://www.nbcnews.com/politics/meet-the-press/data-shows-how-bad-nfl-s-racial-equality-problem-among-n1288709#:~:text=The%20data%20show%20a%20
huge%20racial%20discrepancy%20between,in%20Sport%20at%20 the%20University%20of%20Central%20Florida

[8] 9 U.S.C. §§ 1-14 (also referred to as the Federal Arbitration Act (“FAA”)) (providing for judicial facilitation of private dispute resolution in state and federal courts).

[16] See id. at 535 (interpreting construction of Major League Baseball (MLB) Agreement as giving expressly broad authority to Commissioner such that actions need not be limited to enumerated powers authorized by its signing participants).

[18] See id. (reasoning MLB agreement “waiver of right to recourse” provision was valid and enforceable upon players, owners, and club teams because agreements were voluntarily entered and demonstrated a history and sophistication that negated indications of a contract of adhesion).

[19] See id. at 543 (rejecting plaintiffs’ claims that arbitration clauses are invalid against public policy because limited to circumstances involving involuntary waiver of rights, lack of knowledge or intelligence, or unequal bargaining positions).  The Seventh Circuit held that the validity of the MLB Agreement “cannot be seriously questioned.”  See id. (finding agreement valid and consistent with Illinois law, Uniform Agreement Act, and policy for providing private resolution and reducing litigation).

[21] See id. (finding Act’s language of “any other class of workers engaged in foreign or interstate commerce,” applicable only to transportation workers).

[22] See id. at 115 (finding plain meaning of “engaged in commerce” is narrower than open-ended terms “affecting” or “involving” commerce, which Congress declined to use).

[25] See id. (finding FAA goals of enforcing private agreements and encouraging efficient, speedy dispute resolution should not be frustrated by courts). In the case, Justice Scalia writing for the majority, summarized the relevant sections as follows,

“Section 2 makes arbitration agreements ‘valid, irrevocable, and enforceable’ as written (subject, of course, to the saving clause); § 3 requires courts to stay litigation of arbitral claims pending arbitration of those claims ‘in accordance with the terms of the agreement’; and § 4 requires courts to compel arbitration ‘in accordance with the terms of the agreement’ upon the motion of either party to the agreement (assuming that the ‘making of the arbitration agreement or the failure . . . to perform the same’ is not at issue).”  See id. at 344 (holding California state law impermissibly interfered with, and was thus preempted by, FAA).

[26] See Wright, supra note 22 (arguing recent judicial decisions ensure uniform enforcement of arbitration agreements but likely enable parties to more easily enforce their agreements to resolve disputes in arbitration without having an additional burden, such as prejudice, to satisfy).

[28] See id. at 1712-14 (“But the FAA’s ‘policy favoring arbitration’ does not authorize federal courts to invent special, arbitration-preferring procedural rules.”).

“The text of the FAA makes clear that courts are not to create arbitration-specific procedural rules like the one here. Section 6 of the FAA provides that any application under the statute—including an application to stay litigation or compel arbitration— ‘shall be made and heard in the manner provided by law for the making and hearing of motions’ (unless the statute says otherwise).”  See id. at 1714 (quoting 9 U.S.C. § 6) (following Federal Rules of Civil Procedure guidelines without clear language from the FAA).

[38] See Zachary Zagger, Ex-NFL Coach In Racial Bias Suit Backs Bill To Ax Forced Arb, Law360 (Mar. 14, 2022), https://www.law360.com/articles/1473521/ex-nfl-coach-in-racial-bias-suit-backs-bill-to-ax-forced-arb (quoting Flores) (“Forced arbitration really is the crux of why all forms of discrimination are so prevalent in this country . . . [because it] allows an employer to hide behind secret and confidential proceedings. The employer avoids scrutiny and avoids public accountability.”)