The Return of NHL Players to the Olympics . . . Right? 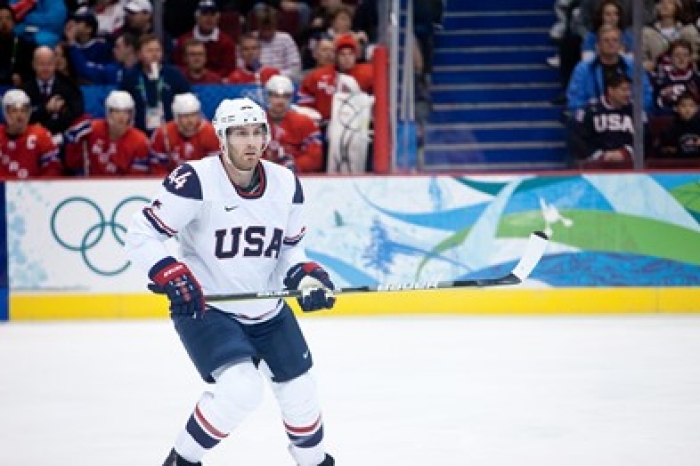 The National Hockey League (“NHL”) and its players have participated in every Winter Olympic games since 1998, except for the 2018 games.[1]  In 2018, the NHL and the International Olympic Committee (“IOC”) failed to come to an agreement over the costs incurred by NHL athletes and who would pay for the expenses.[2]  Prior to 2018, the IOC paid for the travel, insurance, accommodations, and other costs for NHL players to participate in the Olympics.[3]

The International Ice Hockey Federation (“IIHF”) offered to pay up to $20 million for the costs and insurance for NHL players in an effort to have them participate in the 2018 Olympic games.[4]  However, the $20 million was not enough to convince the NHL to allow its athletes to participate.[5]  Interestingly, the IOC does not pay the costs and insurance for other professional sports leagues like the National Basketball Association.[6]  To formalize its concerns, the IOC released a statement declaring they “cannot treat a national commercial league better than not-for-profit International Sports Federations which are developing sport globally.”[7]  As a result of not being able to play in the 2018 Olympics, many players, including superstar Alex Ovechkin, were vocal about their disappointment in their inability to compete for their home nation at the Olympics.[8]

While players felt they should be able to represent their native lands, nothing in the Collective Bargaining Agreement (“CBA”) mentioned the Olympics.[9]  The CBA is a bargained for collective agreement between an employer, in this case the NHL, and a union, here the National Hockey League’s Player Association (“NHLPA”), that governs the terms and conditions of the workers’ employment.[10]  Given the CBA was a fully integrated contract of over 500 pages, the lack of express consent to participate in the Olympic games provided no legal grounds for the NHLPA to argue player participation in the Olympics was part of the CBA.[11]  When a contract is fully integrated, like the CBA, the parties cannot introduce evidence of a prior agreement, such as past participation in the Olympics, in order to supplement the contract at issue.[12]  The written contract is adopted as the complete and exclusive statement of the terms.[13]

New CBA Opens the Door for Return to Olympics

On July 10, 2020, the new CBA between the NHL and the NHLPA went into effect.[14]  As explained by the Memorandum of Understanding, the new CBA approved a labor agreement that extends into 2026 and the intent of the NHL to allow athletes to return to the Winter Olympics in 2022 and 2026.[15]  The NHLPA made sure the new CBA contained the express language about Olympic participation that was absent from the previous CBA.[16]  In doing so, the NHLPA ensured Olympic participation was part of the intent of the CBA.[17]  Section 16.5(a) of the CBA states “League scheduled off-days or breaks (e.g., All-Star break, Holidays, Olympics) shall count as a day off for purposes of this subsection.”[18]  Section 24.10 directly references the Olympics, thus putting within the four corners of the contract the players’ and NHL’s intent on having its athletes participate in the Olympics.[19]

While this amendment to the CBA set the stage for the world’s best hockey players to return to competing in the Olympics, the CBA did not guarantee player participation.[20]  The CBA extension called for “the NHL and the NHLPA commit to participating in the 2022 and 2026 Winter Olympics, subject to negotiation of terms acceptable to each of the NHL, NHLPA, and IIHF (and/or IOC)."[21]  However, after months of negotiating, the four parties came to an agreement, all but solidifying NHL players return to the Olympics.[22]

COVID Could Remain a Roadblock

The IIHF and IOC have agreed to pay for the travel costs and insurance for NHL players and their guests (if any are allowed).[23]  However, while the NHL and NHLAPA found a provider, the IIHF and IOC did not want to cover additional COVID insurance, leaving this up to each individual player to determine whether to secure COVID insurance.[24]  All NHL players attending the Olympics should expect strict protocols during the Olympics and will be required to take the COVID vaccine.[25]  Additionally, the NHL had previously indicated it wanted NHL logos and advertisements featured in the Olympic games and the ability to use Olympic highlights on NHL Network or NHL.com, but was largely denied these requests.[26]

As part of the agreement, there is an opt-out clause that allows the NHL and NHLPA to opt out should COVID conditions worsen or otherwise pose a threat to the health and safety of players, or if the NHL schedule is disrupted by cancellations and the NHL feels it needs to use the Olympic break to make up games.[27]  While the language used in the clause is extremely vague, it would be difficult to imagine NHL players not attending the Olympics.[28]

Even though COVID conditions are unpredictable, the NHL’s handling of the 2021 season set a precedent for continuing its operations at a certain level of infection, as well as its willingness to be flexible with regard to COVID rescheduling.[29]  At one point, the Vancouver Canucks had twenty-one players test positive and eight straight games postponed, yet the Canucks played the full fifty-six game season.[30]  In fact, the NHL extended its regular season over ten days for some teams to account for COVID rescheduling.[31]

Given the precedent the NHL set with returning to play relatively quickly given the infected teams and rescheduling games in the 2021 season, it seems that a “worsening of conditions” or need to use the Olympic break to make up games would have to be something more serious or consume more time than the Canucks and other teams situations that the NHL faced in the 2021 season.[32]  While this is promising, the NHL remains prepared for all circumstances and has prepared an unreleased alternative schedule should the NHL players not attend the Olympics.[33]  Nevertheless, it seems likely the three-week break from February 3, 2022 to February 22 will be filled with NHL players representing their respective nations.[34]

[4] See id. (attempting to cover some costs associated with having NHL players participate in Olympics so NHL would agree to let players compete).

[6] See id. (explaining it is unusual for IOC to pay for NHL players to compete since IOC does not treat other leagues similarly).

[7] See id. (showing IOC’s reasoning for not paying for NHL players to participate in Olympic Games).

[8] See Emily Kaplan, Alex Ovechkin concedes dream of playing in 2018 Olympics, ESPN (Sept. 14, 2017), https://www.espn.com/nhl/story/_/id/20707881/alex-ovechkin-concedes-dream-playing-2018-olympic-games (showing certain players had previously suggested they were going to play in Olympic Games, regardless of whether NHL allowed them to participate).

[9] See Olympics Could Be Hot Topic in Next Round of NHL CBA Talks, Fox Sports (Sept. 30, 2017), https://amp.foxsports.com/stories/nhl/olympics-could-be-hot-topic-in-next-round-of-nhl-cba-talks (“Because Olympic participation wasn’t written into the collective bargaining agreement signed in 2013, the decision rested with NHL owners, who decided against going to Pyeongchang after the league participated in the previous five Games.”); see generally 2012-2022 NHL-NHLPA Collective Bargaining Agreement [hereinafter “2012-2022 CBA”], available at https://cdn.nhlpa.com/img/assets/file/NHL_NHLPA_2013_CBA.pdf  (revealing lack of specific “Olympic” provision in document).

[11] See Larry Brooks, How NHL Nixing the Olympics Is a Harbinger of Another Lockout, N.Y. Post (Apr. 9, 2017 1:02 AM), https://nypost.com/2017/04/09/how-nhl-nixing-the-olympics-is-a-harbinger-of-another-lockout/ (explaining NHL commissioner “succeeded in removing the commitment to play in the Olympics from the 2013 CBA after it had been included in the 2005 treaty that codified the hard cap . . .” promising only to work with players on issue); see generally 2012-2022 CBA, supra note 9, (referring to Olympics in several articles throughout document).

[13] See id. (explaining fully integrated contract cannot be interpreted to include things not included in contract).

[15] See id. at 27 (referencing part of agreement expressly including Olympics).

[17] See id. (explaining significance in including Olympics as part of new CBA).

[18] See id. at 49 (expressing direct language of the CBA to show its inclusion).

[19] See id. (referencing Section 16.15 of CBA, which states “there shall be no All-Star Game in any League Year in which the NHL and NHLPA agree to participate in an international tournament or other event, including but not limited to the Winter Olympics”).

[22] See id. (noting most important contingency clause was satisfied due to agreement of respective parties).

[24] See Emily Kaplan, Agreement Reached for NHL Players to Participate in 2022 Olympics in Beijing, ESPN (Sept. 3, 2021), https://www.espn.com/olympics/story/_/id/32139847/sources-agreement-reached-nhl-players-participate-2022-olympics-beijing (acknowledging financial agreement did not cover all expenses, since some costs will be passed on to individual players).

[26] See id. (reporting some concessions NHL had to make in negotiation due to NHLPA’s leverage in wanting to participate, NHL’s lack of leverage due to NHL and NBC, who own rights for Olympics, ending partnership between NHL and NBC).

[28] See id. (acknowledging this standard would be hard to reasonably overcome).

[29] See Helene Elliott, NHL Extends Regular Season to May 16 After Canucks’ COVID-19 Outbreak, L.A. Times (Apr. 10, 2021), https://www.latimes.com/sports/hockey/story/2021-04-10/nhl-extends-regular-season-canucks-coronavirus (referencing NHL’s commitment in  2021 season to play even though many of their athletes contracted COVID).

[32] See generally Kaplan, supra note 23 (noting conditions would have to at least be worse than conditions NHL played through in 2021 season).

[34] See id. (noting likelihood, given high standard previously set by NHL for continuing play in 2021 season as well as political consequences with players and fans, for NHL players not attending Olympics is low).