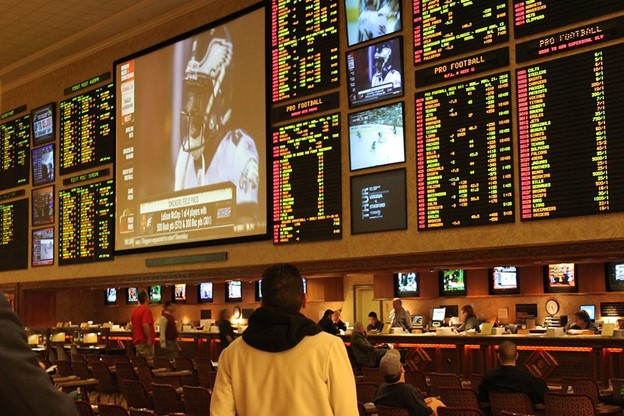 In April of 2021, Arizona Governor Doug Ducey signed into law House Bill 2772 (“H.B. 2772”), a bill that legalized sports betting in the state of Arizona.[1]  The betting commenced five months later on September 9, 2021.[2]  Traditionally, sports betting – like other forms of gambling – was illegal in Arizona, with exceptions for casinos run by Native Americans.[3]  Now, with the enactment of H.B. 2772, sports gambling rights have been expanded to non-tribal professional sports teams.[4]  Under H.B. 2772, twenty sports licenses are available in Arizona.[5]  Ten of these licenses were to be awarded to Native American tribes, which traditionally have had exclusive rights to run sports betting operations, while the other ten were to be awarded to professional sports teams.[6]

A Legislative Achievement Five Years in the Making

Native American exclusivity rights posed a challenge in crafting the new legislation, which followed five years of negotiation between the tribes and the State.[7]  Under federal law, states are required to set terms for Indian gaming by negotiating agreements with Native American tribes known as tribal-state compacts.[8]  With the preexisting tribal-state compacts negotiated in 2002 set to expire in a few years, Arizona negotiated a new tribal-state compact with the state’s Native American tribes in anticipation of the legislation’s expansion of gambling rights.[9]  The new law allows sports betting outside the tribes but expands the tribes’ preexisting rights by allowing them to host new games in addition to those they were previously permitted to host.[10]  It is also expected to raise significant revenue for Arizona’s government.[11]

Governor Ducey claimed the sports betting legislation is “a win-win-win for the tribes, the state, and the taxpayers.”[12]  But not all the tribes agreed - shortly before the law was set to go into effect on September 9, the Yavapai-Prescott Tribe filed a lawsuit claiming H.B. 2772 is unconstitutional and requesting an injunction against the State to stop it from issuing any licenses.[13]  The Yavapai-Prescott was one of only two of Arizona’s twenty-one tribes that did not participate in negotiations for the new tribal-state compact associated with the law.[14]

The Yavapai-Prescott make several legal arguments against the new sports betting law under the Arizona Constitution.[15]  The Voter Protection Act of the Arizona Constitution deprives the state legislature of any power to amend referendum measures approved by a majority of voters, “unless the amending legislation furthers the purposes of such measure[s].”[16]  The significance of this for the case at hand is that Native American tribes’ exclusivity rights were established by such a referendum measure – specifically, Proposition 202, which was approved by a majority of Arizona voters in 2002.[17]

Additionally, the tribe alleges that H.B. 2772 violates the Arizona Constitution’s prohibition on special laws.[18]  Special laws are laws that give special privileges to small groups.[19]  While the twenty licenses offered under the law may seem equally distributed between tribal and non-tribal operators, there are fewer than ten professional sports franchises in Arizona and over twenty-one Indian tribes.[20]  The result is that fewer than half of the tribes can receive licenses while all non-tribal operators may do so.[21]  Further, licenses are only available for tribes that accepted the 2021 tribal-state compact, the most recent agreement between Arizona and the tribes.[22]  The law, therefore, favors tribes who engaged in these negotiations over tribes like the Yavapai-Prescott who did not, and therefore are presented with a “non-negotiable, ‘take-it-or-leave-it’ proposition.”[23]

Finally, the tribe alleges the new law violates the Arizona Constitution’s Equal Protection Clause, claiming that the law discriminates against Indian tribes to the benefit of sports franchise owners in several ways.[24]  For example, both professional sports applicants and tribal applicants are charged the same non-refundable $100,000 application fee.[25]  But since there are enough licenses available for all Arizona professional sports teams but fewer than half of Arizona Indian tribes, a tribal applicant and a professional sports applicant have very different chances of receiving a license.[26]  The law’s favoritism towards Indian tribes that negotiated the 2021 Tribal-State compact over those that did not also allegedly implicates the Equal Protection Clause.[27]

The Court Refuses to Halt the Distribution of Licenses

Judge James Smith of the Maricopa County Superior Court ruled against the tribe, refusing to grant their request for a preliminary injunction.[28]  To prove that a preliminary injunction was warranted, the tribe had to show, among other things, that they had a strong likelihood of success on the merits.[29]  But reviewing the Plaintiff’s legal challenges one by one, Judge Smith found that none of them were likely to succeed to merits.[30]  The argument that H.B. 2772 unconstitutionally amended Proposition 202 was unpersuasive because Proposition 202 “did not purport to limit gambling to tribal casinos,” but merely “specified what gambling could occur at those casinos.”[31]  Further, Proposition 202 contemplated the possibility of future gambling expansions, and nowhere “hints at forever limiting gambling to certain table games and machines at tribal casinos.”[32]

The Plaintiff’s other claims fared no better.  By applying a three-part test based on court precedent, the judge found that H.B. 2772 was unlikely to count as a special law.[33]  Additionally, the judge determined that the tribe’s Equal Protection claim was unlikely to succeed because tribes “are quasi-sovereign nations” rather than individuals.[34]  Therefore, the relationship between Arizona and the tribes is that of two governmental entities.[35]  This means that the law would be subject to rational basis review, rather than strict scrutiny as the tribe argued, and therefore the tribe’s challenge was unlikely to succeed.[36]

To qualify for preliminary injunctive relief, the tribe also had to show they would suffer irreparable harm without the relief.[37]  But the fact that the tribe waited four months before filing their lawsuit cut against their claim that they would suffer irreparable harm if the law went into effect.[38]  The judge also assessed that the economic harms the tribe insisted would accrue to it by the occurrence of sports betting outside of Indian land were speculative.[39]

While Arizona’s new sports betting law remains in effect for now, the Yavapai-Prescott’s challenge remains pending.[40]  Soon after Judge Smith’s denial of their motion for a preliminary injunction, the tribe filed an amended complaint.[41]  Further, Judge Smith himself observed in his ruling that the tribe had potentially identified some serious issues pertaining to Equal Protection which, though not warranting a preliminary injunction, could be significant later on in the litigation.[42]  Meanwhile, other tribes that participated in the negotiations with the state before the passage of H.B. 2772 have also weighed in.[43]  Before Judge Smith’s ruling, two other tribes – the Tonto Apache Tribe of Arizona and the Quechan Tribe of the Ft. Yuma Indian Reservation – intervened in the case, siding with Governor Ducey against the Yavapai-Prescott.[44]

The litigation is not over.[45]  But the first round goes to the state of Arizona.

[6] See id. (explaining ten of twenty licenses available are for Arizona gaming tribes while other ten are for distribution to sports organizations).

[14] See Jeremy Duda, Lawsuits Aim to Derail Sports Betting in Arizona Ahead of September Launch, Ariz. Mirror (Aug. 27, 2021), https://www.azmirror.com/2021/08/27/lawsuits-aim-to-derail-sports-betting-in-arizona-ahead-of-september-launch/ (recounting how Yavapai-Prescott tribe is one of two tribes that did not sign 2021 tribal-state compact).

[19] See id. (defining special laws as “laws that are narrowly tailored to favor a particular group”).

[20] See Compl., supra note 8, at 8 (asserting ten licenses for sports organizations “exceeds the number of professional teams or franchises in” Arizona and “[t]here are at least 21 Indian tribes in the State of Arizona”).

[21] See id. (noting Arizona Department of Gaming may only issue licenses to those Indian tribes that signed 2021 tribal-state gaming compact).

[23] See id. at 9 (describing nature of agreement Plaintiff must accept to be eligible for license).

[27] See Compl., supra note 8, at 14‒15 (contending that H. B. 2772 discriminates against Yavapai-Prescott Tribe to benefit of other Indian tribes).

[31] See id. at 4 (noting Plaintiff’s failure to “cite language from the proposition indicating that Arizona would never expand gambling to different activities or locations”).

[35] See id. (finding that “[t]he relationship is between two governments about commercial activity”).

[37] See id. at 2 (listing four things tribe had to show to qualify for injunctive relief).

[39] See Decision Order Denying Prelim. Inj, supra note 30 at 10 (stating that tribe “did not show that its revenue will decline” but rather “speculated that it may not receive added revenue from different gambling” off of tribal land).

[42] See Decision Order Denying Prelim. Inj, supra note 30 at 9 (observing that issues raised in Yavapai-Prescott’s Reply “may be legitimate and serious issues to explore in this litigation, but they do not justify the injunction the Tribe requested”).

[44] See id. (describing intervening tribes’ opposition to Yavapai-Prescott’s motion for injunctive relief).  The Tonto Apache Tribe and Fort Yuma Quechan Tribe, which signed the 2021 Tribal-State Compact along with twenty other Arizona tribes, were among the ten tribes that received sports betting licenses under the new law.  Id.