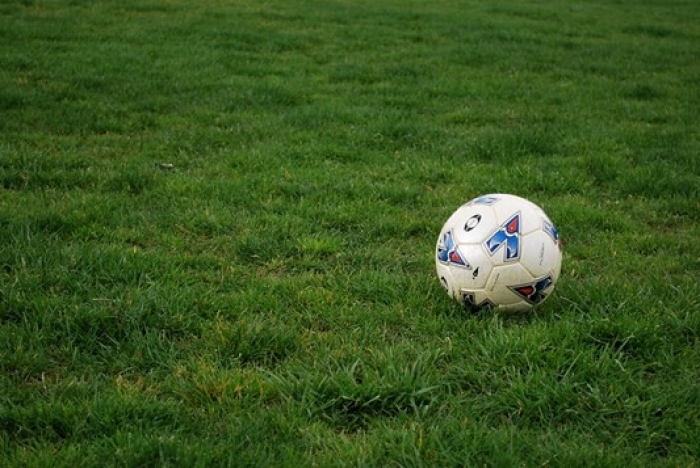 The National Women’s Soccer League (“NWSL”) recently hired a law firm amid allegations of sexual misconduct and abuse.[1]  This move comes after a slew of investigative inquiries into the league, following the firing of coach Paul Riley from the North Carolina Courage.[2]  Two former players for the NWSL, Sinead Farrelly and Mana Shim, spoke out in an article published in The Athletic Ink about alleged sexual coercion and abuse by Riley.[3]  He denied all claims of sexual advances.[4]  The Commissioner, Lisa Baird, resigned following these accusations, and the North Carolina Courage canceled all its upcoming games.[5]  This scandal has resulted in different investigations by each of the respective entities associated with the NWSL, including investigations through the U.S. Soccer Federation (“USSF”), NWSL’s legal team, and Fédération Internationale de Football Association (“FIFA”), the sport’s international governing body.[6]

The USSF announced its forthcoming investigation into the NWSL after news of The Athletic article broke.[7] The NWSL is an organization member of the USSF, and therefore subject to its Bylaws.[8] The Bylaws allow the USSF board to select a task force or committee to lead the investigation.[9]  Consistent with this rule, the USSF designated the investigative assignment to Sally Yates, former U.S. Deputy Attorney General.[10]  Specifically, Yates is to investigate “allegations of abusive behavior and sexual misconduct in women’s professional soccer.” [11]  The jurisdiction for this matter is the U.S. Center for SafeSport, which Riley specifically has been reported to.[12]  The USSF Bylaws grant SafeSport jurisdiction over allegations of sexual abuse or misconduct.[13]  Additionally, this matter will likely not see the court system because the USSF’s Bylaws dictate that matters that can be remedied by the grievance process of the organization will not invoke aid of courts.[14]

Notably, FIFA also reported its upcoming investigation into the matter.[15]  FIFA stated, “[d]ue to the severity and seriousness of the allegations being made by players, we can confirm that FIFA’s judicial bodies are looking into the matter and have opened a preliminary investigation.”[16]  As part of its preliminary investigation, “FIFA will be reaching out to the respective parties, including US Soccer and NWSL, for further information about the various safeguarding concerns and allegations of abuse that have been raised.”[17]  Because the NWSL is a member of the USSF, it is subject to FIFA’s statutes.[18] Member associations are responsible for compliance with the statutes, and the result of noncompliance can go as far as expulsion.[19]  FIFA’s statutes establish three judicial bodies charged with conducting investigations.[20]  These include the Disciplinary, Appeal, and Ethics committees, which can issue sanctions for behavior in violations of FIFA’s statutes.[21]  FIFA’s Code of Ethics explicitly prohibits any type of harassment, including sexual harassment and coercion.[22]  Violation of this section includes sanctions starting at CHF 10,000 and a ban on involvement with soccer related activity.[23]

The NWSL set forth its plan for investigating the league in its entirety including a review of the environment the athletes play in.[24]  With the help of legal aid, the league plans to start by reviewing past reports and complaints of harassment, abuse, and discrimination.[25]  In addition, this examination will reopen the 2015 investigation of Riley, including the details regarding his departure from the Portland Thorns.[26]  It will involve looking into all investigative reports the NWSL has engaged with in the past.[27]

NWSL Plans for the Future

The NWSL also released a statement regarding the implementation of a system to prevent situations like this in the future.[28] The league created an executive committee consisting of three women in the field.[29]  The NWSL tasked this committee with supervising the league.[30]

Recently, the league announced it plans to undergo, “significant systemic and cultural transformation” to regain the trust of its players and its fans.[31]  This plan involves new initiatives which include anti-discrimination and anti-harassment policies.[32]  In her statement about Riley, Lisa Baird also stated that the league plans to enforce an anonymous reporting system, where individuals can quickly get their concerns investigated.[33]  According to Alex Morgan, the league lacked anti-harassment policies and reporting systems prior. [34]  This policy change will aid players and others associated with the league to communicate their concerns and facilitate a change within the league’s environment.[35]

[3] See Meg Linehan, ‘This Guy Has a Pattern’: Amid Institutional Failure, Former NWSL Players Accuse Prominent Coach of Sexual Coercion, Athletic Ink (Sept. 30, 2021), https://theathletic.com/2857633/2021/09/30/this-guy-has-a-pattern-amid-institutional-failure-former-nwsl-players-accuse-prominent-coach-of-sexual-coercion/ (detailing allegations including those made by Farrelly, by Shim throughout their time playing for Riley).

[9] See 2021 USSF Bylaws, supra note 8 at Bylaw 212 §3 (b) (“The Federation may audit or review an Organization Member to determine compliance with the provisions of Section 3. The Federation’s review shall be performed by a task force or committee designated by the Board.”).

[10]See Linehan, supra note 7 (explaining Yates will have “full autonomy” in this investigation).

[12] See Kevin Draper, supra note 2 (discussing that Riley was reported directly to U.S. Center for SafeSport amid investigation into NWSL).

[13] See 2021 USSF Bylaws, supra note 8 at Bylaw 708 §1 (“The investigation and adjudication of matters involving allegations or reports of sexual abuse or misconduct, or other violations of U.S. Soccer Policies that involve prohibited conduct that is reasonably related to and accompanies an alleged violation involving sexualized behavior are subject to the subject matter jurisdiction of the U.S. Center for SafeSport . . . .”).

[15] See National Women’s Soccer League Commissioner Is Out Amid Scandal, Associated Press (Oct. 2, 2021), https://www.npr.org/2021/10/02/1042610707/national-womens-soccer-league-commissioner-out-ap-report (explaining it is rare for FIFA, as international governing body of soccer, to engage in dispute with member association).

[16] FIFA Statement, FIFA (Oct. 1, 2021), https://www.fifa.com/news/fifa-statement-nwsl-ussoccer (“FIFA takes any allegation of misconduct reported to it extremely seriously and will continue to cooperate together with the relevant national and international authorities on any allegation or report that is made in confidence to FIFA about abuse or misconduct in football.”).

[18] See Member Associations, FIFA, https://www.fifa.com/about-fifa/associations (last visited Nov. 6, 2021) (listing USSF as member association of FIFA); see also 2021 USSF Bylaws, supra note 8 at Bylaw 212 § 1 (“As a condition for obtaining and maintaining membership in the Federation, each Organization Member shall satisfy all of the following requirements: (1) except as otherwise required by applicable law, comply by with all Bylaws, policies and requirements of the Federation, and all statutes, regulations, directives and decisions of FIFA . . . .”).

[22] See FIFA Code of Ethics, Art. 23 (3—6) (2020), https://digitalhub.fifa.com/m/174b40d0256de722/original/upxpc0qzxqdgipiiejuj-pdf.pdf (including these prohibitions under section intended to protect physical and mental integrity).

[25] See id. (stating it will review all abuse including physical, emotional, and sexual harassment within  NWSL and reopen investigations as needed).

[26] See id. (including in its statement that there will be review as to why Riley left Portland Thorns plus why New York Flash, Carolina Courage hired him despite past allegations).

[27] See id. (referencing review of all past complaints).

[31] See id. (saying league will be vigilant in undergoing these necessary changes to take accountability while building safe environment).

[35] NWSL Editor, supra note 33 (“We ask our players and all associated with the league to raise their concerns to us, as we continue to make our league a safe, positive, and respectful environment for out players, clubs, staff, and fans.”).