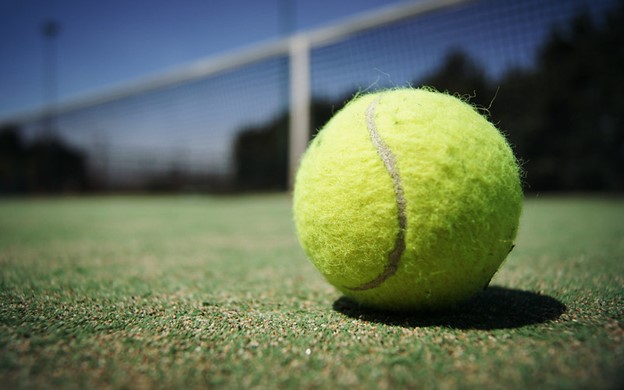 Tennis superstar Naomi Osaka took the sporting world by storm after winning her first grand slam in 2018.[1]  Osaka’s win against Serena Williams was the first of many wins and the first of many negative reactions that the tennis champion would receive.[2]  Born in Osaka, Japan, and raised in the United States, Osaka grew up in a diverse and multi-racial household.[3]  Her passion for tennis started thanks to her father.[4]  He dedicated his career to coaching the girls while her mother worked full-time to support the family.[5]  The sacrifices that her parents made, specifically those by her mother, pushed Osaka to do well in the sport to secure sponsorships.[6]  After beating Serena Williams in 2018, Osaka won the Grand Slam four times and partnered with Nike and Sweetgreen.[7]  Currently, she is considered the world’s highest-paid female athlete, according to Forbes.[8]  However, Osaka has faced challenges this summer due to anxiety and depression.[9]  This summer, she withdrew from the French Open and Wimbledon due to personal reasons.[10]

Legal Implications of Withdrawing from the Tournaments

The International Chamber of Commerce defines a sponsorship as “any commercial agreement by which a sponsor, for the mutual benefit of the sponsor and a sponsored party, contractually provides financing or other support in order to establish an association between the sponsor’s image, brands or products and a sponsorship property in return for the rights to promote this association and/ or for the granting of certain agreed direct or indirect benefits.”[11] When companies consider which athletes to sponsor, they analyze the athletes’ brands and whether their “personal story” resonates with the company’s mission.[12]  The athlete’s brand is composed of “extraordinariness, attraction, extreme popularity and fame and reputation, maybe even a kind of a genius.”[13] Ultimately, companies partner with athletes to sell their products because of factors such as athletes’ credibility and trustworthy nature.[14]

In 2020, Naomi Osaka made $37.4 million from competitions and sponsorships.[15]  In addition to her other partnerships, she maintains relationships with MasterCard, AirBnB, and Tag Heuer.[16]  A sports business professor at the University of Southern California’s business school stated to Forbes: “Osaka is a relatively fresh face with a great back story.  Combine that with being youthful and bicultural, two attributes that help her resonate with younger, global audiences, and the result is the emergence of a global sports marketing icon.”[17]

On top of her exciting background, an essential aspect of Osaka’s popularity is her ability to play tennis.[18]  Her athletic prowess and her likelihood of winning tournaments have made her the perfect athlete for sponsorships.[19]  However, her recent withdrawals from tournaments potentially puts her at risk of breaching her sponsorship contracts or limiting her bargaining power.[20]

Moving forward, Osaka may not be able to demand as much money because her tennis prowess is what originally attracted the sponsors.[21]  Athletic apparel brands like Nike partner with athletes like Osaka because they want their consumers to see her playing tennis while wearing their apparel.[22]  There are examples before Osaka of sponsors altering payment plans based on a player’s performance.[23]  For example, in 2019, Allyson Felix exposed Nike for wanting to pay her “70 percent less” after her pregnancy.[24]  She wanted “Nike to contractually guarantee that [she] wouldn’t be punished if [she] didn’t perform at [her] best in the months surrounding childbirth.”[25]  However, the negotiations did not go well, and she eventually partnered with someone else.[26]  Eventually, Nike changed their policy, but it took the company until 2019 to adjust, revealing the difficulties that arise when athletes are not always competing.[27]

Despite the legal complications that may arise from her withdrawals, Naomi Osaka has highlighted the importance of companies considering athletes’ mental health while negotiating and forming contracts.[28]  Athletes feel a large amount of pressure to secure these sponsorships in order to provide for themselves, their families, and their coaches.[29]  For example, Osaka has hinted that her goal in life is to support her parents, which is easier to do income from sponsorships.[30]  The increased pressure athletes feel to maintain their sponsorships can have a profound impact on their mental health.[31]

The 2020 Olympics illustrated the pressure athletes have been feeling to win while also being isolated from their friends and family.[32] Companies providing sponsorships are uniquely positioned to stand by their athletes when they experience mental health challenges.[33]  These companies can show via their continued support that it is important to take care of both physical and mental health.[34]  Ultimately, Osaka has embodied this philosophy by withdrawing from the competitions to focus on her wellbeing.[35]

[2] See Elena Nicolaou, Naomi Osaka Is out of the Olympics Tennis Tournament After a Surprise Upset, Oprah Daily (July 23, 2021), https://www.oprahdaily.com/entertainment/a36955434/who-is-naomi-osaka/ (describing Naomi Osaka’s biographical information and how her interest in tennis developed).

[3] See id. (“Her father, Leonard Francois, is from Haiti and her mother, Tamaki Osaka, is from Japan.”).

[4] See id. (“In 1999, Francois sat down for one life-changing night of television. He watched Venus and Serena Williams play at the French Open—and got an idea.”).

[5] See id. (“He watched instructional DVDs to teach himself how to coach and played for hours himself so that he could impart knowledge on his daughters.”).

[6] See id. (“Growing up, all I was thinking was I want my mom to be happy and stop working. She would work overtime and sleep in her car. That was my whole point of playing tennis.”).

[11] Tone Jagodic & Zlatko Matesa, Basic Elements of a Sponsorship Contract in Sport, 55 Zagreb Sch. of Econ. and Mgmt. 275, 278 (2018) (“Following the ICC International Code on Sponsorship, the definition of a sponsorship agreement ‘is any commercial agreement by which a sponsor, for the mutual benefit of the sponsor and a sponsored party, contractually provides financing or other support in order to establish an association between the sponsor's image, brands or products and a sponsorship property in return for the rights to promote this association and/or for the granting of certain agreed direct or indirect benefits.’”).

[12] Leigh Augustine-Schlossinger, Legal Considerations for Sponsorship Contracts of Olympic Athletes, 10 Jeffrey S. Moorad Sports L.J. 281, 290 (2003) (“The sponsor generally wants to become a partner with the athlete, to share the same philosophy and work ethic of the athlete, and to become part of the athlete's success story.”).

[13] Jagodic, supra note 11, at 282 (“The sponsorship property is materialized in different shapes and formations. Its specialty is a specific distinction which gives it another character, much different from other similar values. This particularity involves a touch of a class, extraordinariness, attraction, extreme popularity and fame and reputation, maybe even a kind of a genius.”).

[14] See id. at 278 (“Companies believe that society is more likely to purchase a certain product if an athlete says it is appropriate or beneficial. A product or a brand may be weak, but an athlete's reputation gives it credibility.”).

[18] See id. (“Osaka made history with the Aussie win as the first singles player from Asia, male or female, to reach the top spot in the rankings.”).

[19] See id. (“Osaka, who was born in Japan to a Japanese mother and a Haitian-American father, checks all the boxes for marketers.  She’s young, accomplished and multicultural, with a soaring social media following.”).

[20] See ESPN, supra note 9 (discussing sponsorships that Naomi Osaka has due to her talents as one of world’s greatest tennis players).

[22]See Sapna Maheshwari, Nike Is Suing a Star U.S. Runner to Swear Its Brand for the Olympics, Buzzfeed News (June 21, 2016), https://www.buzzfeednews.com/article/sapna/a-star-us-runner-is-crowdsourcing-money-to-fight-a-nike-laws (highlighting Nike’s lawsuit against former Olympian for not wearing its brand).

[23] See Sapna Maheshwari, Why Elite Female Athletes Are Turning Away from Major Sponsors, N.Y. Times (Aug. 8, 2021), https://www.nytimes.com/2021/07/30/business/female-athletes-sponsorship-apparel.html (“The smaller company [Athleta] was interested in supporting Ms. Felix’s career, and said it would not penalize her for losing races or choosing to have more children.”).

[25] See id. (“I asked Nike to contractually guarantee that I wouldn’t be punished if I didn’t perform at my best in the months surrounding childbirth.  I wanted to set a new standard.”).

[27] See id. (“Following this report, after broad public outcry and a congressional inquiry, Nike announced a new maternity policy for all sponsored athletes on Aug. 12.”).

[30] See Elena Nicolaou, Naomi Osaka Is out of the Olympics Tennis Tournament After a Surprise Upset, Oprah Daily (July 23, 2021), https://www.oprahdaily.com/entertainment/a36955434/who-is-naomi-osaka/ (“Growing up, all I was thinking was I want my mom to be happy and stop working.”).

[33] See id. (“[Failing to support athletes] would not only draw the ire of many consumers who staunchly support Biles, but also future athletes contemplating marketing relationships with any brands deemed tone deaf to the circumstances involved.”).

[34] See id. (“Being the best also means knowing how to take care of yourself.  We are inspired by her leadership today and are behind her every step of the way.").