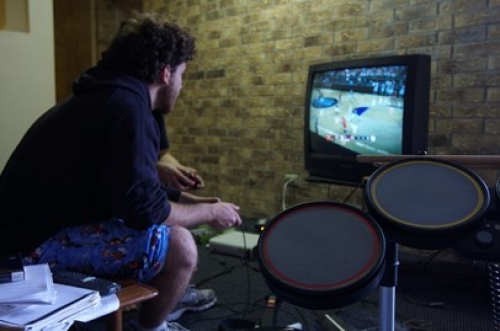 EA Sports is returning with a new college football video game – but not without facing an inevitable legal hurdle involving players’ name, image, and likeness (“NIL”) rights.[1]  Back in 2013, the EA Sports franchise discontinued its college football and basketball video game series as a lawsuit emerged between the franchise, athletes, and the NCAA regarding the athletes’ compensation rights for unauthorized use of their likenesses and physical descriptions in the games.[2]  From there, settlements resulted between EA Sports and the eligible athletes, though EA Sports lost support from the NCAA and other major conferences in the process.[3]  However, as for the athletes’ ensuing antitrust class action against NCAA, the Ninth Circuit Court of Appeals in O’Bannon v. NCAA refused NIL cash payments towards the athletes that were “untethered to their education expenses,” and reasoned that “not paying student-athletes is precisely what makes them amateurs” as required for NCAA participation.[4]

With the upcoming revival release this time around, EA Sports can sidestep the issue to some extent, thanks to a partnership with the Collegiate Licensing Company that allows EA Sports to use college logos, stadiums, and uniforms in lieu of depicting actual named athletes.[5]  Still, this may not be smooth sailing for the game as individual schools are announcing their intention whether to participate, and many schools have not yet decided.[6]  Perhaps the most newsworthy response was Notre Dame’s decision this past February to opt out “until such time as rules have been finalized governing the participation of our student-athletes” in upholding their NIL rights.[7]  Hence, the issue remains whether student athletes can take free rein over their athletic personhood, under the confines of current NCAA policy restricting compensation or through the granting of rights by legislature.[8]

For the athletes who challenged the NCAA in court over NIL rights, they were required to release such rights as a condition for eligibility to play in their respective division – in essence, a forfeiture of compensable monetary value associated with their individual identities in exchange for NCAA participation.[9]  The O’Bannon decision recognized this prohibition on compensation as an antitrust injury-in-fact because EA Games likely would have paid the athletes if there were no such rules.[10]  Further and against NCAA’s contention that NIL rights hold no value, the court found these rights were at least one component of an overall “bundle that schools provide to recruits,” of which NCAA’s price fixing has a “significant anticompetitive effect on the college education market” subject to antitrust scrutiny.[11]  Ultimately, NCAA’s compensation rules were found “patently and inexplicably stricter than is necessary to accomplish all of its precompetitive objectives” – i.e., promoting amateurism and competitive balance among NCAA schools – but the court still did not authorize compensation beyond the cost of college attendance.[12]

More recently and in response to public pressure to afford athletes their publicity rights, NCAA gave itself a deadline this January to update its compensation rules, premised on a set of principles geared towards student opportunity, transparency, diversity, equity, and fairness.[13]  So far, NCAA is not meeting this commitment, as it has postponed its decision due to need for more information.[14]  As delays and proposal rejections continue within NCAA, the organization may find itself subject to intervention in the form of federal legislation, while some states are already ahead of the process.[15]

Supreme Court for the Save?

Although the United States Supreme Court denied reviewing the O’Bannon case, it will nonetheless decide another case this term involving college athlete compensation in a different context – whether NCAA’s student compensation eligibility rules violate federal antitrust law.[16]  However, the issue in the forthcoming NCAA v. Alston case is more about limitations on compensation amount itself and eligible benefits, rather than NIL rights, which the lower Ninth Circuit decision identified as an issue distinct from the broader Alston issue of capping the already eligible compensation athletes receive for their services.[17]  Still, the decision is expected to address NCAA’s view of its own definition on amateurism and its interplay with federal antitrust law, which could implicitly affect future disputes over NIL compensation.[18]  At oral arguments last month, Petitioner NCAA defended its amateurism rules against antitrust scrutiny whereas Respondent athletes argued the price-fixing amateurism rules are a restraint of trade that deprives athletes the opportunity to obtain other education-related benefits.[19]

Luck through the Legislature

Amid the delay in NCAA updating its policy and in Congress enacting federal law, states have taken their own initiative in passing legislation protecting student athletes’ NIL rights, with six states already having passed bills and many others close to joining.[20]  California was the first to make the leap with its “Fair Pay to Play Act,” currently scheduled to take effect beginning 2022 or on the day NCAA’s updated rule is enacted, if earlier.[21]  As the race among the states stands, Florida will have the first active law on July 1 this year, allowing athletes NIL benefits that extend towards a broader state benefit in recruiting power.[22]

These laws, rather than limiting the schools’ profiting off individual athletes, give those players the power to contract their NIL rights with sponsors and brands.[23]  Considering the potential disarray if each state were to draft its NIL laws differently in form and level of protection afforded, federal legislation protecting individuals’ publicity rights appears to be the necessary solution (if not popular) for all parties involved – for NCAA in meeting the demand, for states in bridging the potential disparity in recruiting power, for the contractors like EA Sports seeking legal agreements, and of course for the individual athletes who enjoy the recognition of their rights.[24]  Until the country gets there, it’s a game to see which schools join the EA Sports remake and which states follow through on their protections.[25]

[6] See Matt Fortuna, Notre Dame, Wisconsin out of EA Sports College Football, but Nebraska, Miami, others are in: Tracking updates, Athletic (Mar. 9, 2021), https://theathletic.com/2408818/2021/03/09/notre-dame-wisconsin-out-of-ea-sports-college-football-but-nebraska-miami-others-are-in-tracking-updates/ (tracking seven declines, forty acceptances, and forty-nine “nothing yet” responses from institutions that have responded as of early March 2021).

[8] See Joe Schick, Name, Image, Likeness: It’s Do or Die for the NCAA, U. Cin. L. Rev. (Dec. 22, 2020), https://uclawreview.org/2020/12/22/name-image-likeness-its-do-or-die-for-the-ncaa/ (noting NCAA’s retention of control over school athletics and public’s concern over decades why athletes do not receive revenues).

[11] Id. at 1070-72 (reaching finding under first step of “Rule of Reason” framework that places burden on plaintiff to show anticompetitive effects within relevant market).

[20] See Ross Dellenger, With Recruiting in Mind, States Jockey to One-Up Each Other in Chaotic Race for NIL Laws, Sports Illustrated (Mar. 4, 2021), https://www.si.com/college/2021/03/04/name-image-likeness-state-laws-congress-ncaa (citing California, Florida, Colorado, Nebraska, New Jersey, and Michigan as states with passed legislation, and recognizing legislators’ attitudes that legislation is “necessity” for states to gain athletic and academic edge).