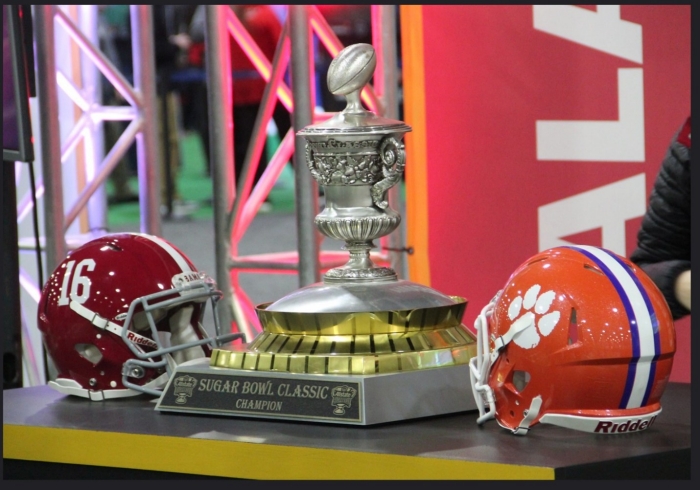 As you scroll down your Twitter feed, a variety of advertisements appear, advocating for the latest truck, or reminding you watch the premiere of a new television show.[1]  As social media opened up new advertisement platforms, companies, such as Nike and Adidas, have sought to advance their products using the most popular figures in sports, including collegiate athletes.[2]  These attempts have run directly counter to the National Collegiate Athletic Association’s (“NCAA”) goal of preserving the tradition and integrity of intercollegiate athletics rooted in amateur competition.[3]  Recently, the NCAA has shifted their tone, endorsing a proposal which would allow for college athletes to profit off their name, image, or likeness (“NIL”), and seeking assistance from Congress to standardize NIL rules across the country.[4]  The NCAA’s policy, and subsequent proposed federal legislation, has raised questions about how the NCAA can preserve the spirit of amateurism in intercollegiate athletics in the face of growing pressure to compensate student-athletes.[5]

An answer to these questions could possibly be found in a Canadian tax instrument called an Amateur Athlete Trust (“AAT”).[6]  This trust instrument, if adopted in a modified form in the United States, could provide financial compensation for amateur athletes after their amateur careers have been completed, while also maintaining student-athletes’ amateur status.[7]

Established in 1905, the Inter-Collegiate Athletic Association, later renamed as the NCAA, was created with the focus on improving the safety of college athletics, specifically college football players.[8]  However, with the introduction of collegiate broadcast rights and sponsorship agreements, collegiate athletics rapidly became monetized and the focus of the NCAA shifted, with more resources devoted towards preserving amateurism.[9]

The NCAA has defended the need to preserve amateurism, claiming that it protects student-athletes from the financial pressure placed on them by agents or other third-parties, as well as asserting the preservation of amateurism protects the integrity of intercollegiate competition.[10]  However, public opinion has shied away from the NCAA’s position on student-athletes, as many feel that student-athletes should be fairly compensated for their time and efforts.[11]  Most of this public opinion is swayed by the disparity between the efforts of unpaid student-athletes and their role in helping the NCAA and its member universities generate large revenue streams.[12] Such revenue spans from outside agreements, such as sponsorship agreements and broadcast rights, to the student-athletes participating in large collegiate athletic events, such as the NCAA’s annual men’s basketball tournament, “March Madness.”[13]  The pressure from public opinion has led to various politicians proposing different legislative solutions, such as Senators Cory Booker and Richard Blumenthal’s proposition for colleges to share half the revenues with student-athletes.[14]  While these solutions offer fair compensation to student-athletes, there is a potential they could undermine amateurism within intercollegiate athletics.[15]

One potential solution to reconcile compensating student-athletes with the preservation of amateur intercollegiate athletics is for the adoption by the United States of modified version of AATs.[16]  Found in the Canadian Income Tax Act, an AAT allows for amateur athletes to receive income from their efforts on and off the field into a tax-exempt fund for the duration of their amateur athletic careers, or eight years after their amateur athletics careers have ended.[17]  To qualify for an AAT, an athlete must be: (1) registered with a Canadian amateur athletic association, (2) qualified in an international sporting event sanctioned by an international sports federal, and (3) not be a professional athlete.[18] Athletes who opt to use an AAT can continue to maintain their amateur status as long as they do not withdraw or realize the tax-free income from the AAT.[19]

Similar solutions to AATs have been proposed in the United States, calling for the NCAA to create a fund, financed by the member universities, that will pay out to a certain sum to student-athletes upon graduation based on the percentage of revenue that athlete’s sport generated for the university.[20]  However, critics of this proposal have argued that this does not solve the immediate issue of student-athletes being able to immediately enjoy the fruits of their labor.[21]  Individual states have also sought to implement similar devices, with South Carolina State Senator Marlon Kimpson proposing a bill which would require universities deposit a percentage of their sports revenue into a fund that would pay out a single payment of up to $25,000 to student-athletes.[22]

The Future of Amateurism in College Athletics

Two stars of intercollegiate athletics, Zion Williamson (now of the New Orleans Pelicans) and Trevor Lawrence of Clemson University, could have generated just over a million dollars from their social media presence alone.[23]  Under an unregulated compensatory regime, elite college athletes  could generate incomes on the scale of professional league minimum salaries, potentially jeopardizing the integrity of college athletics.[24]  As the current climate is moving towards compensating student-athletes, it is necessary to search for options, such as AATs, to maintain the integrity of college athletics.[25]

While AATs might fall short in giving student-athletes immediate financial relief, student-athletes would be able to secure themselves financially for any potential disruptions to their amateur careers, such as a serious injury.[26]  Further, AATs would disallow direct financial incentives towards student-athletes during their playing days, permitting student-athletes to focus primarily on their education and their individual sport.[27]  AATs could also discourage high school athletes from pursuing other professional opportunities, either domestic or abroad, which risk potential academic and personal growth for many young athletes, which a college education provides.[28]  Introducing AATs into the United States could change the current landscape, allowing amateurism to be preserved while also permitting student-athletes the ability to share in the revenue from their athletic efforts.[29]

[9] See id. (stating that while NCAA had early protections of amateurism, these protections did not take priority until later in time, as NCAA’s events, such as “March Madness”, began to generate large revenue streams for both NCAA and its members universities).

[11] See Michael T. Nietzel, Americans Now Overwhelmingly Support College Athletes Earning Endorsement And Sponsorship Money, Forbes (Feb. 11, 2020), https://www.forbes.com/sites/michaeltnietzel/2020/02/11/americans-now-overwhelmingly-support-college-athletes-earning-endorsement-and-sponsorship-money/?sh=25e5a1aa648e (referencing recent survey which found that “two-thirds of adults now believe college athletes should be permitted to earn money from the use of their [NIL]” and over half belief student-athletes should share in revenue of broadcast agreements).

[16] See Huxtable, supra note 7 (describing AATs as “specialized trusts permitted by the Canadian government . . . to provide a financial solution for amateur athletes who needed to maintain their amateur status for their athletic careers but also . . . plan for a financially viable future.”)

[22] See Emily Bohatch, Should College Athletes Be Paid a Stipend? New SC Bill Could Give Them Up to $25,000, The State (Dec. 15, 2020), https://www.thestate.com/news/politics-government/article247837735.html (detailing State Senator Kimpson proposed bill to provide semesterly and one-time stipends to student-athletes from established fund).

[23] See Chris Bengel, Trevor Lawrence, Zion Williamson Might Have Made Over $500K Under New NCAA NIL Rule, Report Estimates, CBSSports (May 1, 2020), https://www.cbssports.com/college-football/news/theres-optimism-that-college-football-stadiums-will-be-fully-open-this-fall-but-will-fans-come-back/ (calculating potential income which could be generated by college athletes through their social media presence).

[24] See Connor Fleming, How Do The Minimum MLS and NWSL Salaries Compare to Other U.S. Sports?, The18 (Feb. 6, 2019), https://the18.com/en/soccer-entertainment/minimum-salary-in-pro-sports (detailing minimum salaries for Big Four American sports to be around $500,000).

[26] See Khristopher J. Brooks, NCAA Athletes Getting Paid: Thousands Could Be In Their Futures, CBS News (Nov. 1, 2019), https://www.cbsnews.com/news/ncaa-athletes-getting-paid-thousands-could-be-in-their-future/ (stating concerns among student-athletes that compensation either through sponsorship or direct payments would lift fears of being “always one injury away from never being able to play again.”).