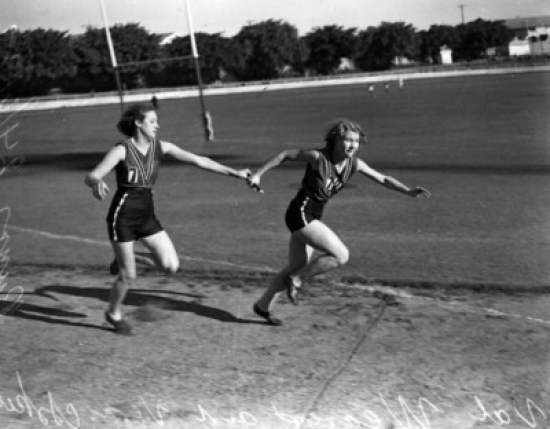 In 2014, Alysia Montaño ran the 800-meter race at the U.S. Track and Field Championships at 8 ½ months pregnant.[1] Just a few weeks after the race, the five-time national track champion gave birth to her first child.[2] It was not the last time Montaño would run a race while pregnant; in 2017, she again participated in the national championships at 5 months pregnant.[3] While the pregnancies did not seriously curtail her career or harm the health of her family, Montaño pointed out in a New York Times op-ed that other female athletes were forced to choose between motherhood and earning a living.[4] Nike, for example, refused to pay one female athlete until she began racing marathons again.[5] Fortunately, Nike has since changed its maternity leave policy to be more accepting of pregnant athletes.[6] However, Montaño’s story and the situation of other female athletes points to a serious problem in the United States: the lack of  national paid maternity leave .[7]

The Family Medical Leave Act of 1993 (“FMLA”) covers maternity leave in the United States.[14] When first introduced in Congress, the act proposed 6 months of unpaid leave for new parents.[15] However, by the time the act was signed by President Clinton, the 6 months of unpaid leave had been cut down to 12 weeks of unpaid leave.[16] The FMLA does not apply to all employees; the act only applies to government and private sector employers with more than 50 employees.[17] Further, employees must work at least 1250 hours within 12 months of when leave starts and have worked within 75 miles of where an employer has more than 50 employees in order to qualify.[18] These restrictions make it difficult for athletes and other non-traditional workers, who may travel frequently or work as independent contractors, to apply even for the most basic unpaid benefits available under the act.[19]

[3] See Katie Kindelan, Nike to change pregnancy policy in athlete contracts after backlash, ABC News (May 20, 2019), https://abcnews.go.com/GMA/Wellness/nike-change-pregnancy-policy-athlete-contracts-backlash/story?id=63147457 (indicating race occurred while she was 5 months pregnant with her second child).

[4] See Alysia Montaño, Nike Told Me to Dream Crazy, Until I Wanted a Baby, N.Y. Times (May 12, 2019), https://www.nytimes.com/2019/05/12/opinion/nike-maternity-leave.html (explaining female athletes are “often the breadwinners in their families” and are required to sign exclusive sponsorship contracts with companies to provide a steady stream of income, but no competition means no payment).

[7] For a further discussion of the negative impacts of the lack of nationally available maternity leave in the United States, see infra notes 20-26 and accompanying text.

[8] See The Economist Staff, America is the only rich country without a law on paid leave for new parents, Economist (July 18, 2019), https://www.economist.com/united-states/2019/07/18/america-is-the-only-rich-country-without-a-law-on-paid-leave-for-new-parents (stating only other nation lacking nationally supported paid maternity leave is Papua New Guinea).

[9] For a further discussion comparing the United States to other industrialized countries, see infra notes 10-13 and accompanying text.

[10] See U.S. Mission to the OECD, What is the OECD?, U.S. Dep’t of State, https://usoecd.usmission.gov/our-relationship/about-the-oecd/what-is-the-oecd/ (last visited Mar. 20, 2020) (noting OECD member countries “account for 63 percent of world GDP” and work together to promote economic development and reporting all members of OECD are representative democracies).

[12] See id. (reporting United Kingdom had most generous leave policy at 52 weeks, followed by Greece at 43 weeks, and Republic of Ireland at 42 weeks; Korea and Mexico offer approximately 12 weeks; and Australia and Portugal each offer 6 weeks).

[16] See id. (indicating 12-week maximum leave time was not based on advice of medical and child development experts).

[18] See id. (stating 1250 hours does not include time spent on vacation, sick leave, or PTO; additionally, employee must have worked for specific employer for at least 12 months).

[20] For a further discussion of the positive impacts of paid maternity leave, see infra notes 21 - 26 and accompanying text.

[25] See id. (explaining attrition rates higher among female workers without paid maternity leave and some employers would rather pay for maternity leave than go through process of replacing talented employee).

[28] For a further discussion of how the United States is moving in the right direction, see infra notes 20-26 and accompanying text.

[30] See Mercer, The pressure is on to modernize time-off benefits: 6 survey findings, Mercer (Jan. 16, 2019), https://www.mercer.us/our-thinking/healthcare/the-pressure-is-on-to-modernize-time-off-benefits-6-survey-findings.html (noting “[p]aid parental leave has gone mainstream. About two-fifths of survey respondents now offer paid parental leave for both the birth and non-birth parent, compared to only about a fourth of respondents in our 2015 survey.”).

[32] For a further discussion of how paid maternity leave produces positive health outcomes for mothers and their newborns, see supra notes 20-26 and accompanying text.