XFL 2.0: A Solution to Spring Football or a Potential Bargaining Chip for the NFLPA 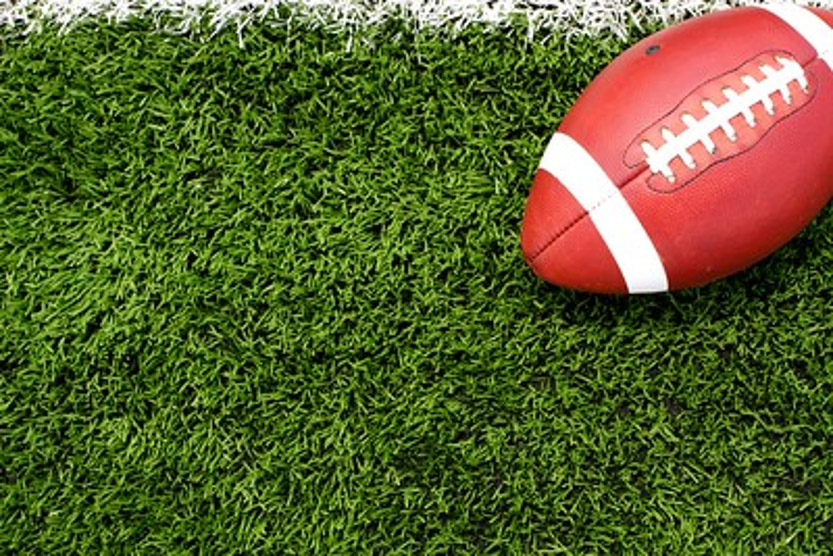 On Sunday, February 2nd, 2020, the National Football League (“NFL”) 2019 season concluded with Super Bowl LIV between the Kansas City Chiefs and San Francisco 49ers.[1]  While millions of viewers tuned in for the Super Bowl, NFL insiders have turned their attention to the ongoing negotiations between the NFL and the NFL Players Association (“NFLPA”) over the current Collective Bargaining Agreement (“CBA”), agreed to in 2011 and expires at the conclusion of the 2020 NFL season.[2]  While both sides hoped to reach an agreement in September 2019, before the kick-off of the 100th season of the NFL, negotiations hit an impasse and remained unsettled going into Super Bowl LIV weekend.[3]

The view among the NFL players and the NFLPA is a labor stoppage seems likely when the current CBA expires in March 2021.[4]  While a labor stoppage occurred at the conclusion of the 2011 CBA for eighteen weeks, this time around, attitudes and bargaining positions could be different.[5]  One big change is the kick-off of the XFL, a professional football league owned by World Wrestling Entertainment’s Vince McMahon, which began its first season Saturday, February 8th.[6]

The NFL is unique from other American sports leagues, such as the National Basketball Association (“NBA”), as the NFL is the only professional football league capable of paying players a salary closest to their actual worth.[7]  By having the XFL kick-off before the expiration of the current CBA, the XFL could be in a unique position to attempt to cherry-pick current NFL players or NFL free agents, if a labor stoppage occurs.[8]  The possibility also exists that the XFL could be a bargaining chip for the NFL players in order to achieve the most optimal conditions for themselves under a future CBA.[9]

In 2011, after heated negotiations and an eighteen-week work stoppage, the NFLPA and the NFL owners agreed to a new Collective Bargaining Agreement.[10]  The ten-year agreement granted NFL players forty-seven percent of the NFL’s revenue and introduced new safety guidelines for the players.[11]  However, in hindsight, the 2011 CBA extension gave the NFLPA a smaller share of the financial revenues compared to their approximately 50/50 split of revenues in the 2006 CBA extension[12]  While the NFLPA suffered a lower share of financial revenues in the 2011 CBA, it was accompanied by various updates to the player safety guidelines.[13]  However, the 2011 CBA would shift economic power to NFL owners while endowing the NFL players with much of the financial risks associated with playing in the NFL, by disallowing fully-guaranteed contracts for the players.[14]

The relationship between the NFL and the NFLPA, leading into the current CBA negotiations, is not the best of friendships, as NFL players feel they suffered a loss from the 2011 CBA.[15]  Prominent NFL players, such as Todd Gurley and Richard Sherman, have expressed their “dig-in” philosophy, preparing for a long hold-out to ensure the NFL players benefit from the new CBA.[16]

The ongoing CBA negotiations have the two sides discussing two subsets of compromises: economic and non-economic.[17]  The economic compromises being discussed include many topics such as altering the revenue allocation and increasing stadium credits.[18]  On the flip-side, the non-economic topics being negotiated include healthcare for NFL players and their families for life and reforming the NFL drug policy, especially towards marijuana.[19]  However, what is emerging as the greatest roadblock to the negotiations, and what might spiral the negotiations into a labor stoppage, is the expansion of the financial lucrative NFL regular season to either seventeen or eighteen games.[20]  The NFLPA has been vocally against an elongated regular season, citing the growing concern and awareness of NFL player safety.[21]  Due to this roadblock, negotiations have continued well past the self-imposed September 2019 deadline originally given for the agreement of a new CBA.[22]

Introduction of the XFL

The current version of the XFL is a reboot of the 2001 version of the XFL, which was also founded by World Wrestling Entertainment’s Vince McMahon, that lasted for one season.[23]  The 2001 XFL sought to provide a more entertaining product in comparison to the NFL, introducing rules which made the game more violent and allowed players to use nicknames.[24]  However, after twelve weeks, the 2001 XFL lost approximately $70 million and was criticized by reporters such as Jason Gay of the Wall Street Journal as “a gladiatorial wedgie upon an allegedly effete NFL.”[25]

On December 21, 2017, Vince McMahon sold about $100 million in stock of WWE to finance the beginning of a new XFL.[26]  From that starting a point, the XFL sought to change its image from a loosely controlled, wild-west style league to a more “buttoned-up” and professional organization.[27]  Rule changes, such as a hockey-style shootout for overtime, the ability to go for three-points after scoring a touchdown, and a running game clock, will seek to speed up the game and encourage casual viewership.[28]  Further, the XFL will seek to capitalize as a complementary spring football league to the NFL, in a market which indicates a demand for more football viewership opportunities.[29]  If the XFL can survive past its inaugural season, the league could be in an advantageous position to take advantage of any NFL labor stoppage in 2021.[30]

Impact of XFL on the NFL 2021 CBA Negotiations

During Vince McMahon’s first attempt at the XFL, the timing of the season coincided with a period where the NFL was in the midst of a labor dispute with the NFL players.[31] Similarly, the second attempt at the XFL will coincide with the looming potential of a labor stoppage for the NFL at the conclusion of NFL’s 2020 season.[32]  One opportunity the timing of XFL kick-off possibly presents to the NFLPA is a potential bargaining chip for alternative means of compensation for locked out players.[33]

Unlike players in the National Basketball Association (“NBA”) or the National Hockey League  (“NHL”), who have the option to go overseas and play their respective sports in foreign professional leagues for a slight salary decrease, NFL players can only seek competitive salaries to their actual worth from the NFL.[34]  This is because no alternative professional football league, either abroad or domestic, exists which could offer NFL players comparable economic opportunities to play football similar to that of the NFL.[35]  If an alternative league existed, which could provide competitive salaries and benefits, this would theoretically put NFL players in a dominant position in any future CBA negotiations.[36]  NFL players would have the option during negotiations to walk away from the NFL and collect a salary from the alternative league.[37]

However, the XFL would fall flat of being a reasonable bargaining chip for the NFLPA during current and future CBA negotiation due to the policy of the XFL and structure of XFL contracts.[38]  The XFL policy has been to disallow their players under contract to negotiate with NFL teams.[39]  This policy speaks to the intention of XFL Commissioner Oliver Luck to foster development of players within the XFL, which he believes would improve the football product on the field for the XFL.[40]  This policy would weaken the position of the XFL as a negotiating tool for the NFL players, as it disallows free movement for NFL players back to the NFL to capitalize on any benefits negotiated in a future CBA.[41]  Further, XFL contracts offer players a salary nowhere near competitive to an amount that would entice NFL players to the XFL and threaten the NFL’s hold of the unique position of being the only professional league capable of offering players their worth.[42]  An incoming NFL rookie currently has minimum salary floor of $495,000 per season.[43]  Meanwhile, the XFL only offers this similar salary to the league’s top quarterbacks, while the rest of an XFL roster averages a seasonal salary of $55,000, with each player receiving $1,685 per game they are active and another $2,222 if the active player is on the winning team that week.[44]

This disparity between pay structure and the emphasis of the XFL to develop the players instead of being a stop on the route to the NFL, diminishes XFL’s ability to be a viable bargaining chip in the upcoming NFL CBA negotiations.[45] to players offer   While the threat of the XFL might be minor to the NFL in negotiations, the NFL players should capitalize on every chance of leverage available to them, including the threat of the XFL.[46]

[7] See Michael Colangelo, XFL and the AAF could be a negotiating tool for players in 2021, Touchdown Wire (July 24, 2018), https://touchdownwire.usatoday.com/2018/07/24/xfl-and-the-aaf-could-be-a-negotiating-tool-for-players-in-2021/ (highlighting advantage NFL has in being capable of offering competitive salaries to professional football players’ worth, compared to other American professional sports leagues, where respective professional sports league’s athletes can seek minor pay cuts to play professionally abroad).

[9] See id. (providing possibility that XFL could be utilized as one bargaining chip within future CBA negotiations for NFL players).

[10] See Andrew Brandt, The NFL and NFLPA Are Both Posturing When They Could Just Start Negotiating the CBA, Sports Illustrated (June 11, 2019), https://www.si.com/nfl/2019/06/11/nfl-nflpa-cba-negotiation-lockout-2021 (recounting various events which unfolded prior to 2011 CBA’s agreement between NFL and NFLPA).

[20] See Andrew Brandt, The NFL and NFLPA Are Both Posturing When They Could Just Start Negotiating the CBA, Sports Illustrated (June 11, 2019), https://www.si.com/nfl/2019/06/11/nfl-nflpa-cba-negotiation-lockout-2021 (summarizing discontent between longer NFL regular season with NFL player’s interests and safety concerns arising from longer season).

[23] See James Pasley, The rise and fall of XFL – Vince McMahon’s wild, sexualized, exaggerated answer to football that lived and died in one season, Business Insider (Jan. 29, 2020), https://www.businessinsider.com/xfl-america-history-of-football-league-first-season-2020-1 (describing beginnings of XFL in 2001).

[24] See id. (characterizing XFL as more entertaining then its NFL counterpart, through such factors as players wearing mics in-game and hot tubs in either endzone filled with strippers).

[30] See Michael Colangelo, The XFL should be planning for an NFL work stoppage now, Touchdown Wire (May 28, 2019), https://touchdownwire.usatoday.com/2019/05/28/xfl-nfl-lockout-strike-cba-work-stoppage/ (noting strong position XFL could be in to recruit NFL level talent if XFL’s inaugural season becomes successful).

[32] See id. (describing situation XFL will find itself in if current NFL CBA expires without new agreement in place).

[33] See id. (describing potential for XFL to be utilized as negotiating tool in any upcoming CBA negotiations).

[34] See Colangelo, supra note 7 (noting unique situation where NFL has no other alternative leagues or competitor leagues, as such, NFL players do not have ability to seek other opportunities to play football).

[35] See id. (finding no other leagues exists across world which could pay NFL players fraction or competitive wage in comparison to NFL).

[39] See id. (quoting XFL Commissioner Oliver Luck, who stated “[o]nce a player signs a contract – once he passes his physical and signs a contract – then he’s under contract with us. We won’t release that player to the NFL until after our season. We need certainty. We can’t just have guys peeling off.”).

[41] See Colangelo, supra note 30 (finding that strength of XFL threat is ability of players to opt-out of XFL contracts and return to NFL).

[45] For further discussion of shortcomings of XFL being used as a bargaining chip in future NFL CBA negotiations, see supra notes 38-44 and accompanying text.

[46] See Colangelo, supra note 7 (noting that while XFL might not be massive leverage for NFL players, players should still utilize every option available to them).