Sport or Scapegoat: The Recognition of Cheerleading as a Competitive Intercollegiate Sport and its Impact on Title IX Compliance 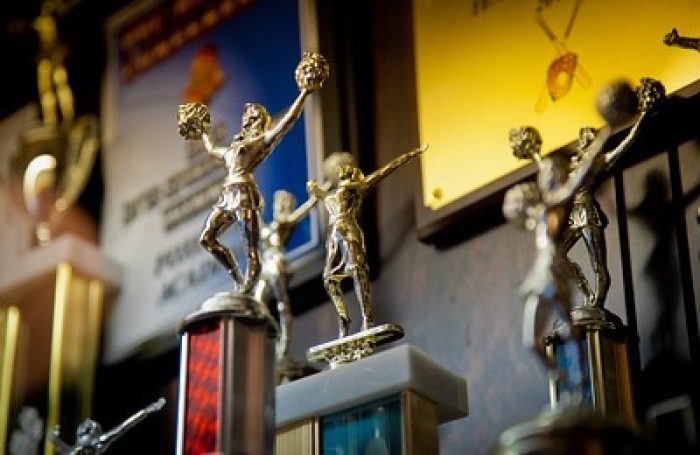 Next to football, cheerleading remains the most injurious activity for both high school and college athletes, with a large number of female cheerleaders suffering serious, direct catastrophic injuries.[1] Despite this risk of severe injury, which is inherent to most sports, the courts, Title IX guidelines, and the National Collegiate Athletic Association (“NCAA”) all continue to deny cheerleading the status of a sport.[2]

A sport must meet certain requirements in order to qualify for the NCAA, including high participation numbers and sponsorships and varsity-level competition against teams within the intercollegiate structure.[3] Additionally, a participant is defined as an athlete who is “receiving the institutionally-sponsored support normally provided to athletes,” including “coaching, equipment, medical and training room services;” and who is participating in “organized practice sessions and other team meetings;” and whose name appears on the eligibility list for each sport.[4] Further, the Office of Civil Rights (“OCR”) warns that only actual participants be counted as “participation opportunities must be real, not illusory.”[5]

Whether cheerleading should be considered a sport has implications that reach beyond being recognized by the NCAA.[6] One of the most controversial issues is whether cheerleaders should be counted as athletic participants for purposes of calculating prong one of the three-part test for Title IX compliance.[7] Prong one of the test states that an institution is in compliance with Title IX if “the number of male and female athletes is substantially proportionate to their respective enrollments.”[8]

Proponents to the addition of cheerleading argue that sport-status is crucial in order for competitive cheerleaders to receive the necessary support and resources such as college scholarship opportunities, better facilities and equipment, and more funding for coaches’ salaries.[9] Proponents further emphasize that cheerleading has evolved into a competitive display of athleticism that mirrors that of already-existing varsity sports.[10] Take STUNT, for example—the fastest growing female sport in the country.[11] STUNT differs from traditional cheerleading in that it does not involve the crowd-leading element.[12] Rather, it is centered around the technical components of cheerleading and includes four quarters of play: (1) partner stunts; (2) pyramids and tosses; (3) jumps and tumbling; and (4) team routine.[13] STUNT is considered an “emerging sport” per the NCAA, which the NCAA defines as “a women’s sport … that is intended to help schools provide more athletics opportunities for women and more sport-sponsorship options for the institutions, and also help that sport achieve NCAA championship status.”[14]

On the other hand, opponents of giving cheerleading sport-status argue that it is an avenue for institutions to evade the intended purposes of Title IX by including an activity that is most commonly comprised of female participants, but does not truly equate to the varsity sport competition level.[15] As such, adding cheerleading does not create any new actual (as opposed to illusory) sports participation opportunities for women.[16] In fact, institutions could simply count cheerleading for compliance purposes but continue to take resources and money away from other, more popular and strictly women’s team sports.[17] Most cheerleading teams have the capability to be co-ed, meaning they are comprised of both male and female athletes.[18] Thus, institutions worry that this will pose a problem for Title IX compliance if its cheerleading programs do not have equal opportunities for both men and women participants.[19]

These competing arguments came to a head in the case of Biediger v. Quinnipiac University, when members of the women’s volleyball team filed a federal lawsuit against Quinnipiac University, claiming that it violated Title IX after it planned to cut the women’s volleyball team and replace them with a competitive cheerleading team.[20] In 2010, the District of Connecticut held, and the 2nd Circuit affirmed, that participants on the cheerleading squad could not be counted as varsity athletes for purposes of Title IX compliance.[21] However, the District Court emphasized that it did not want to minimize or “belittle competitive cheer as an athletic endeavor,” and recognized the potential for competitive cheerleading to qualify as a sport under the NCAA and Title IX in the future.[22] Accordingly, even though Biediger v. Quinnipiac made a final determination on the particular facts of that case, the Court’s dicta ultimately leaves the door open to a future where cheerleading is acknowledged as a competitive intercollegiate sport.[23]

[2] See Greenspan, supra note 1 (discussing how the judiciary, legislature, and NCAA have all failed to recognize cheerleading as a sport).

[6] See James J. Hefferan, Jr., A Sporting Chance: Biediger v. Quinnipiac University and What Constitutes A Sport for Purposes of Title IX, 26 Marq. Sports L. Rev. 583, 598 (2016) (discussing cheerleading as a sport and the effect it has on Title IX compliance).

[21] See id. at 105 (reasoning that lack of off campus recruitment, uniform rules in a competition setting, and progressive playoff system “sufficiently distinguished” the cheerleading program from a traditional varsity team).