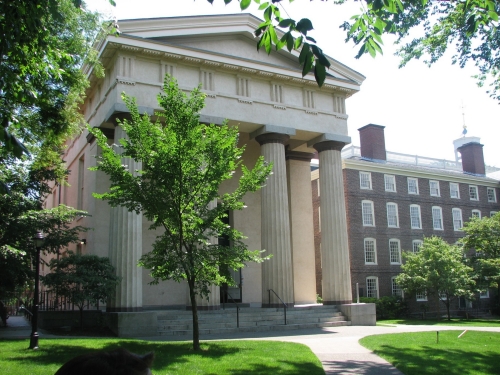 On May 28, 2020, Christina Paxson, President of Brown University, announced the University’s transition of men and women’s golf, men and women’s fencing, women’s skiing, men and women’s squash, women’s equestrian, and men’s track, field and cross country to club status.[1]  Brown officials made this decision after an external review of Brown Athletics found that “the high number of varsity sports at Brown was a barrier to competitiveness.”[2]  This decision prompted the ACLU and Brown student-athletes to take legal action to reinstate the affected teams to varsity status.[3]  This blog post provides an analysis of the strategic challenges made against Brown’s decision to demote its varsity athletic programs.[4]

Brown’s May 28th announcement was met with overwhelming criticism that the elimination of the men’s track, field, and cross-country teams diminished diversity within Brown athletics.[5]  It did not help that the University released this announcement just days after George Floyd’s murder, which spawned nationwide turmoil over racial injustice.[6]  At first, Brown did not respond positively to the calls, emails, petitions, and open letters it received requesting the reinstatement of the men’s track, field, and cross-country team; instead, the President said she remained “committed to the decision to reduce the number of teams.”[7]  Eventually, this message softened and on June 9th President Paxson announced Brown’s restoration of its men’s track, field and cross-country teams’ varsity status.[8]  The reinstatement did not have any effect on the eight other varsity programs that were demoted to club status.[9]

Title IX of the federal Education Amendments of 1972 protects people from discrimination based on sex at colleges or universities that receive federal funding.[10]  A university may demonstrate that its varsity athletic programs are compliant with Title IX in different ways.[11]  Brown adheres to a concept called substantial proportionality to maintain compliance with Title IX, where the University ensures the percentages of male and female athletes are proportionate to the male and female students enrolled at the school.[12]  This approach is guided by Cohen v. Brown,  a 1992 federal lawsuit in which the court found that Brown’s female athletes were underrepresented at the University.[13]  This case ended in 1998 with a settlement agreement that established the gender ratio Brown must maintain to be in compliance with Title IX.[14]

Fast forwarding two decades after Cohen v. Brown, Brown University made the decision to eliminate five women’s sports teams and only three men’s teams after Brown reinstated the men’s track, field and cross-country teams.[15]  The American Civil Liberties Union (ACLU) and Public Justice filed a motion arguing Brown’s reinstatement violated the terms of the 1998 settlement agreement, where Brown agreed to “provide gender equality in varsity sports in compliance with federal Title IX law .”[16]  In a statement, Brown defended its commitment to women’s sports and said it is confident it is in compliance with the 1998 agreement and Title IX.[17]

Other Challenges Against This Decision

In addition to the ACLU and Public Justice, a coalition of affected student-athletes and their families enlisted Jeffrey Kessler as their legal representation in hopes to reinstate their varsity sports’ status.[18]  The coalition has at least one representative from the eight remaining teams that lost their varsity status.[19]  So far, Kessler has sent a letter to President Paxson to reconsider the decision to demote the sports teams.[20]  In the letter, Kessler emphasizes various points of legal exposure Brown has opened itself to with this its decision.[21]  The main point Mr. Kessler mentions in his letter is that Brown’s misrepresentations and material omissions violate Rhode Island law and the University’s conduct may be subject to actual and punitive damages.[22]

Brown University on September 17, 2020, reached a new settlement agreement with its female athletes after months of accusations and court filings between the administration and representatives of its sports teams.[23]  This agreement sets a 2024 end date to the Cohen v. Brown settlement agreement, that previously had no end date.[24]  In exchange for an end date of the Cohen agreement, Brown will reinstate women’s equestrian and fencing.[25]

Brown’s Athletic Director believes that the settlement will allow the University to be able to reshape its athletics programs so Brown’s teams can stay competitive among other universities.[26]  Brown’s President Christina Paxon is also pleased with the settlement because she believes the Cohen agreement served an important purpose when it was signed, but it has restricted Brown’s efforts to increase opportunities for student athletes to be a part of a competitive program.[27]  Who “won” in this situation is up for interpretation.  Brown will still have the highest number of varsity teams in the country.[28]  In addition, Brown’s rushed decision making may have turned future athletes off from wanting to attend the school, which decreases the “competitiveness” Brown is striving to attain.[29]  A sophomore and former skier from Brown said, “[n]ot only did [Brown] lose through the legal system, they’ve lost in their image and the way that they’ve conducted themselves.”[30]

[2] Paxson, supra note 1 (setting forth Brown’s position for eliminating varsity sports teams); see also Ross Dellenger, Brown University Athletes Who Lost Their Sports May Have Their Day in Court, Sports Illustrated (June 22, 2020), https://www.si.com/college/2020/06/22/brown-university-athletes-legal-action-cut-teams (“Brown sponsored 38 varsity sports, the third most in NCAA Division I, and it has earned the fewest number of Ivy League championships over the last 11 years.”).

[4] For further discussion of the social justice and legal implications of Brown’s decision, see infra notes 5-18 and accompanying text.

[6] See Alan Blinder & Talya Minsberg, Inside the Sophisticated Campaign to Save Men’s Running at Brown, N.Y. Times (June 15, 2020), https://www.nytimes.com/2020/06/15/sports/brown-track-and-field.html (“Elevating questions about why Brown would demote teams with diverse rosters.”).  In her letter to the community, President Paxson discussed the release date of the University’s decision.  See Christina Paxson, Addressing Brown Varsity Sports Decisions, Brown Univ. (June 6, 2020), https://www.brown.edu/about/administration/president/statements/addressing-brown-varsity-sports-decisions (“I never could have imagined the release of the initiative would come on the heels of one of the most heart-wrenching moments in our nation’s history – the death of George Floyd . . . and I am truly sorry for the impact the collision of these circumstances have had on so many in our community.”).

[9] See id. (“[T]he change does not alter other decisions to reduce the number of varsity sports . . . to increase the competitiveness of athletics at Brown.”).

[10] See What is Title IX, Harvard Univ., https://titleix.harvard.edu/what-title-ix (“No person in the United States shall, on the basis of sex, be excluded from participation in , be denied the benefits of, or be subjected to discrimination under any education program or activity receiving Federal financial assistance.”).

[14] See Civil Rights Litigation Clearinghouse, https://www.clearinghouse.net/detail.php?id=13910 (“The settlement agreement had “indefinite duration,” and required relative participation on intercollegiate athletic teams to be within 3.5% of the gender ratio for undergraduate student enrollment.”).

[21] See id (“I write to advise you of the significant legal exposure that the University will face unless immediate steps are taken to restore these teams to Varsity level.”) (quoting Jeffrey L. Kessler).

[24] See id. (describing end of Cohen agreement that required Brown “to maintain a strict and specific proportion of athletic opportunities for women that is close to the proportion of women in its undergraduate population”).

[25] See Anderson, supra note 23 (“[W]omen’s equestrian and fencing are being restored because equestrian does not have a parallel men’s team and fencing met certain measurements and important goals of the university.”) (quoting Brian Clark, Brown’s Assistant Vice President for News and Editorial Development).

[27] See id. (“We are very pleased with the settlement.”) (quoting Christina Paxson).

[28] See id. (“With Stanford University’s recent announcement that it is eliminating 11 varsity teams, Brown and Harvard will still have the highest number of varsity teams in the country.”).

[29] See Anderson, supra note 23 (observing decision making was done with lack of communication and was overly focused on winning games during the distress and uncertainty of the coronavirus pandemic).